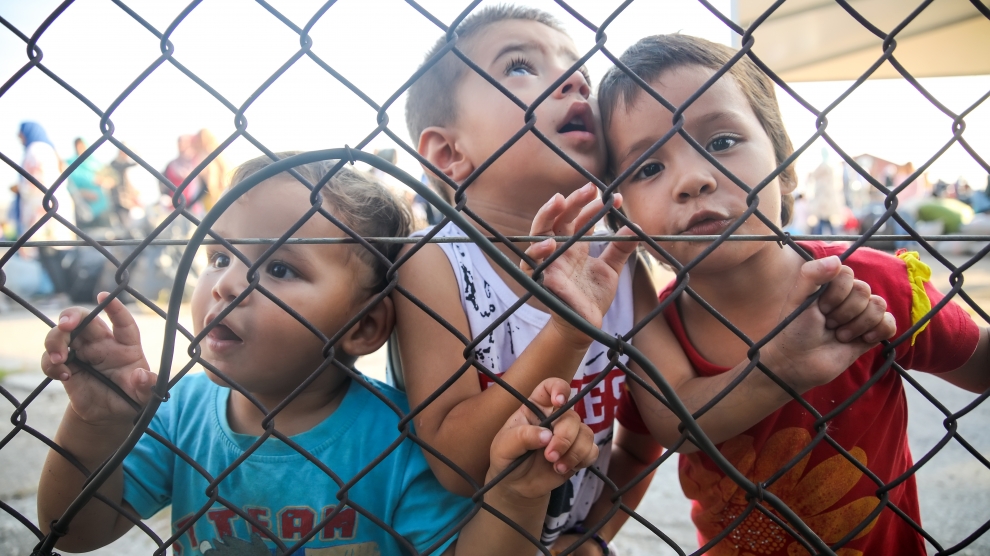 The world is becoming less tolerant of migrants

The world is becoming less tolerant of migrants, according to a poll released this week as Europe prepared to unveil a new asylum plan in the wake of a blaze at an overcrowded camp in Greece that left thousands without shelter. Seven European countries, led by North Macedonia, Hungary, Serbia and Croatia, topped the Gallup index of the world’s least-accepting countries.

In Turkmenistan, denial and inaction are making a food crisis worse

Government inaction in response to the economic fallout of the Covid-19 pandemic has drastically exacerbated Turkmenistan’s pre-existing food crisis. Shortages of subsidised food, accelerating since 2016, have worsened, with people waiting hours in line to try to buy more affordable food products, often being turned away empty-handed.

Western travel writers are hooked on Balkan war stories. Local voices could be the answer

Foreign travel writers in the Balkans often find themselves falling back on wartime tropes. But 25 years on from the Yugoslav conflict, such comparisons no longer hold up to scrutiny. It’s time for reporters to look a little harder — both at the region, and themselves.

European regulators gave the green light for international banks to handle billions of dollars that flowed from the former Soviet Union through Latvia’s banking sector, even as thousands of these transactions were being red-flagged to the US Treasury, leaked bank records show.

German trade with its eastern neighbours began recovering in July after the devastation the coronavirus pandemic caused to ties between the highly integrated economies of central Europe, but only in the case of Poland was there a return to growth.

In conservative Tajikistan, Gen Z activists are using Instagram to fight for feminism

For years, the scars of Tajikistan’s bloody civil war has left many people craving stability and social norms. Now, a new online generation is moving past conflict — and embracing feminism.

With all its dramas and turmoil, the 20th century was not kind on Armenia, where sport and football were far from a priority. The country nevertheless emerged from it all with a resilience and strength that can also be found in its clubs and national team.

Balkan wines have been making inroads on the global wine scene in recent years. But a surplus of unsold wine due to the Covid-19 pandemic could prove devastating.

In Serbia, China’s Digital Silk Road might be in trouble very soon

A breakthrough agreement signed between Serbia and Kosovo could spell the end of Huawei’s thriving presence in Serbia.

The officials who ran Ukraine before its revolution in 2014 are believed to have stolen billions of US dollars. One crony gave Viktor Yanukovych, when he was president, a solid gold loaf of bread. So nabbing a regional forestry official for a 10,000 US dollar bribe may seem like small potatoes. But the sentencing on August 28 of Oleksandr Levkivsky, who stands to serve four years in prison for taking a kickback to let out public land, is a big deal.

This latest addition to the rich constellation of animated superheroes marks a fresh attempt by Kazakh artists to offer heroic antics with a local twist.