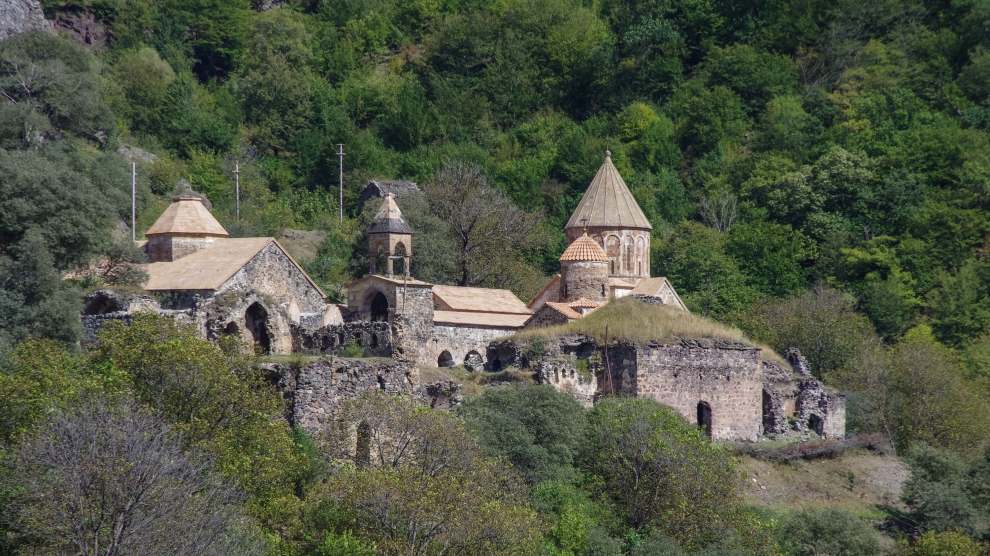 Fighting erupted in the disputed region of Nagorno-Karabakh on September 27, with at least 23 people reported killed in the most serious escalation of the 30-year conflict between Armenia and Azerbaijan.

Armenia’s defence ministry said an attack on civilian settlements in Nagorno-Karabakh, including the regional capital Stepanakert, began on Sunday morning. The separatist authorities in the enclave said 18 people were killed —16 troops, a woman, and a child — and 100 were wounded.

Azerbaijan has said five people – all members of the same family – were killed by Armenian shelling.

In response to the escalation of fighting, the Armenian government has declared martial law and total military mobilisation. A similar announcement also came from the authorities in Nagorno-Karabakh. Fighting continued on Monday, with reports of 15 more soldiers killed and both sides accusing each other of using heavy artillery.

Armenia has also reported that it had shot down two helicopters and three drones, and destroyed three tanks. The destruction of one helicopter was confirmed by Azerbaijan, but the country has denied other losses.

“I am confident that our successful counter-offensive operation will put an end to the injustice, to the 30-year-long occupation,” said Azerbaijan’s President Ilham Aliyev.

Nagorno-Karabakh is a mountainous region of about 4,400 square kilometres located between Azerbaijan and Armenia. The region is recognised internationally as a part of Azerbaijan but the overwhelming majority of the 150,000 population is ethnic Armenian. Since 1994 Nagorno-Karabakh – or the Republic of Artsakh, as the region is called by Armenians – has de facto been a part of Armenia.

The conflict over the region started following the dissolution of the USSR. In the Soviet era, Nagorno-Karabakh was an autonomous region within the republic of Azerbaijan. The Nagorno-Karabakh war started in 1988, and continued until a ceasefire was signed in 1994. Since then then the conflict has been frozen, with occasional escalations such as border clashes in July which killed 16 people.

The conflict has long threatened to reignite, and could well draw in other regional players, making it one of the most geopolitically tense in the world.

Turkish President Recep Tayyip Erdogan has already pledged his support for Azerbaijan saying that the world should stand with the country in its “battle against invasion and cruelty.” Turkey and Azerbaijan have historically had close ties.

Analysts point out that recent Turkish support for Azerbaijan may have emboldened the country. Back in August, the defence minister of Azerbaijan said that with Turkish help the country would fulfil its sacred duty — that is, the return of its lost territories.

While Turkey is an ally of Azerbaijan, Armenia has long been supported by Russia. The Kremlin has called for an immediate ceasefire, and talks to stabilise the situation.

Russia, along with France and the United States, is one of the three co-chairs of the OSCE Minsk Group, a body established in 1992 to encourage a peaceful resolution of the conflict.

Other members of the Minsk Group as well as the international community have also reacted to yesterday’s clashes, with the fighting being condemned by the United States, France, NATO, and the UN Secretary General Antonio Guterres. Both countries were urged to stop the fighting, while Iran, which borders both Azerbaijan and Armenia, has offered to broker peace talks.

The President of the European Council Charles Michel called for an “immediate return to negotiations, without preconditions.”

Reaction was also quick to come from the large and influential Armenian diaspora, including the European Friends of Armenia (EuFoA).

“We strongly condemn the attacks launched by Azerbaijan and the intention to change the status quo by means of war. We call on the international community to recognise the severity of this latest development and to refrain from the customary calls upon both sides, with its basis in false equivalence,” said the EuFoA in a statement.

Georgia – which borders both Armenia and Azerbaijan – could play a key role in the dispute should fighting continue. Should Russia seek to supply Armenia with arms, they would have to travel through Georgia or use its airspace. Likewise, Turkey needs to pass through Georgia to supply Azerbaijan.

Georgia has long sought to remain neutral, although it has in recent years viewed Armenia – primarily due to its close ties with Turkey – with greater suspicion. Just last week Azerbaijani Foreign Minister Jeyhun Bayramov paid an official visit to Georgia to meet with his Georgian counterpart David Zalkaliani, with both sides stressing the importance of their countries’ existing strategic partnership and cooperation.

Georgia’s president, Salome Zurabishvili, has however joined the calls for hostilities to cease. “We call for peace,” she said late on Sunday. “Stability and peace in our region must be our common cause.”