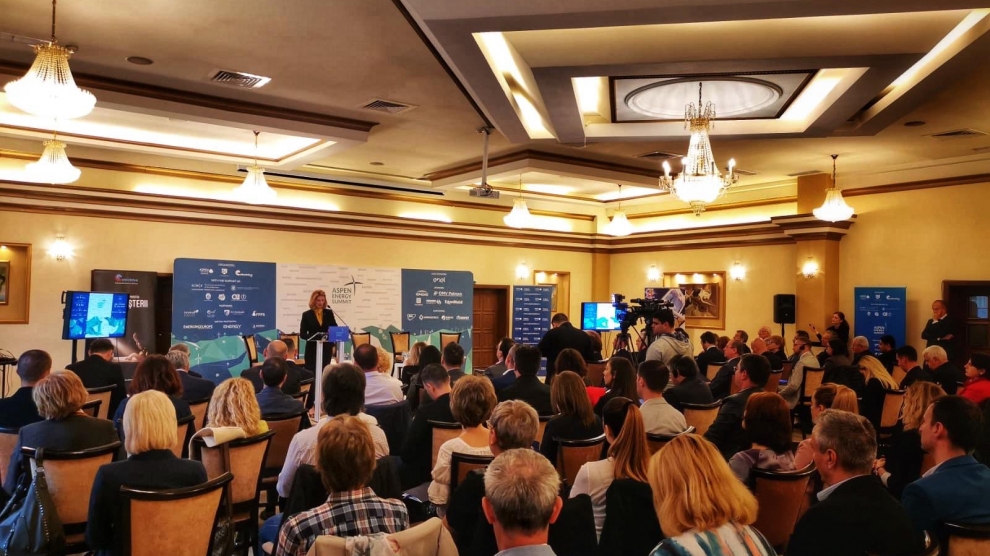 The city of Ploiești, long viewed as the centre of the Romanian energy industry, was once again the host of the now annual Aspen Energy Summit, organised by the Aspen Institute in Romania on October 16.

Three high-level panel discussions featuring participants from across Europe and the wider Black Sea region discussed a range of key topics from the new role of energy in national and European economies to securing energy supply in such a complex region. There was also an in-depth look at how the investment climate can be improved in the field of energy.

“Energy security in such a complex region as Romania is a challenge that needs to be met at both local and national levels through an integrated vision that includes the views of all those involved,” said Bogdan Toader, the president of Prahova County Council.

“It is important that we concentrate our attention on the implementation of modern technologies based on renewable sources of energy, both at city and county level, in order to fight climate change, reduce pollution and make more efficient use of energy which will lead to lower costs. Improving the investment climate in the field of energy needs to be priority. Energy is essential for development, which plays a key role both in the national and global economy.”

Ramona Manescu, Romania’s foreign minister, said that Romania, like many other countries, is in the process of putting together policies that can best respond to the many challenges posed by the field of energy.

“The pressure to reduce our carbon footprint is increasing,” she said. “New methods of ensuring storage, transmission and distribution of energy are needed, but we also need to ensure that prices remain accessible to consumers.”

She added that Romania had the potential to become the largest producer of gas in the EU. “This offers us not just security and independence, but places in the position of an important negotiating partner at both a European and global level.”

Ms Manescu welcomed the European Green Deal announced by the new president of the European Commission, Ursula von der Leyen, and said that Romania would support the EU’s efforts to reduce carbon emissions, but insisted that changes in EU-wide energy policy needed to take into account the different conditions in the various member states.

“It is clear that the future will increasingly belong to renewables,” she said. “Romania will support a bold agenda as long as it is realistic and feasible and which offers time for transition. Romania needs to remain competitive.”

Razvan Nicolescu, Central Europe sector leader on gas, oil and chemical at Deloitte, said that Romania would meet its commitments to the EU.

“The plans that Romania has already published for cutting emissions are not the boldest in the EU, but neither are they they worst,” he said. “I don’t think that’s too bad for a country with such a deep-rooted history in oil and gas. But if we really want to make a difference in the fight against climate change, then the deployment of new technologies will be crucial.”