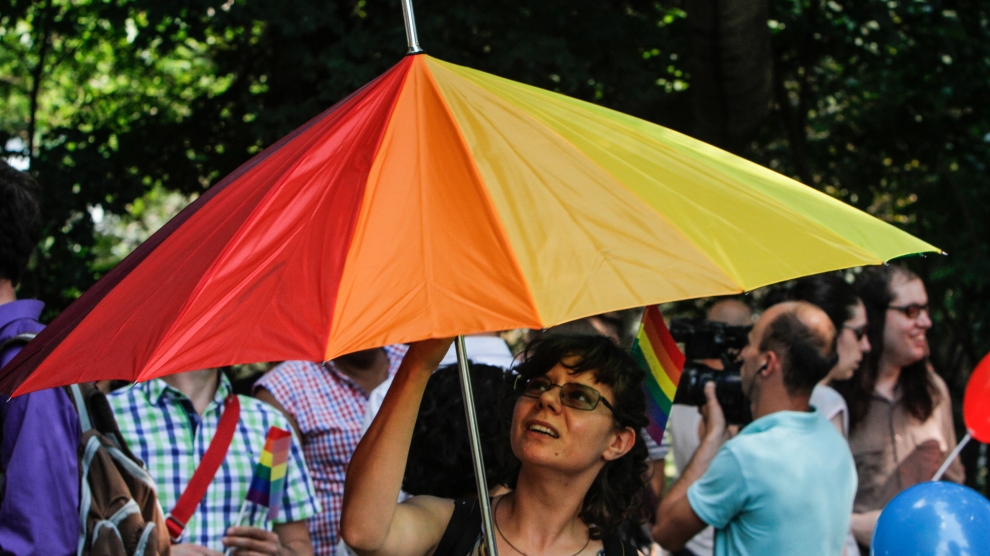 A new, five-year EU LGBT+ Equality Strategy marks a qualitative shift from the European Commission towards playing its full role to defend and protect LGBT+ rights in times of pushback against minorities.

The release of the strategy comes at a time when the rights of LGBT+ minorities are under threat across a number of EU member states, particularly in emerging Europe.

Earlier this week, Hungary’s government proposed a constitutional amendment requiring children to be raised with a “Christian” interpretation of gender roles, as Prime Minister Viktor Orbán’s ruling nationalists turn to anti-LGBT+ rhetoric to shore up support. The draft amendment submitted to parliament by the country’s justice minister, Judit Varga, declares that children must be guaranteed an “upbringing based on values stemming from Hungary’s Christian culture. The basis for family relations is marriage,” it says. “The mother is a woman, the father is a man.”

An anti-LGBT law was also submitted to Poland’s parliament this week which, if passed, it would ban pride parades (known as equality marches in Poland), as well as any other public gatherings that “promote” non-heterosexual orientations and gender identities. The proposed law, entitled “Stop LGBT”, does not, however, emanate from the conservative, ruling Law and Justice party. It is instead a citizen’s legislative initiative – a type of bill that can be submitted to parliament if it receives the written support signatures of at least 100,000 citizens. The bill – which in this case gathered over 200,000 signatures – must now receive a first reading in parliament within three months.

Poland has in recent months come under fire from the EU for the creation of a number of so-called “LGBT-free zones” in some regions in the south east of the country. The EU has threatened to cut off funding for the regions concerned.

The European Commission’s new strategy says that while progress in the EU has made towards LGBT+ equality over the past few years, discrimination persists, and the Covid-19 crisis has only exacerbated the situation.

The strategy addresses the inequalities and challenges affecting LGBT+ people, setting out a number of targeted actions, including legal and funding measures, for the next five years. It proposes to extend the list of EU crimes to cover hate crime, including homophobic hate speech and hate crime and to bring forward legislation on the mutual recognition of parenthood in cross border situations, among others. It also ensures that LGBT+ concerns are well reflected in EU policy-making, so that LGBT+ people, in all their diversity, are safe and have equal opportunities to prosper and fully participate in society.

“Everyone should feel free to be who they are – without fear or persecution,” says Commission Vice-President for Values and Transparency Vera Jourová. “This is what Europe is about and this is what we stand for. This first strategy at EU level will reinforce our joint efforts to ensure that everyone is treated equally.”

According to ILGA-Europe, an umbrella organisation for over 600 LGBT+ organisations across the region, the strategy marks the beginning of a new approach in the European Commission to LGBT+ rights and equality.

Welcoming the strategy, Katrin Hugendubel, ILGA-Europe’s advocacy director, said: “For the first time, the strategy sets out a clear work programme for a wide range of services in the European Commission in relation to LGBT+ rights. It is committed to being true to the values set out in the EU treaties, both in areas where the EC has competencies, like for example proposing legislation to finally ensure that parents can move freely across member states without losing their parental status, to taking a leadership role in working with member states in areas where change needs to happen on national level, such as banning so-called ‘conversion therapies’ and ensuring legal gender recognition procedures based on self determination. With its understanding that LGBT+ rights are not niche issues but touch on all areas of life, the strategy clearly acknowledges the structural discrimination and marginalisation of LGBT+ people.”

“We are looking forward to working with everyone at the Commission and other EU institutions to make sure the ambitions in the strategy translate into real change for LGBT+ people across the EU and beyond,” she added.

Terry Reintke MEP, vice-president of the Greens/EFA group and co-president of the LGBT+ intergroup in the European Parliament, also welcomed the strategy, but warned that it needs to be translated into action.

“The LGBT+ strategy is being published at a crucial moment, when the community is currently facing repeated attacks in the European Union,” she said. “The constitutional changes in Hungary are yet another major assault on fundamental rights and LGBT+ people. The Polish government is running a hate-led campaign against the LGBT+ community and supports the declaration of whole regions as ‘LGBTI-free zones’. The president of the European Commission, Ursula von der Leyen, must turn her words into action and sanction violations of the rule of law and human rights. These attacks against European values demonstrate the necessity of a well-functioning rule of law mechanism.”