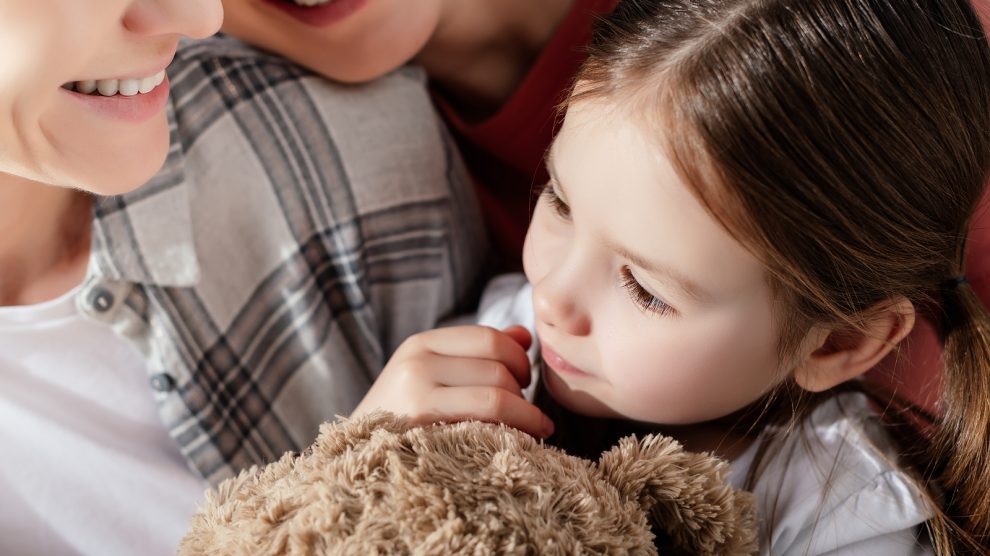 A landmark legal case which was brought this week before the European Court of Justice has highlighted the plight of same-sex parents across Central and Eastern Europe.

The child of a British-Bulgarian same-sex couple has been left stateless since December 2019 because of Bulgaria’s refusal to recognise the children of gay parents as legitimate. The case was heard by the European Court of Justice in Luxembourg on February 10 and a ruling is expected April 15.

The child, referred to by the court as “Baby S”, was born in Spain but cannot be granted Spanish citizenship due to the fact that neither parent is a citizen of the country. While one of the mothers is a Gibraltar-born British citizen, she cannot, under the British Nationality Act, transfer that citizenship to her children as they were not born in the United Kingdom.

Bulgaria has also refused to grant citizenship to Baby S, because the child’s birth certificate lists both mothers as legal parents. Soon after the birth, the parents followed the regulations on registering a Bulgarian child born abroad and sent a request to Sofia municipality to issue Bulgarian personal identity documents for the new-born.

The municipality then proceeded to ask the Bulgarian mother to produce DNA proof that she is the biological parent of Baby S, without citing an existing law to back up the request.

This would have in fact been impossible, because as in most countries, Bulgaria allows a child’s parents to be legally recognised as such even if they are not biologically related to the child.

In effect, the Sofia authorities are actively discriminating against the Bulgarian mother based on her sexual orientation.

In a similar case in 2019, the child of a Polish and Irish same-sex couple was also left stateless after being born in Spain through an IVF procedure that took place in the country. The child was also unable to gain Polish citizenship, as according to Poland’s supreme administrative court, “Only a mother and father can be parents of a child in Polish law”.

Despite some initial hindrances caused by the fact that the child had a Polish mother, in 2020 the Republic of Ireland acknowledged the child is an Irish citizen, therefore avoiding the need for the EU court to intervene.

However, in the case of baby S, Bulgarian citizenship remains the only available option.

Bulgaria and Poland, alongside Latvia, Lithuania, Slovakia and Romania, are the only countries in the European Union not to offer a consistent legal recognition of same-sex couples. However, even in those emerging European countries that do allow some protection for such couples, parenthood rights remain rather limited.

Eleni Maravelia, president of NELFA (the Network of European LGBTIQ Families Associations), tells Emerging Europe that there is little if any data available on the number of children living in same-sex households for any of the countries in the emerging Europe region.

Indeed, Emerging Europe contacted NELFA member-organisations from 11 emerging European countries and Prague Pride was the only organisation able to provide figures on the matter.

Prague Pride’s Filip Milde, also in charge of communication for the Czech coalition for equal marriage – We Are Fair, tells Emerging Europe:

Milde further points out that the country’s ability to estimate the number of children growing up in same-sex household is greatly facilitated by the country’s recognition of marriages between people of the same sex.

“The Czech Constitutional Court ruled in 2016 that individuals in same-sex partnerships may be allowed to adopt a child, overturning a ban that it called discriminatory. In January 2021, the same court ruled against a regional court’s proposal that would prevent same-sex partners who registered abroad from adopting Czech children.”

However, even in emerging Europe’s LGBT+ rights frontrunner, the children of same-sex parents still face considerable legal disadvantages, including the lack of provisions for both parents to be listed as such on the birth certificate, and other documents belonging to the child.

Therefore, Milde concludes, “LGBT+ people are only allowed to adopt as single parents – not as couples. They do not create a whole family and are not protected by the law as other families. The solution – equal marriage, is largely ignored by our legislators.”

In Estonia, the situation is not much different. While the Baltic country has recognised same-sex unions since 2016, joint adoption remains possible only for married couples.

However, the country does provide a loophole for same-sex parents, by allowing stepchild adoption by same-sex couples and IVF-impregnation for women in gay relationships. The same is also possible in Croatia. Slovenia, however, continues to impose an IVF ban for women in such unions.

Meanwhile, decision-makers in Poland and Hungary continue to compete with each other in their efforts to make parenthood for LGBT+ couples close to impossible.

In Poland, there are no legal provisions for same-sex couples wishing to become parents. In 2019, two Polish women who had a child in the UK were not recognised as such by the Polish civil registry, despite being listed as the child’s legal parents on his British birth certificate. In 2020, President Andrzej Duda vowed to fully ban same-sex couples from adopting children.

In the same year, this threat became a reality in Hungary, as a constitutional ban has made it impossible for people in same-sex relationships to adopt individually as well as jointly.

The governments in Bulgaria and Romania are similarly reluctant to legally acknowledge the existence of LGBT+ families in their countries. Both domestic and international same-sex adoptions remain impossible, despite the high number of children living in state-institutions in both countries.

Nonetheless, Romania is one of few countries in emerging Europe to allow IVF-treatment for women who are in a same-sex relationship. In Bulgaria, the procedure is only available for single women, with courts citing fears that any legal provisions for partner IVF could pave the way for legalising surrogacy.

Despite this, in a recent interview with the Bulgarian TV Network NOVA, LGBT+ family activist couple Dilyana and Vyara detailed their experience of becoming parents in Bulgaria, while also revealing that many clinics in the country continue to perform the procedure despite the ban. This is very likely the case in other countries in the region, making the true number of same-sex households across emerging Europe even more very difficult to estimate.

Teodora Ion-Rotaru from the Romanian LGBT+ association Accept suggests that the upcoming ruling of the European Court on the case of the British-Bulgarian child left stateless could have implications for same-sex parents in Romania as well. She tells Emerging Europe, “We work very closely with our friends in Bulgaria, and we have assisted slightly in their legal work.”

Rights for the privileged few

In Serbia, PM Ana Brnabić and her same-sex partner Milica Đurđić welcomed a child in 2019. However, it seems that LGBT+ parenthood in the country remains a luxury reserved for the privileged few, as the Serbian state does not allow for same-sex adoption and since 2019 the Serbian Ministry of Health has gone so far as introducing a ban on those with “a history of homosexual relations during the last five years” from donating reproductive cells for artificial insemination and IVF.

Denitsa Lyubenova, the attorney of the British-Bulgarian couple whose child remains stateless, stated in front of the European Court of Justice that countries in Central and Eastern Europe are derogating from basic human rights guaranteed by the European Convention on Human Rights and the Charter of the Fundamental Rights of the EU.

“This weakens the EU position as a guardian of human rights,” she argued. “With this case, we have the chance to realign the practice in EU countries with the principles set out in the EU treaties and to protect the rights of LGBT+ families and their children moving across Europe. The court needs to reconfirm that rainbow families are as valid as all others.”

In 2019, Lyubenova successfully pressured a court in Sofia to recognise the same-sex marriage of Australian citizen Kristina Palma and French Mariama Dialo. If the current case produces a similar result, the ruling could have be of significance for other LGBT+ parents in Bulgaria and perhaps elsewhere in emerging Europe.