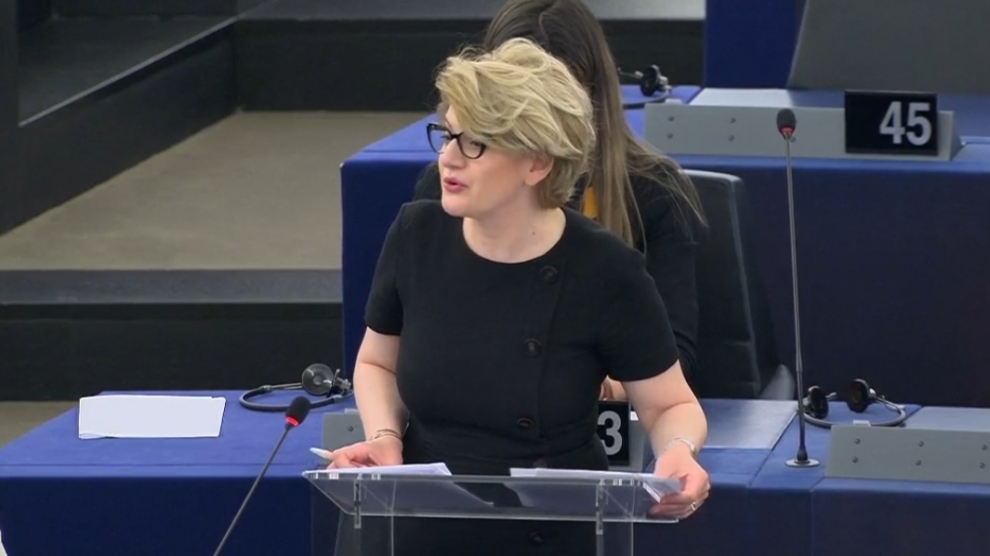 Gabriela Ciot (pictured above), state secretary for European affairs at the Romanian foreign ministry, has been named by the country’s prime minister Viorica Dăncilă as its nominee for transport commissioner in the new European Commission.

Mrs Ciot, who is believed to be a close confidant of the Romanian PM, was proposed after Ursula von der Leyen, the president of the incoming European Commission, rejected the nomination of Dan Nica, an MEP from Romania’s ruling Social Democratic Party (PSD) over corruption concerns. Mr Nica was himself a replacement for Rovana Plumb, the Romanian government’s original candidate for the position who was vetoed by the European Parliament’s oversight committee (JURI) over discrepancies in her wealth declaration.

The Romanian media reported that the Socialist MEP’s possible involvement in the so-called Microsoft gate, a corruption scheme that ended up with several Romanian government officials sentenced to prison, also cast a shadow on his candidacy.

On September 30, the Hungarian government was also asked by Mrs von der Leyen to find a new candidate after the JURI committee vetoed the appointment of László Trócsányi, an MEP from Hungary’s ruling Fidesz party, for the position of enlargement and neighbourhood commissioner.

The committee found that Mr Trócsányi’s connections to Russia and the misdealings of his law firm made him unqualified to serve as EU commissioner.

Responding to the JURI decision, Hungarian prime minister Viktor Orbán announced that he would nominate Olivér Várhelyi, the head of Hungary’s permanent mission to the EU, as its next candidate.

Mr Orbán confirmed that the decision to send Mr Várhelyi, a technocrat with decades-long experience at the European Commission, was made to avoid further political debates.

Photo: The Romanian Presidency of the Council of the European Union