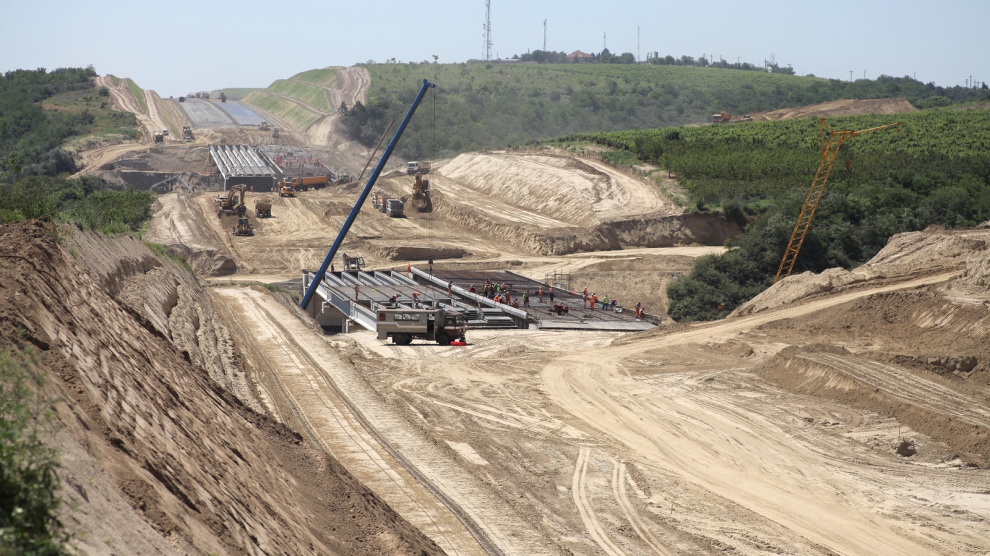 Romania ended 2017 without seeing any major new infrastructure projects completed. Despite the various promises of Razvan Cuc, Minister of Transport from January to October, who back in June claimed that at least 90 kilometres of new motorway will open this year, not a single metre of new highway has in fact been completed. Stefan Ionita, boss of CNAIR – the national roads company – also claimed (in March) that 90 kilometres of motorway would be completed last year.

Nor are the prospects for 2018 particularly good. The budget has not allocated anywhere near enough funds to cover those projects currently under construction. As such, even the most optimistic estimates of Pro Infrastructura, an NGO which promotes the development of Romanian transport infrastructure, do not foresee more than 83.5 kilometres of motorway opening in 2018. The most important sector which may be completed is the 21 kilometre stretch from Deva to Lugoj, which would create an uninterrupted motorway from Sibiu in the heart of Transylvania to Budapest and beyond.

“The vast majority of the issues and problems in the infrastructure sector stem from the authorities, from political involvement in the various agencies and beneficiaries all the way to gross incompetence, poor administrative capacity and project management, heavy bureaucracy, poor leadership and, sometimes, a complete lack of responsibility in taking decisions and following through with those decisions,” said Ionuț Ciurea, vice-president and executive director at Pro Infrastructura.

“Felix Stroe – who replaced Cuc as Minister of Transport in October – said on December 14 that a ‘minimum’ 156.7 kilometres of motorway would open in 2018. This is an irresponsible declaration, a lie and gross misinformation. Even the 83.5 kilometres which we believe can be finished this year will only be completed if finance is put in place, if bureaucratic and technical obstacles are overcome and if the political will to see these projects through exists,” Mr Ciurea told Emerging Europe.

Romania currently has just 748 kilometres of functional motorways, less than two of its neighbours, Bulgaria and Serbia, both of which surpassed it during 2017. In the eastern Romanian region of Moldavia there is currently no motorway infrastructure at all: a fact which is harming investment in the region.

In December 2017 the Romanian Minister of Labour Lia Olguța Vasilescu admitted as much herself, when she blamed investors for poverty and unemployment in Moldavia.

“Many foreign multinationals have built factories in the west of Romania, close to the motorways of the EU, from where it is easier for them to get their goods to market,” she said, making no mention of the failure of consecutive governments to improve the appalling transport infrastructure – both road and rail – in eastern Romania.

“There is a complete lack of vision, project management and leadership. Top executives are not able to motivate their staff (or simply don’t want to), and run away from responsibility,” concluded Mr Ciurea.