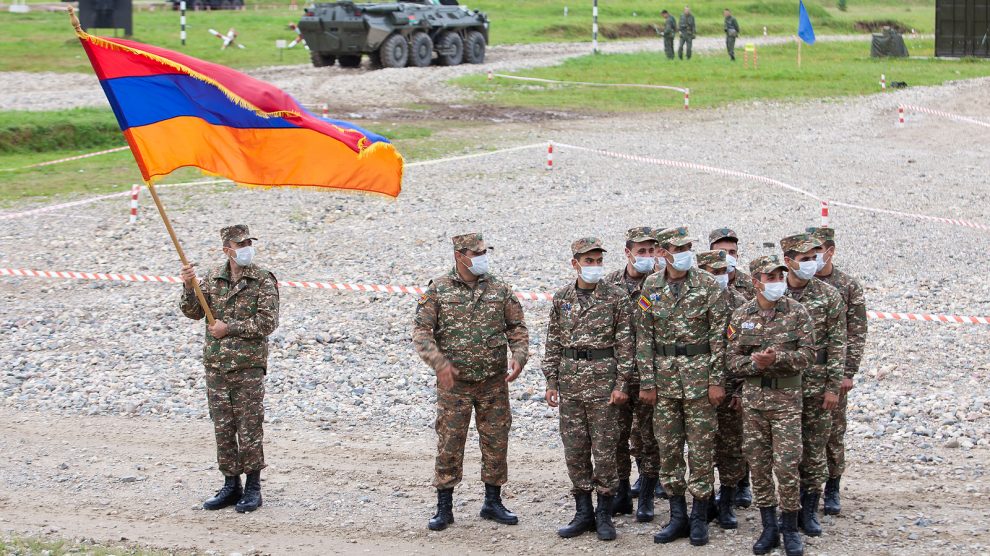 Searching for peace in post-war Armenia

‘Both Karen and I are Armenian, yet he was wielding a gun and I had the Notes app open on my phone.’

Belgrade has been kitted out with Chinese security cameras. Activists and Europe are both worried.

China and Russia should team up to ‘punish’ Lithuania, says Beijing media

A Chinese Communist Party newspaper continued an editorial campaign against Lithuania this week by suggesting Beijing and Moscow should “join hands” to punish the Baltic nation for its ongoing row with China over Taiwan.

No self-respecting American should aspire to Hungarian-style nationalism

Extolling the virtues of Viktor Orbán’s culture war over a sumptuous meal in Budapest is next-level cognitive dissonance.

The attempt to ‘kidnap’ an Olympic sprinter and the suspicious death of an activist are signs of growing oppression.

A centuries-old tradition in which women declared themselves men so they could enjoy male privilege is dying out as young women have more options available to them to live their own lives.

Sturgeon are among the world’s most threatened species. A new hydropower project threatens one of their last breeding grounds in Georgia’s Rioni River.

Inspired by Hungary’s increasingly homophobic laws, an unholy alliance of nationalist and far-right politicians is trying to push anti-LGBTQ legislation in Romania too.

Foreign investment in Serbia’s mining sector has been coloured by unhappy experiences with China. Could a multibillion-dollar western investment be the fix?

Central and Eastern Europe scrambles to react to Taliban victory in Afghanistan
Georgia and Ukraine are talking again, but little else
Comment