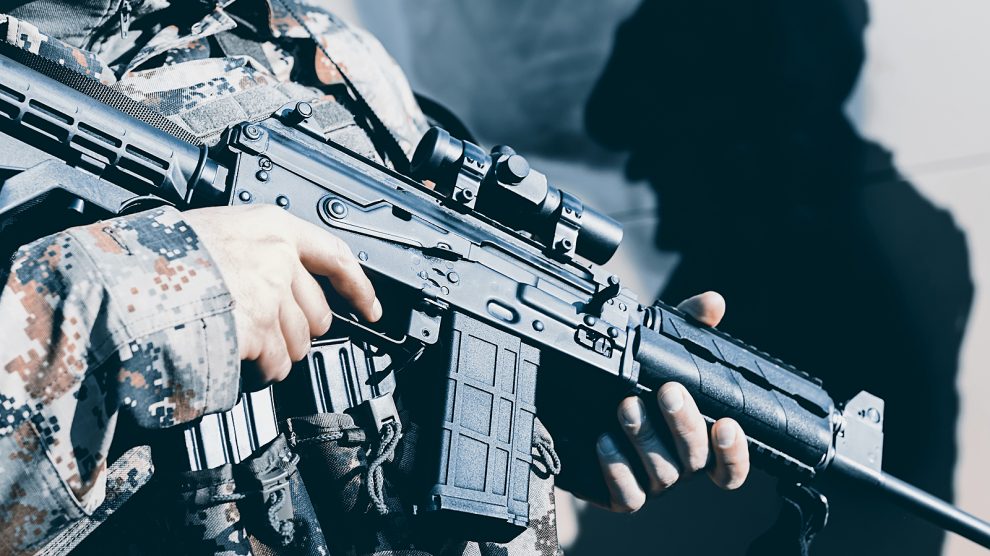 The swift collapse of the Afghan government following the withdrawal of US forces has taken most of the world by surprise. The countries of Central and Eastern Europe, most of which participated in the international effort to prop up the Kabul government, are now scrambling to react.

Back in April, when President Joe Biden announced that the United States would be withdrawing all of its forces from Afghanistan by the end of August, it was widely believed that despite ongoing Taliban offensives throughout the country, the internationally-recognised government in Kabul would be – at least in the capital and key towns and cities – safe for the foreseeable future.

Even as late as June, with the Taliban making gains across the country, a US intelligence assessment predicted that the Afghan government would not collapse for at least six months.

Both predictions were wildly optimistic: on August 15, Taliban fighters officially declared the re-establishment of the Islamic Emirate of Afghanistan live on television from the abandoned presidential palace in Kabul.

Unsurprisingly, the Taliban’s swift victory – almost unopposed by government forces – has set alarm bells across the world, not least in Central and Eastern Europe.

Of the region’s 23 countries, 19 provided troops for the coalition that occupied Afghanistan for 20 years. Beyond that, three of Central Asia’s five countries share a border with Afghanistan, and Kyrgyzstan and Uzbekistan hosted vital logistics bases supporting the war effort.

The deteriorating situation has created both security challenges and moral dilemmas for the governments of the region.

On the front line

The states of Central Asia look set to take the brunt of the fallout from the Taliban’s takeover.

Already, preparations are being made in anticipation of an influx of refugees. Kyrgyzstan has already announced that it is prepared to issue 500 humanitarian student visas to young Afghans.

Turkmenistan is yet to make an official statement on the developing situation. However, the somewhat rogue state, which shares a 804-kilometre border with Afghanistan, is unlikely to risk provoking the Taliban. In the 1990s, it was one of three countries (alongside the United Arab Emirates and Pakistan) which recognised the Taliban government.

The Taliban has controlled the length of Afghanistan’s borders with Tajikistan and Uzbekistan since early July. While during the Taliban’s first spell in power, the predominantly ethnic Uzbek and Tajik provinces of northern Afghanistan were centres of anti-Taliban resistance, today this no longer appears to be the case.

Furthermore, there are majority Tajik factions within the Taliban, such as Ansarollah.

Over the weekend, the scale of the exodus intensified. According to Afghan news agency TOLOnews, on August 15 alone, over 40 flights were made from Kabul to Uzbekistan and Tajikistan. These flights appear to be continuing: on August 16, Tajikistan’s foreign ministry announced that it allowed a military plane carrying over 100 Afghan soldiers to land in the country.

However, reports have surfaced that Tajikistan refused to allow a plane carrying Afghanistan’s fleeing president Ashraf Ghani to land in the country – indicating an unwillingness to anger the new government in Kabul.

Uzbekistan also appears to be reluctant to take on the Taliban. On August 14, in the wake of the Taliban’s capture of Mazar-i-Sharif, the Tashkent government announced that it had detained 84 Afghan servicemen, who appeared to be ethnic Uzbek affiliates of former vice president Rashid Dostum’s personal militia.

On the night of August 15, an Afghan Air Force plane was reported to have crashed in Uzbekistan. The Uzbek Ministry of Defence announced that “an attempt at violating the state border was upset”, strongly indicating that the plane, which appears to be a Brazilian-made A-29 Super Tucano, was shot down by local air defence units.

Such incidents appear to indicate that both Uzbekistan and Tajikistan have maintained communication with the Taliban, an indirect validation of their takeover of Afghanistan.

Russia’s special envoy for Afghanistan, Zamir Kabulov stated that “we see no direct threat [from the Taliban] to our allies in Central Asia. There are no facts proving otherwise”.

The Taliban of today is a different beast to the faction that took power in the 1990s. Smarter and less recklessly fanatical, it has already promised not to attack its Central Asian neighbours. However, there is always the threat that the country could become a hotspot of jihadist activity, with the Taliban potentially hosting its ideological bedfellows from across the border – this creates the possibility that Tajik and Uzbek islamists may use Afghanistan as a safe haven to plot the downfall of their Russia-aligned, secular governments.

Beyond this, there is also the very real possibility of there being an influx of refugees fleeing the Taliban. This would strain the already precarious economies of the Central Asian states and possibly open the door to social unrest.

A small contingent of 120 Azerbaijani troops looks set to be staying in Afghanistan, guarding and operating Kabul airport alongside a larger force of Turkish troops, which took over the airport following the departure of American combat troops. These appear to have an understanding with the Taliban.

In a brief statement, Azerbaijan’s Ministry of Defence stated that “there is currently no tension in the sector of Kabul International Airport which is guarded and defended by Azerbaijani peacekeepers. There is no threat to the life of the military personnel. Despite the tense situation in the region, the 120-man peacekeeping unit of the Azerbaijan army together, with the Turkish troops, continues to carry out its duties to ensure the security of the airport.”

On August 16, Azerbaijani Minister of Defence Zakir Hasanov travelled to Ankara to meet with his Turkish counterpart, Hulusi Akar. The situation in Afghanistan, and the future of the Turkish-Azeri contingent, topped the agenda.

Meanwhile, Georgia was largest non-NATO contributor to the Afghanistan mission, with more than 11,000 soldiers serving in the country between 2001 and 2014. Georgia was also the largest per capita contributor to the mission. This has raised concerns of there being a security threat to Georgia from vindictive Taliban.

However, the current Taliban – at least for now – appears to be much more eager for international legitimacy than the Taliban which ruled in the 1990s. This makes irrational attacks highly unlikely, as they would almost certainly guarantee international condemnation, and possibly even action.

Furthermore, Georgia has announced that it had sent a military plane to evacuate the remaining 23 Georgian nationals in Afghanistan, predominantly private military contractors.

NATO members and partners in Central and Eastern Europe meanwhile have been forced to make tough decisions about their moral obligations to Afghanistan, particularly the locals who assisted their mission.

Ukraine has already evacuated some 30 Ukrainian nationals – and others – from Kabul. In the early hours of August 16, Ukrainian Minister of Foreign Affairs Dmytro Kuleba wrote on Twitter that “Ukrainian aircraft stationed in Afghanistan took citizens of the Netherlands, Croatia, Belarus and Afghanistan out of Kabul”.

He went on to state his willingness to continue assisting in the evacuations: “In case of further requests, we will do everything to help Ukrainians and foreigners.”

Czechia and Slovakia have also both announced that they will be sending military planes to evacuate their citizens in Afghanistan, as well as Afghans who worked as local embassy staff or interpreters for their respective military missions.

“Slovakia is a country that values human lives, freedom and fundamental human rights as the highest values,” said Ivan Korčok, Slovakia’s minister of foreign affairs. “As part of the democratic world, we cannot accept any regime based on the forcible takeover of power and using killing and massive violations of human rights and freedoms as its working methods.”

Slovak Prime Minister Eduard Heger also announced that Slovakia will be granting asylum to 10 Afghan citizens who cooperated with the Slovak diplomatic and military mission. Czechia announced it had already evacuated close to 100 people, including family members of Afghan staff.

Poland has also announced it will be issuing humanitarian visas for 45 Afghans and their family members, and has sent a plane to Kabul to collect them.

“We keep our commitments to our allies,” announced Prime Minister Mateusz Morawiecki.

Meanwhile, Lithuanian Deputy Defence Minister Margiris Abukevičius stressed his country’s “moral commitment” to helping 115 interpreters and translators who had contact with the Lithuanian contingent. However, on August 16, Abukevičius announced that the “possibilities for evacuating them [to Lithuania] are getting slimmer, but it is still possible”.

Albania seems to have made the largest commitment so far of all NATO member states. Prime Minister Edi Rama announced that his country would shelter 2,000 Afghans – this appears to be following secret talks held between the US, Kosovo and Albania on August 13 for the Balkan countries to temporarily host Afghans who had helped US military forces. Kosovo has remained tight-lipped on these reports.

A new wave of refugees?

It remains to be seen how the Taliban will rule this time around, and how much resistance there will be.

In the 1990s, the war didn’t halt when the Taliban took Kabul – the continued fighting between the Taliban and anti-Taliban warlords precipitated a massive refugee crises. This time, such a scenario seems unlikely.

Nevertheless, an exodus of Afghans unwilling to live under theocratic Taliban rule is still in the offing.

This could lead to an increase of Afghan refugees to Europe. Having seen the deep divisions the last decade’s influx of migrants into Europe caused, another migrant “crisis” could well be in the offing, particularly for Europe’s less-developed countries in the east and southeast, none of which will be thrilled at the prospect of hosting another wave of migrants.

However, they may not have a choice: if the Taliban of today is as cruel, fanatical and totalitarian as its previous incarnation, refugees are inevitable.

As such, the token gestures taken by many European countries, of granting asylum to a few dozen Afghans at a time, will be a drop in the ocean.