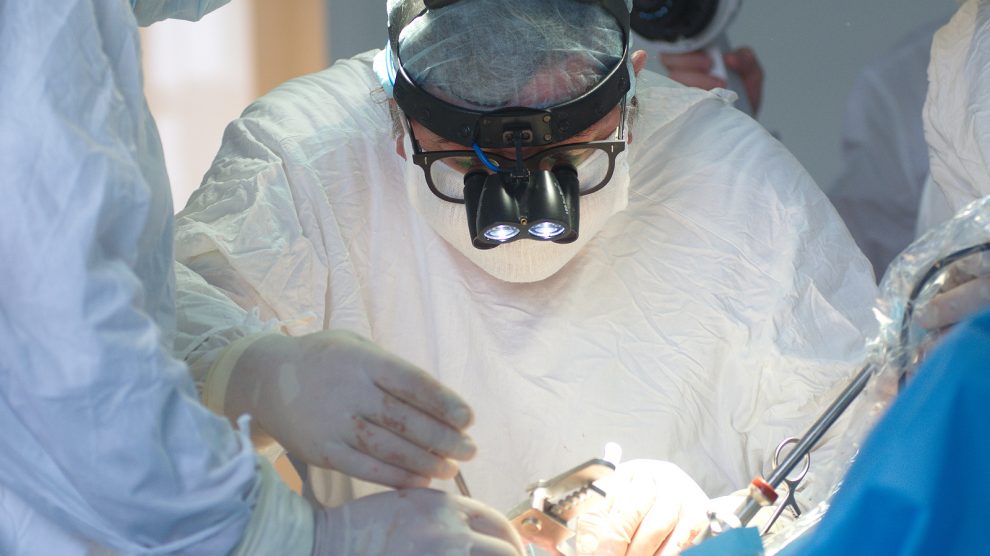 Organ donation is a controversial subject in Serbia at the best of times. Now, a decision by the country’s Constitutional Court is threatening to undo limited progress made in recent years.

Serbia has long lagged behind much of the rest of Europe when it comes to the number of organ donations and organ transplants, and a recent ruling by the country’s Constitutional Court has come as a major blow to the thousands of Serbs currently on waiting lists.

Just 10 organ transplant operations were carried out in Serbia in 2020, a sharp decrease on the (still modest) 37 performed the previous year.

The Constitutional Court’s ruling, that two key articles in the law that governs donations and transplants violate Serbia’s constitution, has been criticised by doctors and patient advocates as a regressive move that could bring an almost total halt to organ donations.

Under the current law – that the court has given Serbia’s parliament six month to adapt –  any Serbian citizen over the age of 18 was considered a viable organ donor barring two exceptions: those who opt-out while still alive or those whose next of kin refuse the donation request after they die.

Legal experts have long termed this solution a “soft” version of assumed consent, as unlike in some countries which operate opt-out donor schemes, families were still allowed the final say in whether or not organs or tissue were actually taken from the body of the deceased.

Prior to 2018, when the current legal solution was enacted, Serbia used an opt-in system, in which citizens had to declare their consent to be organ donors while still alive.

It was thought that by switching to an opt-out system, the number of donors and therefore transplants could have been increased. Advocates point to neighbouring Croatia as an example of the opt-out system’s potential: it has consistently been a European leader in the number of organ donors per million citizens (40, compared to Serbia’s three) and the number of actual transplants performed.

But while the change was hailed as progressive and necessary by patients and doctors, it didn’t lead to Serbia repeating Croatia’s success.

Instead, the new measure was immediately controversial. Opponents said it gave the state “ownership” of people’s bodies after their death. Others were afraid of possible medical malfeasance, such as doctors declaring brain death prematurely in order to harvest a patient’s organs.

There had also been plenty of Serbs opposed to the previous system too.

Online, an oft-repeated conspiracy theory claimed that those who sign up for the donor card may be intentionally harmed by doctors who will then go on to harvest and sell their organs. Others have expressed disagreement on religious grounds, despite all mainstream religious communities in Serbia broadly supporting the practice of organ donation and transplants.

One potential explanation for why the subject of organ donation is so controversial in Serbia can perhaps be found in the events surrounding the alleged “Yellow House” war crime in Kosovo where Serbs were, allegedly, abducted and killed for their organs in the immediate aftermath of the Kosovo War of the late 1990s.

The allegations persist in Serbia to this day, but three separate investigations into the matter – by Serbia, the European Union, and the Council of Europe – have failed to find any evidence for the allegations, made by former Hague prosecutor Carla del Ponte in her 2008 autobiography.

A ruling with negative consequences

At the forefront of the opposition to assumed consent were several NGOs and the far-right Serbian Radical party (SRS), led by convicted war criminal Vojislav Šešelj. It was they who brought the case to the Constitutional Court in the first place.

In a statement on the SRS website, the party welcomed the latest ruling and said that in its opinion the opt-out law was a violation of human rights and would have “inevitably led to abuses and illegal human organ trade”.

Together for New Life, an NGO representing patients who need a transplant or have already received one, and which raises awareness of the importance of organ donation, tells Emerging Europe that the reason why Serbia trails Europe so badly when it comes to donation metrics is due to these often invented controversies that surround the issue.

“They mostly arise from people being uninformed and because the media don’t often deal with the subject. Usually they wait for a cause, but the cause should be that more than one thousand fellow citizens are waiting for a kidney, liver, heart, or cornea transplant,” the organisation says.

It warns that the Constitutional Court’s decision will have negative consequences.

“…citizens who are deciding if they want to donate their organs might choose not to because they will look to the decision of the Constitutional Court that says their constitutional rights are jeopardised,” a spokesperson tells Emerging Europe.

“We think this decision will slow down the transplantation programme.”

For most Serbs, the court’s decision came as a shock, and that includes the Ministry of Heath itself which expressed its surprise in a statement to daily newspaper Politika.

What complicates matters somewhat is the the court has so far only published its decision but not its reasoned opinion. That will come later, six months from May 22 – when the ruling was originally made.

Bioethics expert and member of the National Committee for Bioethics at the Serbian Academy of Arts and Sciences, Dr Hajrija Mujović, tells Emerging Europe that according to her, the assumed consent system as such can’t be unconstitutional.

“However, I think the court might have found deficiencies in its assessment of the text of articles 23 and 28 which seems to in some parts give certain authorisations to committees and institutions to decide about organ transplant, and this could be unconstitutional and lead into legal insecurity,” she explains.

Ms Mujović also adds that Serbia has actually had presumed consent in place for a long time, a leftover from Yugoslavia, but that it received little attention.

She says that in the case of the 2018 law change, legislators may have been a bit overzealous.

“There’s an impression that the legislators — in their desire to improve the already existing assumed consent of donors — went too far.”

Because the Constitutional Court has delayed publishing its opinion, the 2018 law is still essentially in effect, a move that legal experts say is meant to both protect patients and give the National Assembly time to fix its mistakes.

“As a doctor of constitutional law, I think the court was correct in deciding to postpone publishing its decision for six months, because it’s in everyone’s interest for everything to be resolved as painlessly as possible, with minimum turbulence and maximum protection of patients from legal insecurity in a very important and sensitive matter,” says Dr Miroslav Đorđević, research fellow at the Institute of Comparative Law.

For now, assumed organ donation and transplants will continue, but the clock is ticking for Serbian MPs to resolve the issue before any lasting damage is done.

North Macedonia at Euro 2020: More than ‘just happy to be here’
Poles and Belarusians divided by a common history
Comment