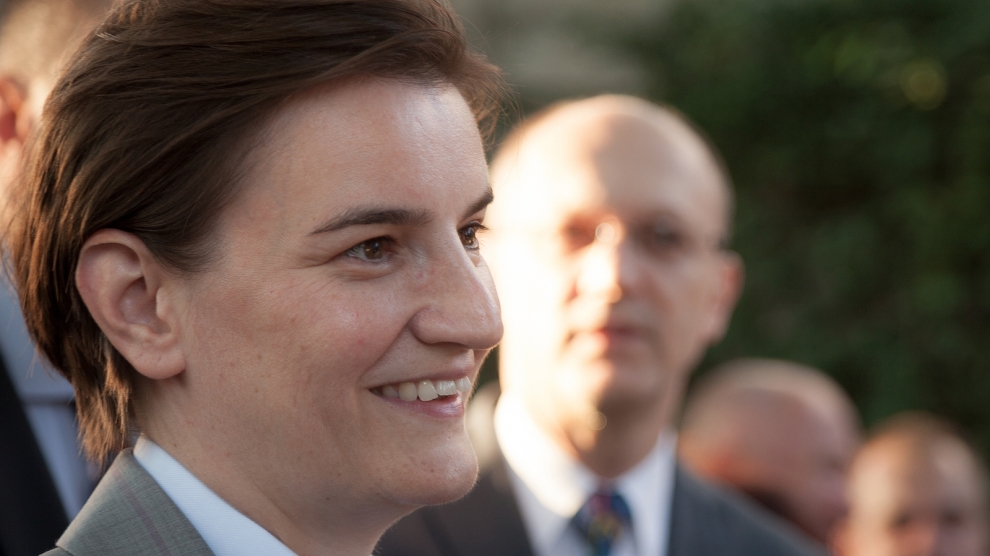 Serbia’s prime minister Ana Brnabić has said that her government remains committed to ensuring the country’s macroeconomic stability and pursuing membership of the European Union.

Speaking in a press conference to mark two years since she took office, Ms Brnabić said she could be proud of the government’s efforts to preserve Serbia’s financial stability, the digitalisation of the economy, as well as reforms made towards creating a knowledge- and innovation-based economy.

“We are ready to open new chapters in accession talks with the EU, and that will be our priority,” Ms Brnabic said, noting that the country must preserve the best possible relations with other world powers, such as the US, Russia and China.

Serbia has so far received around 460 million euros of pre-accession funding and the 17th chapter of the country’s EU accession talks were opened last month.

Discussing relations with Kosovo, the prime minister believed it was a success for Serbia that 12 countries had withdrawn their recognition of its neighbour, while she also hailed the blocking of Kosovo’s membership of certain international organisations, such as Interpol.

She said that she believed Serbia had become a safer and more confident country to live in over the past two years, adding that the country’s financial results will allow the government to increase pensions and salaries.