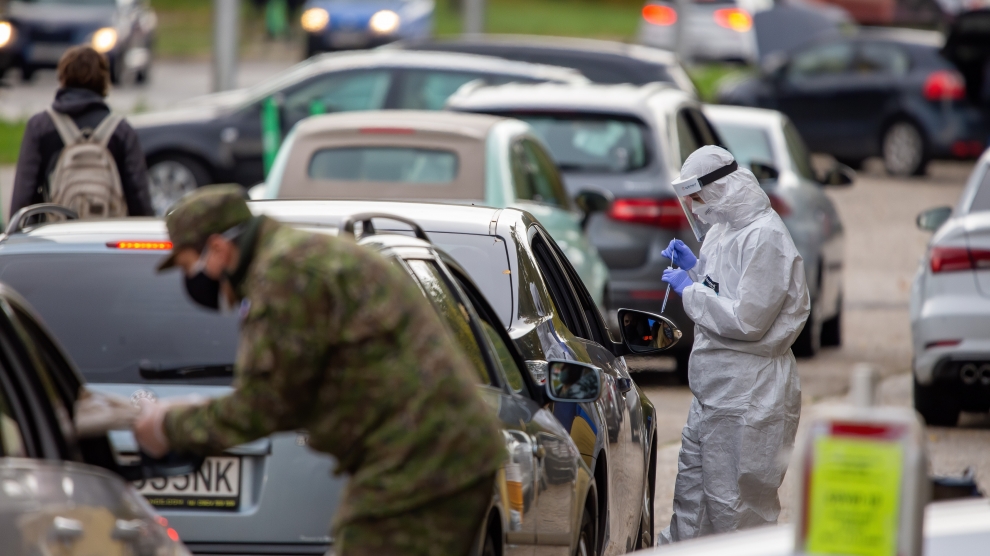 Slovakia this past weekend tested around two-thirds of its population for Covid-19, some 3.6 million people aged between 10 and 65. Of those tested, 38,359 were found positive with the virus, a rate of 1.06 per cent. All of those who tested positive have been placed in quarantine for 10 days.

Tests were free, and carried out at some 5,000 sites around the country with the assistance of both medical and military personnel. Antigen tests were used, rather than PCR (polymerase chain reaction) tests, which involve nasal swabs that have to be sent to a laboratory. While antigen tests give results within minutes, they can be less reliable than PCR testing. Nevertheless, the country’s prime minister, Igor Matovič, said that “we have made a great leap forward” when reporting the results of the mass testing programme on November 2.

“I deeply believe that this solution will work in Slovakia on the condition that those who received certification that they are negative will continue to act responsibly, and those who got a positive result will remain in quarantine with their families,” he said.

“But we should not think that because of this one per cent, all is now fine. It is not,” he added. “In reality, up to two per cent of our inhabitants might be infected. It is not at all a good situation.”

Slovakia was one of the many countries in emerging Europe which dealt relatively well with the first wave of the pandemic during the spring and summer, keeping the number of infections low through the use of strict lockdown controls and limits on movement. Slovakia’s first identified Covid-19 infections in early March, and between then and September, it recorded relatively few infections, with new daily cases rarely rising beyond 100. The country won international praise for its handling of the outbreak.

But over the past month however, thousands of new infections have been identified per day, with the proportion of infections per number of people tested at just under 16 per cent. Ministers have called the numbers alarming and had warned that, unless the spread of the virus is slowed, the country’s hospitals could be on the brink of collapse within weeks.

While leaders of the country’s ruling coalition government have backed the mass testing as the best way to combat the increasing spread of the disease, many experts have said that although mass testing in itself is not a bad idea, Slovakia’s approach the way it is being done in is flawed.

“This isn’t a good move. There are some serious risks to this”, Vladimir Leksa, an immunologist working with the Slovak Academy of Sciences and the Medical University of Vienna, told the UK-based medical journal The Lancet.

The Slovak Association of General Practitioners has also been critical, saying that the high concentration of people at testing sites was “at odds with the recommendations of infectious disease experts”.

Mike Tildesley, an infectious disease modeling expert at the University of Warwick and a UK government scientific adviser, told CNN meanwhile that it’s important to remember that a negative result only refers to one point in time.

“Just because someone tests negative it does not mean that they will necessarily be free from infection a few days later,” he said. “So any mass testing strategy needs to be carried out at regular intervals (every few days) in order to be an effective strategy and to allow some lockdown measures to be relaxed.”

Slovakia currently has no plans to lift a state of emergency, which has been in place since October 1. Masks remain mandatory in all public areas and there is a ban on mass gatherings. Kindergartens and primary schools remain open, although secondary schools and universities are closed, with lessons being held online.