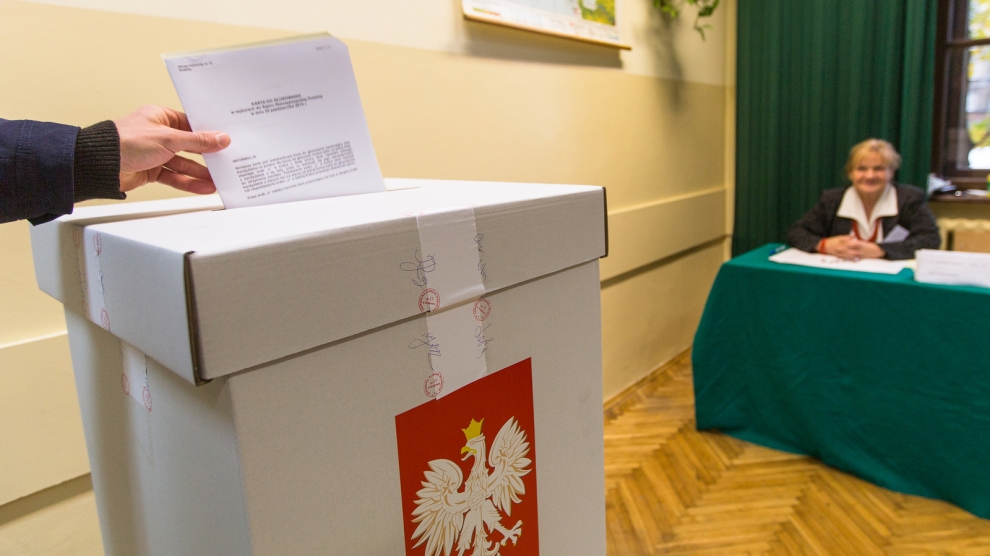 Poland’s ruling party, Law and Justice (PiS), appears to have emerged from the first round of voting in local elections on October 21 with a share of the vote well below expectations. The party, which in opinion polls regularly scores in the high forties, is projected by exit polls to have taken around 32.5 per cent of votes: lower support than it got in Poland’s 2015 general election.

If confirmed when official results are released on October 23 and 24, PiS would still have taken more votes than any other party, but the image it has lately painted of itself, as an all-conquering electoral machine with unwavering support from a majority of Poles, would have been severely damaged.

Party leader Jarosław  Kaczyński, Poland’s most powerful politician, tried to remain positive, saying that it was a “good result that bodes well for the future. It’s a good sign.” However, he added: “We have to work, work and again work. This is the beginning of an election campaign which will end in May 2020. There’s a lot of heavy work ahead of us, but we’ll manage.”

The leading opposition party, Civic Platform, won an estimated 24.7 per cent of the vote, almost the same as it won in 2015. Its former coalition partner, the agrarian Polish People’s Party, is projected to have taken 16.6 per cent.

PiS appears to have performed particularly badly in Poland’s larger cities. In the capital Warsaw, Rafał Trzaskowski, the Civic Platform candidate, easily defeated Deputy Justice Minister Patryk Jaki to become the city’s new mayor, taking 54.1 per cent of the vote. PiS had been confident of winning in Warsaw, a traditionally liberal city. Civic Platform also won mayoral races in some other cities, including Poznań, Łódz and Lublin, giving the party, and its leader Grzegorz Schetyna, a boost ahead of European and parliamentary elections next year.