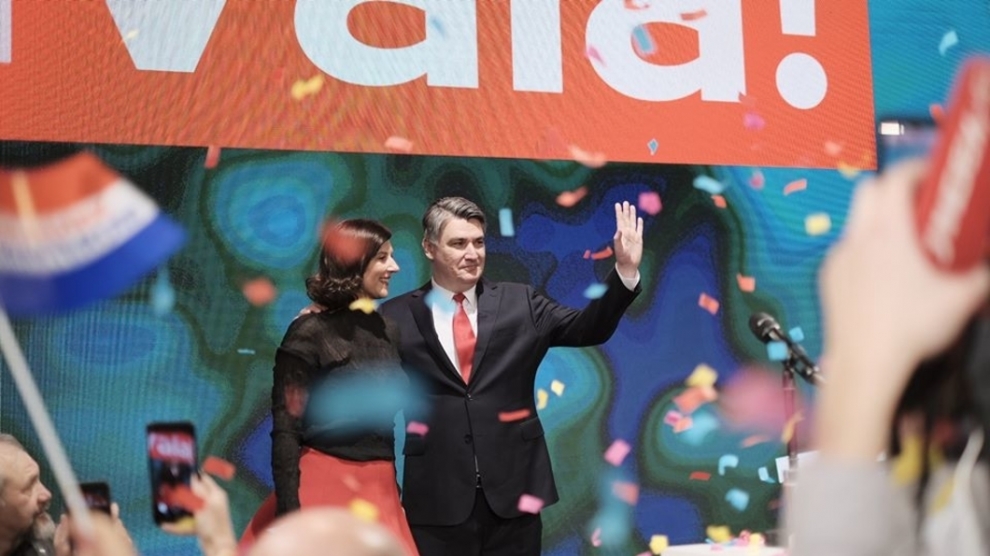 Mr Milanović won 52.7 per cent of the vote in a run-off, which the incumbent, Mrs Grabar-Kitarović, had been widely expected to win. Her defeat will be a heavy blow for the ruling centre-right Croatian Democratic Union (HDZ) party of prime minister Andrej Plenković, which on January 1 took over the rotating six-month presidency of the Council of the European Union and which faces a parliamentary election later this year.

A social democrat, the 53-year-old Mr Milanović told supporters at a victory rally that he wanted to create a more tolerant, European Croatia.

“Four million of us are looking for our place in Europe which is, despite all the problems, the nicest place to live, the most peaceful project in which Croatia must find its place and interest,” said Mr Milanović.

Having run a disastrous campaign ahead of the first round of voting shortly before Christmas, Mrs Grabar-Kitarović saw a big lead in the polls overturned by her rival.

She moved towards the far-right in order to appeal to supporters of the nationalist Miroslav Škoro, who came third in the first round of voting, but failed to secure enough of their votes, particularly in the less prosperous east of the country where many voters stayed at home.

Mr Škoro himself declined to formally back the president in the run-off.

In her latest gaffe, Mrs Grabar-Kitarović publicised an endorsement from a nationalist who was convicted of hijacking a plane in the US in 1976.

“This is the Croatian state, created in blood, defended in blood and carried in love,” she told supporters. “Let it remain so.”

While Croatia’s recovery from the global economic crisis of a decade ago has been impressive, the country has not fully diversified its sources of growth, relying heavily on tourism, which is vulnerable to the external environment.

An aging population and increasing levels of outwards migration are also key problems that the current government of Mr Plenković, an ally of Mrs Grabar-Kitarović, has yet to fully deal with.

Mr Milanović, who served as prime minister from 2011 to 2016, will have a largely ceremonial role, including presiding over the armed forces and sharing foreign policy duties with the premier. He pledged to co-operate with Mr Plenković and anyone who might succeed him during his five-year presidential term.

“I will work with anyone who leads this country with good intentions. I was in that position [of prime minister], and I have no pretensions to power,” he said. “I know what the president can and cannot do.”