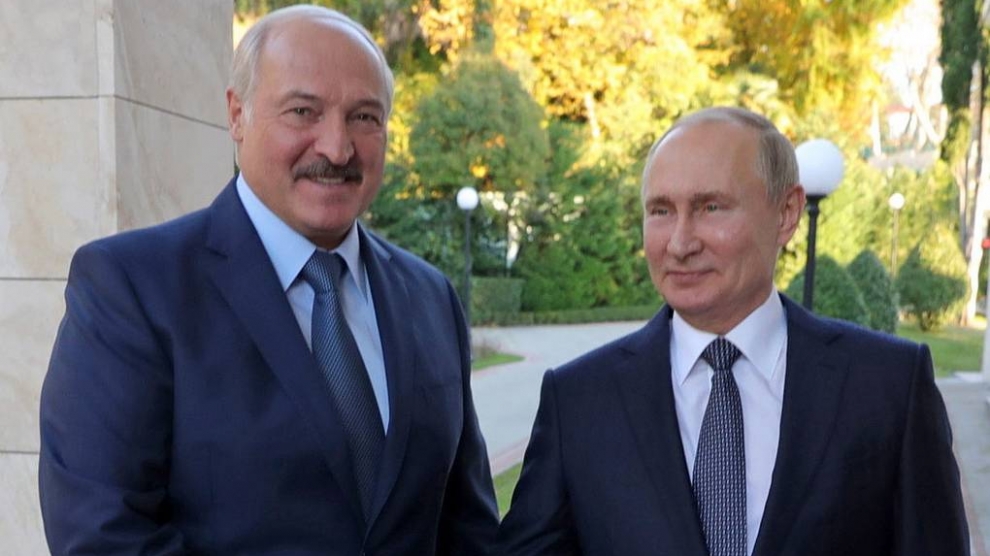 The supply of Russian oil to Belarus is becoming an increasingly political issue, as the respective governments continue to negotiate a long-term agreement on the flow of oil as well as closer ties between the two neighbours.

Amid stalled discussions on both fronts, Belarusian state oil concern Belneftekhim confirmed last week that it had nevertheless reached an agreement with Russian officials that will allow for a limited supply of oil – 133,000 tons – to Belarusian refineries at discounted prices.

The amount, which might be increased to 650,000 tons later this month, is enough to ensure the “non-stop operation of Belarusian refineries in January,” Belneftekhim said in a statement, noting that it still expects to reach a long-term agreement.

Belarus had temporarily suspended the export of Russian petroleum products on January 3 after the failure to agree a new deal led Russia to stop delivering oil to Belarusian refineries.

Regardless, while the flow of oil from Russia to Belarusian refineries was stopped, Russian oil transit to Western Europe via its neighbour continued. Around 10 per cent of Europe’s oil supplies – 24 million tons of oil –  come via the Druzhba pipeline through Belarus.

The row over oil comes amidst ongoing talks between the Belarusian and Russian governments intended to forge closer relations under the so-called Union State Treaty of 1999.

Russia has recently stepped up efforts to force Belarus into a deal that many in the country see as a step towards the creation of a single state, or federation.

Belarus was last year refused a 600 million US-dollar Russian loan as well as 200 million US dollars from a Russian-managed fund of the Eurasian Development Bank. Belarus has since borrowed much of the money from China.

The Russian push for closer ties, which includes the integration of the political and economic systems of the two countries, is widely seen as a way of keeping the Russian president Vladimir Putin in power after his current presidential term expires in 2024. Under the terms of the current Russian constitution he is unable to run again, but would be free to do so if a new entity including Russia and Belarus were created in the meantime.

While the Belarusian president Aleksander Lukashenko has on occasion flirted with the idea of setting up a union state or federation with Russia, he has repeatedly backtracked, vowing to protect his country’s independence.

“We’re not going to cut off our ties with Russia, they are our neighbour and largest economic partner, but surrendering our sovereignty and independence is out of the discussion,” Belarusian foreign minister Vladimir Makei told Foreign Policy earlier this week.

The most recent round of talks between the two leaders broke down in December amidst small scale but notable demonstrations in the Belarusian capital Minsk – where any unauthorised demonstration is news – against closer relations with Russia.

They are set to resume next month.