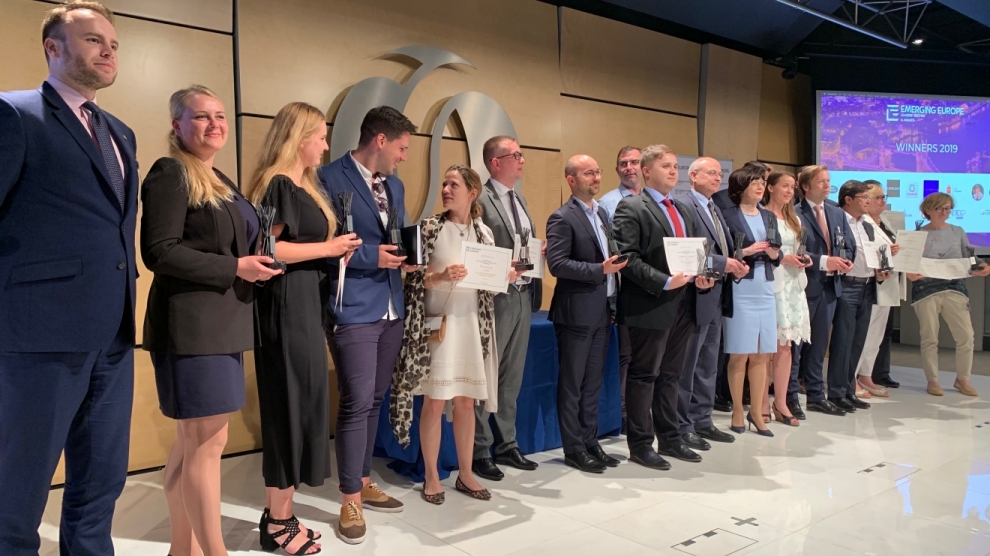 By any standards of measurement, Polish bus manufacturer Solaris had an outstanding 2019.

The firm, based in Bolechowo-Osiedle, near Poznań, secured orders worth hundreds of million euros for its revolutionary electric vehicles from public transport operators in cities as diverse as Milan, Berlin, Tallinn, Dubrovnik and the Polish capital Warsaw.

Its environmentally-friendly buses, which feature low floors to make it easier for disabled passengers to take up their seats and USB ports between rows, have become a symbol of Polish innovation and a sign that the emerging Europe region in general is moving up the value chain, from low-cost manufacturing to high-end, innovative products which can successfully compete on the global marketplace.

It was in recognition of this innovation that led Solaris to be named the first Emerging Europe Global Champion at the inaugural edition of the Emerging Europe Awards in 2018, held at the headquarters of the European Bank for Reconstruction and Development (EBRD), in London.

“We are very glad to receive such a prestigious award,” said Dariusz Michalak, deputy-CEO of Solaris Bus and Coach, while accepting the prize. “We are proud that Solaris is a brand enjoying global recognition and appreciation. The Global Champion trophy is a wonderful confirmation of that fact, placing us in the elite group of top European enterprises, which includes such brands as Amazon or Siemens.”

Less than a month after winning the prize, Solaris was acquired by CAF, a Spanish manufacturer of railway vehicles and equipment, whose investment has since spurred the company’s unprecedented growth. It is now Europe’s largest producer of electric buses: a true global champion.

Emerging Europe created its awards programme to further its mission of contributing to the social, economic and democratic growth of the 23 countries the organisation covers.

“What we set out to achieve with the awards was to recognise excellence, best practice, and encourage organisations to reach out for more,” says Andrew Wrobel, one of Emerging Europe’s founders.

“The success of the two editions we have run so far, and the success that our winners have gone on to enjoy, demonstrates that the awards are great platform for showcasing the talent that the region has in such abundance,” he adds.

“This year is set to be the largest event yet, with a number of new awards, and a new location: we are moving the awards ceremony to the heart of Europe, to Brussels, where of course so many of the key policies that effect individuals and companies in the region are made: policies that have facilitated the spread of free trade and which have enabled and inspired so many people from emerging Europe to do great things. It’s fitting that we will now be bringing these people, firms and organisations to the very centre of the European decision-making process, of which they too are an important part.”

The awards categories take into account the following key elements: raising awareness, social development and economic growth as well as recognising groundbreaking leaders who have made a real difference to the lives of the region’s people.

In 2019, LUG, the Polish producer of lighting systems, was named as Global Champion, the award for City Foreign Direct Investment (FDI) Promotion Strategy of the Year went to Vilnius in Lithuania, with Estonian Way being named Tourism Campaign of the Year. Hungary’s innovation-driven pharmaceutical company Gedeon Richter won in the Research and Development Category, while Jaguar Land Rover’s state-of-the-art manufacturing facility in Nitra, Slovakia, was named the Best FDI Project.

Other winners included Romania’s Grampet Group, the Regional Champion, while Praga Koneser Centre won Best Urban Renewal Project for the transformation of the former Warsaw Vodka Factory into a business and cultural centre, with Poland’s Holo4Labs taking the title of Innovation Initiative of the Year.

In the social categories, there were popular wins for some incredibly innovative programmes.

The City of Ljubljana’s LGBT+ Certificate was the winner of the Equality-Friendly Initiative of the Year, with Pole Mateusz Hołda named the Young Influencer of the Year.

Insignes Lab, a start-up from Poland specialising in the development which develops strategies for novel antimicrobial components was named the Social Impact Start-Up of the Year, and Promocija, from Montenegro, was given the award for Best Young Empowerment Initiative.

“It is a genuine thrill to receive this award,” said Dr Georgieva, accepting her award. “I am grateful for the opportunities I have had in life to serve in public office. I am even more grateful for the chance in recent decades to help create a world of opportunity for young people, especially those from emerging Europe.”

Dr Georgieva would soon after be named the new managing director of the International Monetary Fund (IMF).

Winning an Emerging Europe award may not be a guarantee of future success, merely attending the ceremony itself, which takes place in conjunction with the Emerging Europe Leaders Meeting that brings together heavy-hitters from across the region and beyond, can be a life-changing experience.

“The awards opened a new horizon to me, a horizon where young people and youth workers such as myself have their say, where our achievements are celebrated, where we are perceived as equal partners on the path of progress,” says Ana Alibegova, director of programme development at MladiInfo in North Macedonia, a nominee in 2019.

Nominations and applications for this year’s awards close on February 29. You can find out more by visiting our dedicated awards platform, here, or use one of the links below.

Global Champion of the Year

Innovation Initiative of the Year

Public-Private Project of the Year

University-Business Initiative of the Year

Tourism Campaign of the Year

Diaspora Engagement Initiative of the Year

Social Impact Start-Up of the Year

Young Empowerment Initiative of the Year

Equality-Friendly Initiative of the Year

Artistic Achievement of the Year

Young Influencer of the Year

Female Business Leader of the Year

Romania given six months to recover 570 million euros of illegal state aid
Rijeka, the culture capital that knows how to party: Elsewhere in emerging Europe
Comment