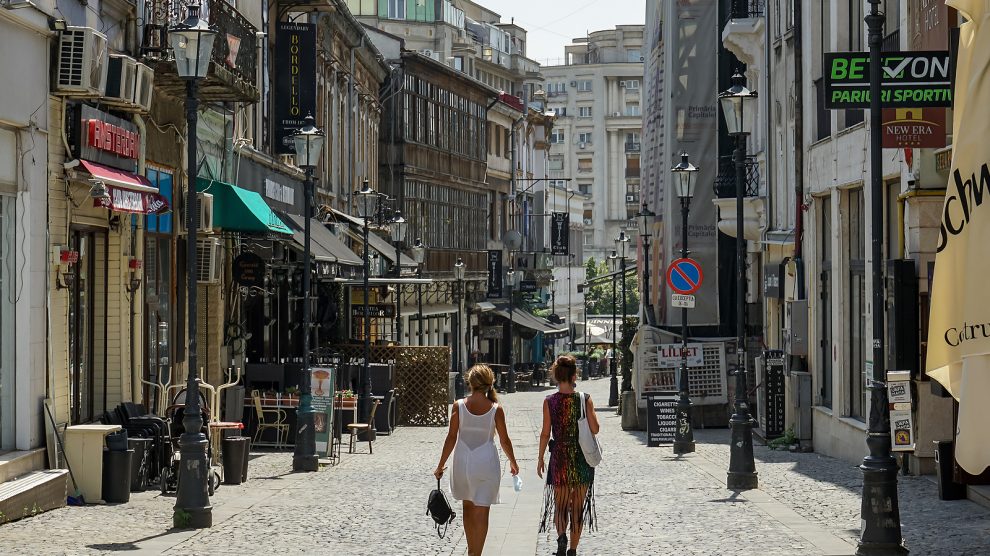 The tenants of Bucharest’s Old Town

Juxtaposed with luxurious boutiques and chic cafés, the decrepit buildings of Bucharest’s Old Town have a powerful sensorial effect. These heightened contrasts — freshness coexisting with morbidity; wealth being made right next to ruins — visually capture the city’s increasing social polarisation.

An initiative to scrap border controls in the Balkans is causing political waves, but for businesses it could be a boon.

China benefits from divisions that prevent the EU from forming a unified front against it. That is why relations with EU members Hungary and Poland, as well as with the Western Balkans and Serbia in particular, are getting stronger.

Amid the schisms which increasingly sunder the EU’s West from its eastern members, both sides are, for their own reasons, careful to suppress the bloc’s big economic secret: that the Old EU runs the eleven newish members in Central and Eastern Europe as a colonial fief.

Local designers have been growing their market slowly for years, but the fallout from last year’s war with Azerbaijan has kickstarted the industry.

Beaches along Croatia’s Adriatic Sea coastline are swarming with people. Guided tours are fully booked, restaurants are packed and sailboats were chartered well in advance.

Kidnapped, raped, wed against their will: Kyrgyz women’s fight against a brutal tradition

At least 12,000 women are still abducted and forced into marriage every year in Kyrgyzstan. But pressure is growing to finally end the medieval custom.

Remains of Lithuanian synagogue destroyed by Nazis and Soviets unearthed

Archaeologists in the Lithuanian capital of Vilnius have found sacred objects from the Great Synagogue of Vilna, which was partially destroyed by the Nazis before being razed by the Soviets in the 1950s.

Latvia’s ice hockey team advanced to the Olympic Winter Games over the weekend, winning all three qualification round matches. In doing so, it marked a big moment for a team that’s still recovering from the loss of a dear teammate, Matiss Kivlenieks.

A history of Azerbaijan in six cultural artefacts

Over the past three decades, Azerbaijan has seen numerous crises from its perch on the Caspian Sea. Each of these struggles inevitably made their way into art: either contemporary books, films, and songs that captured a world in flux, or older artwork that resurfaced and shone in a whole new light.