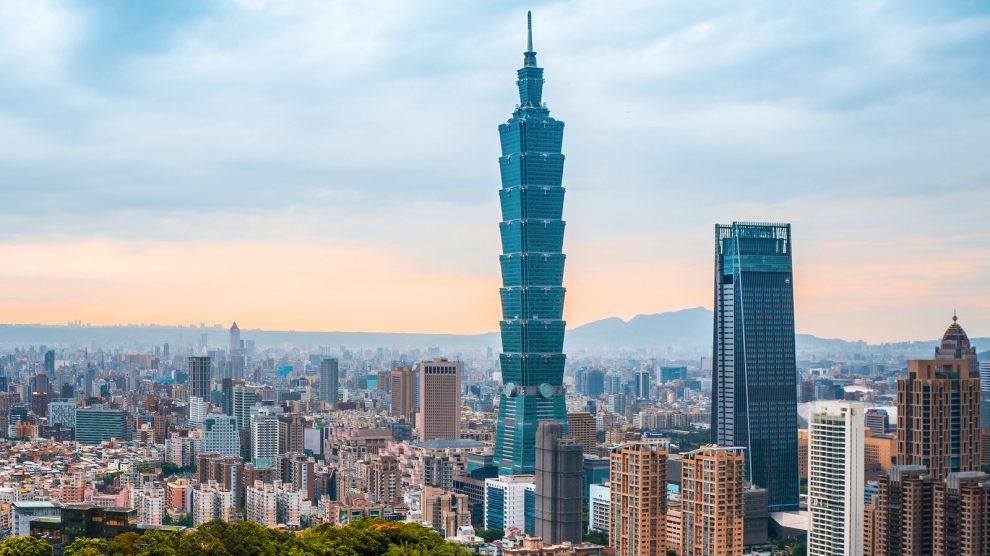 The opening of a Lithuanian trade office in Taipei and a Taiwanese Representative Office in Vilnius last month intensified the rift between the Baltic country and China. However, Beijing’s recent threats to halt economic relations with Vilnius will likely only further tarnish its own international image.

While recently established trade offices in Taipei and Vilnius are no different to similar representations many European nations already have in and with Taiwan, Lithuania has angered China by referring to Taiwan by its name.

Beijing opposes the use of the name Taiwan, seeing it as de facto recognition of the island’s independence from China.

Further irking Chinese officials is the fact that Lithuania’s blooming relationship with Taiwan follows its decision earlier this year to quit Beijing’s 17+1 format, aimed at facilitating trade and investment with Central and Eastern Europe.

Since the row began, the former Lithuanian representative to China Diana Mickeviciene has been asked by Beijing to leave the country, while the Chinese ambassador to Lithuania, Shen Zhifei, was recalled.

While Beijing has denied claims by Taiwan’s state media that Chinese freight trains to the Baltic country have been halted, the Lithuanian State Food and Veterinary Service (SFVS) last week told the Baltic Times that, “a month ago, the Chinese contacted us and gave us a list of certain non-compliances, and one of our beer exporters was taken off the list [of companies] allowed to supply products to China”.

“[China’s authorities] have stopped certification processes. Questionnaires are not being filled in because of a lack of audits on their side and everything has stopped. We have not received any indication from their side that the approval of products might stop. They are just not doing anything. I can’t comment on why,” the SFVS spokesperson added.

These still unclear, but seemingly real consequences Lithuania is facing nevertheless reveal the main reason other European democracies are reluctant to take the same path as Lithuania: the potential threat to trade.

Not a credible threat

David Scott of the Centre for International Maritime Security (CIMSEC), who has also written extensively on the rise of China, is sceptical however that Lithuania will face any significant, long term repercussions.

“I do not think that China’s veiled threat to stop all trade with Lithuania is particularly credible,” Scott tells Emerging Europe.

“China has a large (ever increasing) trade surplus with Lithuania. In 2020 Lithuania’s exports to China were some 357.76 million US Dollars; whilst China’s exports to Lithuania were around 1.34 billion US dollars,” he says, adding that, “in other words, at present China benefits from trade with Lithuania, while Lithuania does not – from a balance of trade point of view.”

Wei-chin Lee, professor of East Asian International Relations at Wake Forest University in the US, agrees with the notion that Lithuania is unlikely to suffer financially from a Chinese economic blockade.

“While China’s state media claimed that Lithuania must pay the price for openly playing the ‘Taiwan’ card, Lithuania seems determined to continue its current policy,” Lee tells Emerging Europe, adding that, “in this case, China has to ascertain the diplomatic impact of its economic penalties toward Lithuania.”

China’s image has been tarnished once again

Lee says that China’s growing tendency to lash out against states it views as going against Beijing as more harmful to itself than to the countries it is attempting to punish.

Emilian Kavalski, professor at the Jagiellonian University in Krakow, Poland, specialising in Asian politics, with focus on China, agrees.

“China’s trade with Lithuania is already quite limited (some would even say insignificant). Hence, there were already very few trains travelling to Vilnius,” Kavalski tells Emerging Europe, adding that, “instead, China is signalling to other Central and Eastern European countries.”

“Perhaps, paradoxically, China’s trade war on Lithuania might backfire by intensifying the conversation in Europe on the meaning of the ‘One China’ policy, something that has already been happening behind closed doors,” Kavalski argues, suggesting that Vilnius’s support for Taiwan might encourage others to take a similar path.

Lithuania is not alone

While the small country’s stance against an economic powerhouse might be inspiring, for many European states which are more reliant on the Chinese market for exports, and on cheap Chinese imports, the possibility of such public fallout with Beijing remains unlikely at present.

“On the other hand, the struggle for diplomatic and political influence in CEE between Taiwan and China is likely to continue. Given CEE countries’ efforts to escape their communist past, democratic Taiwan is clearly more attractive to many in the region than communist China,” Jeremy Garlick, professor at the faculty of International Relations at the Prague University of Economics and Business, tells Emerging Europe.

Similar sentiments were mirrored in a letter signed by 15 US Congress members this week, which stated that, “The Lithuanian people have set themselves apart with their bold and defiant opposition against foes of freedom and democracy.”

“It is imperative for the United States and her allies and partners to seek every opportunity to work together to protect and uphold those sacred values against the malign and corrosive tactics of the CCP,” the letter further read.

On September 3, EU foreign ministers are expected to meet in Ljubljana and discuss the increasing tension between China and Lithuania.

“We [the EU member states] have expressed very clearly that we disagree [with] what China is doing in its recalling of the ambassador, and putting this kind of economic pressure [on Lithuania], which is basically against international law,” an EU representative involved in the talks said in a statement to the Hong-Kong-based South China Morning Post.

“We have to consider that China is wrong in this case. No action from Lithuania, from the European Union, from any member states has put in doubt the principle of the one China policy,” the statement read.

Kavalski is not surprised by the EU’s response to the rift between Beijing and Vilnius, stating that, “perhaps, one lesson that Beijing’s diplomats could have learned since the start of the [Covid-19] pandemic is that threats tend to backfire.”

“Thus, rather than bringing back Lithuania (and Europe) to Beijing’s version of the One China policy, the current threats might actually lead more EU member states to question their own subscription to that version.”

The tenants of Bucharest’s Old Town: Elsewhere in emerging Europe
Illegal logging is not the only problem facing Serbia’s forests
Comment