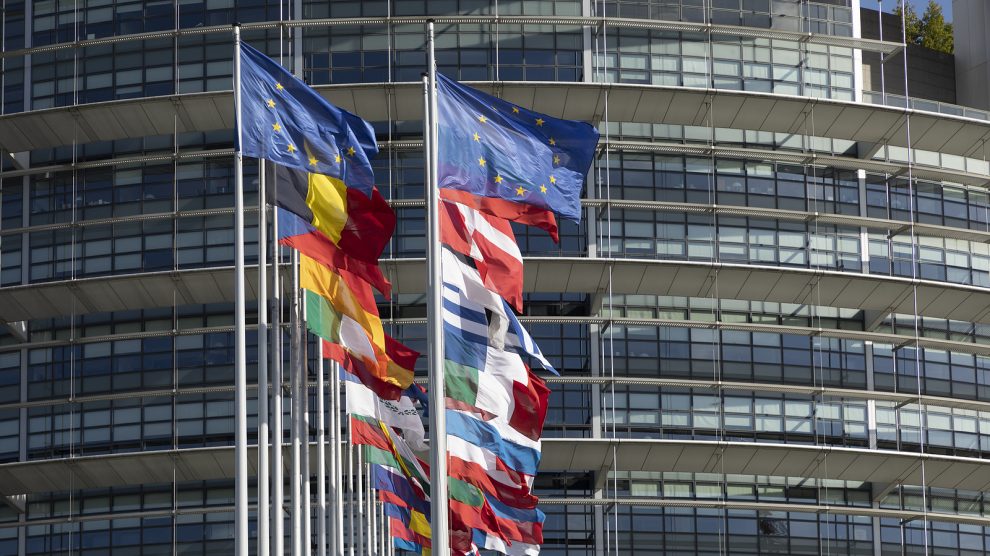 The European Union’s Next Generation EU fund, designed to help member states recover from the Covid-19 pandemic will see most CEE countries receive large amounts of financial support. However, several are yet to be given the green light for their spending plans.

Next Generation EU is an economic recovery package that will see financial support worth a total of more than 800 billion euros distributed to member states – in additional to the regular EU budget – by 2023.

As part of the conditions for accessing the fund, however, member states have had to submit their plans for the money to the European Commission, in order to assess their suitability.

So far, six of Central and Eastern Europe’s 11 member states have had their plans approved: Croatia, Czechia, Latvia, Lithuania, Slovakia and Slovenia.

Estonia, Hungary, Poland, and Romania meanwhile are still waiting for the green light.

Bulgaria has yet to submit its plan due to a political crisis – the country has held two elections this year, both inconclusive – that shows no signs of abating.

Latvia is to soon be handed 1.8 billion euros in grants, of which it plans to spend 37 per cent on fighting climate change, and 21 per cent on the digital transformation of government institutions and private enterprises, while the rest of the money is to be invested in several public service, including public transport.

Slovakia will receive 6.3 billion euros, of which the Central European country has pledged to spend an impressive 43 per cent on issues related to climate change, such as renewable energy and the greening of buildings. Much of the rest of the funding should go to ensuring the country’s economic and social resilience.

Czechia is also planning to spend a large percentage of the seven billion euros it will receive on climate change. Specifically, 42 per cent will go towards issues such as renewable energy, the modernisation of heating networks, the replacement of coal-fired boilers and improving the energy efficiency of buildings.

The Commission has also approved Croatia’s plan for its allocation, 6.3 billion euros. The 40 per cent of funds which it plans to spend on climate change will be invested in renewable energy, energy efficiency, post-earthquake reconstruction of buildings, management of water resources and flood protection measures.

Lithuania’s plans have also been given the thumbs up by the EU executive, and the Baltic nation is to receive 2.2 billion euros, of which 38 per cent will be invested in creating wind farms and other alternative energy sources, and removing polluting vehicles from the country’s roads, amongst other activities related to climate change, and 32 per cent to activities related to digital transformation.

Slovenia’s recovery plans – worth 2.5 billion euros – have also been met with approval, 1.8 billion euros in grants, and 705 million euros in loans. The 42.2 per cent it has allocated to green recovery are to be used for the renovation of buildings, the renovation of railroads, and drinking water sources. Much of the rest of the financial support will be spent on digital goals, such as ensuring “smart and inclusive” economic growth, healthcare, and digital transformation.

Estonia submitted its funding allocation outline to the Commission on June 18. In it, the Baltic country asks for 982.5 million euros, which it suggests utilising based on “the digital transition of businesses, the green transition in enterprises, digital Estonia, sustainable energy and energy efficiency, sustainable transport, and healthcare and social protection”.

According to Maili Vilson of the Johan Skytte Institute of Political Studies at the University of Tartu, the Commission’s delay in assessing Estonia’s submission should not be a cause for concern.

“There were some objective reasons, such as the change of government in January 2021 and Covid-19 crisis management, as to why the plan was submitted late, and therefore also the negotiations and the European Commission’s feedback have come late, especially as August was a vacation month in Brussels,” she tells Emerging Europe.

She says that Estonia’s proposed measures in general support green transition and meet the necessary conditions, although there are valid points of criticism.

“The measures do not differ significantly from the plans of other EU countries,” Vilson says, adding that, “one may debate to what extent the green transition a sincere policy goal for the government of Estonia, but there is no doubt that, if pursued, the measures will bring significant changes for many economic sectors as well as everyday life in Estonia.”

The key aspects on which the country plans to focus spending are “green transition, digital transformation, smart growth, social and territorial cohesion, health and resilience, and policies for the next generation”.

Next Generation EU prioritises green post-pandemic economic recovery, which is why all members are expected to allocate at least 37 per cent of their spending on fighting climate change.

While Romania’s agenda does include issues related to the environment, including plans for improving the sustainability of transport and the renovation of buildings, some have criticised its plans for not going far enough in terms of investing in renewable energy sources.

This, alongside several other issues related to missing information about how the funding is to be spent led to the Commission offering a critical assessment of the plan. Romania has since requested an extension to the evaluation period.

Hungary and Poland are also problematic

Negotiations between both Hungary and Poland and the European Commission over Next Generation EU funding have arguably been the most widely publicised, as the EU continues to withhold both countries’ submissions over concerns about the primacy of EU law.

“As a significant number of European transfers have landed in the hands of government cronies during the past decade it is about time that the EU stops financing a government which does not uphold its basic values including democracy, human dignity and the rule of law,” Dóra Győrffy, professor of International Studies at the Pázmány Péter Catholic University in Hungary, tells Emerging Europe.

“There has been increasing political pressure from various actors on the Commission to do something. The Commission might postpone any decisions on the funds until the European Court of Justice reaches a final verdict on Hungary, so it can apply the rule of law mechanism,” Győrffy adds.

“It seems unlikely that there will be an agreement regarding the funds this fall or even until the elections next April. For [Hungary’s ruling party] Fidesz, the possibility to play the victim and fight against Brussels is an often-used political strategy, which it might find useful during the campaign for the 2022 general elections,” the scholar further argues.

She adds that Fidesz has enough funds available to pay for its election campaign, “so there is no immediate need for this money. Thus I would be surprised if the government was willing to make compromises with the EU especially on the strengthening of judicial independence.”

According to Katarzyna Zechenter, a professor at the UCL School of Slavonic and East European Studies, the situation in Poland is rather similar.

“One of the concerns is the fear that Poland’s ruling party might eventually use some of the EU recovery funds to strengthen its political position through nepotism and systemic corruption,” she tells Emerging Europe.

“Some funds could go to state-owned companies or companies associated with the government in which the interests of the ruling party will be presented as public interest. And this would further jeopardise the rule of law and undermine media pluralism in Poland,” Zechenter further points out.

Bulgaria and The Netherlands are the only member states yet to submit their legally-required funding allocation plans, as both are struggling to form a ruling coalition.

With caretaker governments unwilling to take long-term economic decisions about a country, the Next Generation EU plans cannot be put together.

“Bulgaria is last in the queue. This is due to the vortex of indecisive elections that have left the country without stable government,” Simeon Djankov, senior fellow at the Washington DC based Peterson Institute for International Economics, tells Emerging Europe.

“Also, there is no political consensus as to major recovery fund priorities like the green economy, hence the caretaker government has to revise the draft plan significantly,” adds Djankov, who previously served as deputy prime minister and minister of finance of Bulgaria.

On Thursday, the Bulgarian Socialist party, which came third in the most recent Bulgarian election, in July, gave up on its attempts to form a coalition government. A third round of elections has now been scheduled to take place in November, meaning that the caretaker government will likely soon submit an official application to the European Commission to avoid missing out on an advance payment of 800 million euros.