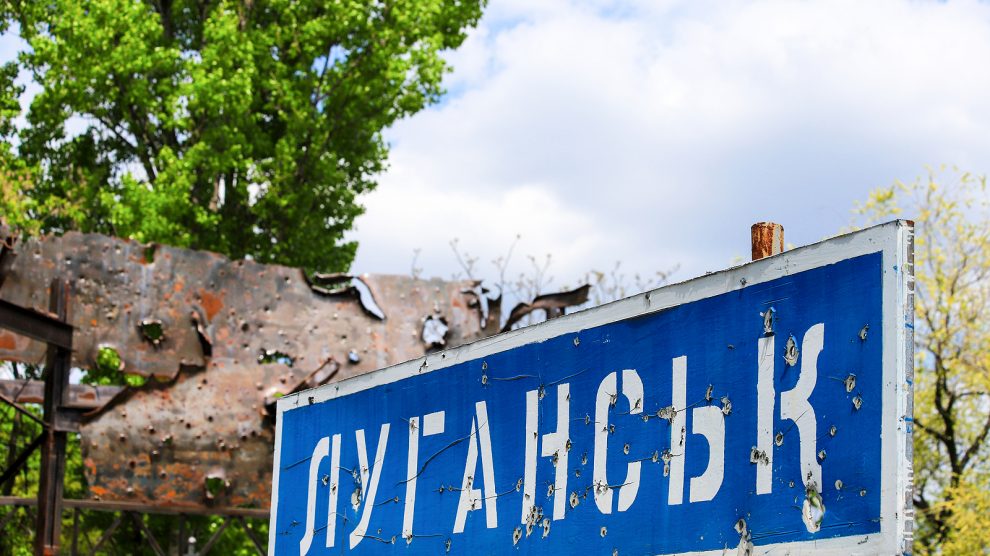 On Ukrainian front, grinding war and weary anticipation of invasion

After eight years in the trenches, Ukrainian soldiers are resigned to the possibility that the Russian military, which dwarfs their own in power and wealth, will come sooner or later.

The asylum seekers on the Poland-Belarus border are not aggressors: they are desperate pawns in a disgusting political struggle.

In the summer of 2016, the cash-strapped Bulgarian air force nearly collapsed amid political squabbling in the capital Sofia. With a yawning air-defence gap forming on its southeastern frontier, NATO intervened — and assigned an F-15 squadron from the California Air National Guard to fill in for the Bulgarians’ own dysfunctional air arm.

It would be tempting to dismiss this week’s Summit for Democracy—which has been relegated due to Covid-19 from a flagship gathering of world leaders to a virtual conference with few expected deliverables. But that would be wrong: The event offers a critical new approach to fighting corruption by focusing on democracy protection, rather than democracy promotion, taking the approach of fixing your own house first.

Religious communities in Montenegro are still wary of vaccination. Muslim leaders are the exception

Struck in rapid succession a year ago by the deaths from Covid-19 of two senior Orthodox priests, Montenegro’s dominant church remains stubbornly wary of vaccines. The vaccination rate is low and the death rate high in this country of around 620,000 people, more than two-thirds of them Orthodox.

Kyrgyzstan: A stranded village on Tajik border struggles for survival

A ghostly silence has descended over the burnt-out gas stations of Arka. It’s been that way since the deadly violence that broke out in late April. There are no imminent plans to rebuild them. And the town is slowly emptying.

Is the EU politically committed to its eastern partners?

The EU’s Eastern Partnership has brought tangible benefits to its member countries but does not reflect today’s geopolitical realities. The approaching summit is a chance to tailor the initiative to partners’ diverging needs.

Bosnia is lurching toward crisis, once again. Milorad Dodik, the Serb member of Bosnia’s tripartite presidency, is threatening to withdraw the Serb-majority half of the country from statewide institutions.

Imre Kertész: Where to start with Hungary’s Nobel Prize-winning author

All of the writings of Hungary’s only Nobel Prize-winning author, Imre Kertész, orbit around one central experience: surviving the Holocaust, then rebuilding his life amidst a society marked by trauma, oppression, and complicity.

Lauded by UNESCO as a “masterpiece” and famed for its vivid and intricate murals, the Gelati Monastery is one of Georgia’s national treasures. So, in spring 2020, it came as quite a shock for many Georgians to see the country’s 12th-century Orthodox monastery, a revered symbol of an independent Georgia, in a state of disrepair, a blue tarpaulin partially covering its roof. After a costly renovation a few months earlier, the repaired roof was leaking, badly damaging the priceless murals inside.