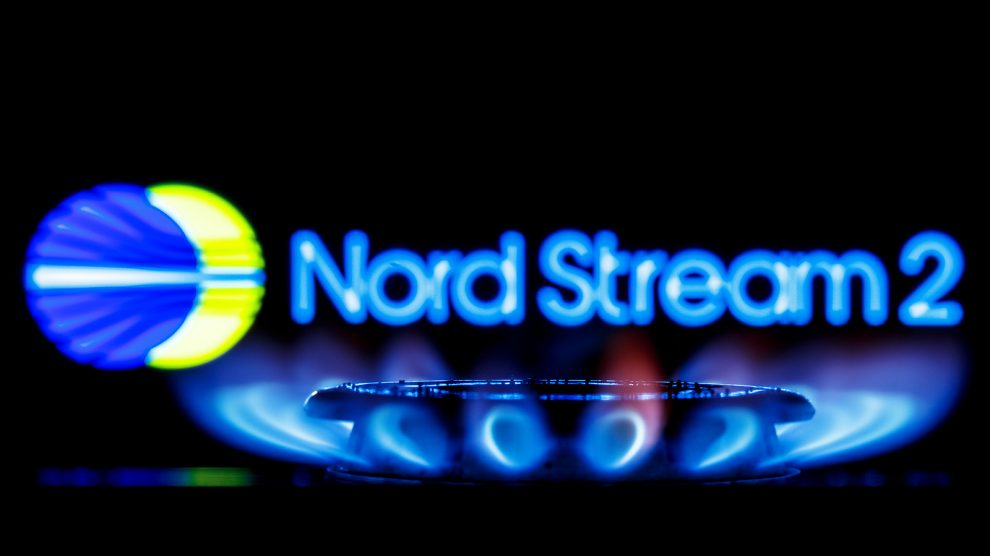 Germany’s new government has not yet committed to blocking Russia’s Nord Stream 2 gas pipeline, but this weekend gave strong hints that it would be prepared to do so if necessary.

Germany’s new chancellor, Olaf Scholz, visited to Warsaw at the weekend for talks with Polish Prime Minister Mateusz Morawiecki, saying that his government is committed to safeguarding Ukraine’s role as a transit route for gas into Europe.

Russia’s Nord Stream 2 pipeline, completed earlier this year and which would carry Russian gas to Germany and bypass Ukraine, has yet to be certified by Berlin due to regulatory issues.

“We will also help Ukraine be a country that will be a major source of renewable energy and the necessary production that results from that. We are in concrete talks around how we can help achieve that,” Scholz said, who added that, “it would be a serious mistake to believe that violating the borders of a European country would remain without consequences,” in reference to the current build-up of Russian forces on Ukraine’s borders.

Ukraine is set to lose out on around two billion US dollars per year in transfer fees should Nord Stream 2 become fully operational.

Morawiecki meanwhile, whose government has long been opposed to the pipeline, built at a cost of almost 10 billion euros, said that: “it would be better not to allow the opening of Nord Stream 2″.

Later on December 12, Germany’s new foreign minister, Annalena Baerbock, whose Green party had made blocking Nord Stream 2 a key part of its election manifesto, told state broadcaster ZDF that Germany would be prepared to halt the pipeline, “in the event of further escalation”.

Baerbock also pointed out that the pipeline cannot be authorised “for the time being” because it does not meet the rules of European energy legislation.

Germany’s energy regulator halted its certification process of the pipeline in November, saying its operator was based in Switzerland, not Germany.

“Following a thorough examination of the documentation, we concluded that it would only be possible to certify an operator of the Nord Stream 2 pipeline if that operator was organised in a legal form under German law,” the German regulator said at the time.

In July, the United States – also long-opposed to Nord Stream 2 – reached a deal with Germany that allowed for its completion in exchange for heavy investment in Ukraine’s energy infrastructure and a promise to sanction Russia should it ever use the pipeline as political leverage over Europe.

US Secretary of State Antony Blinken reiterated the commitment of the Joe Biden administration to impose sanctions should Russia again invade Ukraine.

“That pipeline … doesn’t have any gas flowing through it right now,” he told NBC’s Meet the Press programme. “And, in fact, it’s a source of leverage on Russia because to the extent [Russian] President [Vladimir] Putin wants to see gas flowing through that pipeline – if and when it becomes operational – it’s very unlikely or hard to see that happening if Russia has renewed its aggression on Ukraine, if it takes renewed action.”

Poland itself took a huge step towards diversifying its energy mix away from Russian gas supplies in November with the completion of the final sea bed section of the Baltic Pipe project.

The pipeline, which connects Poland with Norwegian gas fields via the Baltic Sea and Denmark, will have a capacity of around 10 billion cubic metres per year, roughly equivalent the amount of gas Poland currently imports from Russia.