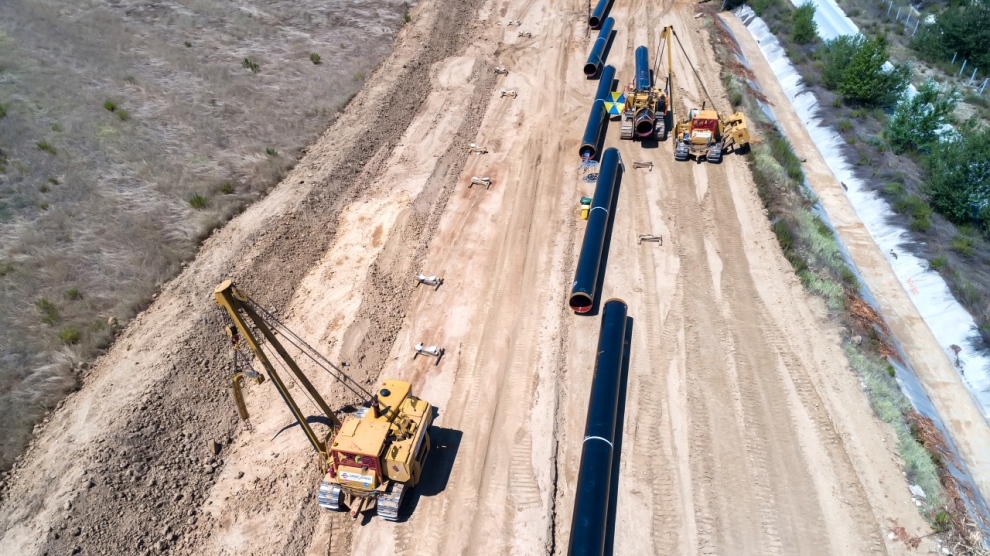 Luca Schiepatti, the managing director of TAP AG, the project company responsible for the Trans-Adriatic Pipeline (TAP) has announced that the delivery of Azerbaijani gas to Italy could begin in the third quarter of 2020, AzerNews has reported.

Speaking at an energy conference on September 23, Mr Schiepatti noted that the construction of the pipeline’s Greek and Albanian sections was going as planned.

“Technically there are no problems to increase the capacity of the pipeline. It will only be necessary to build two compressors in Greece and Albania on existing pipes,” he added, noting that the Italian government endorsed and extended TAP’s environmental impact assessment.

Running from Turkey to Italy through Greece and Albania, the Trans-Adriatic Pipeline is the final element of the so-called Southern Gas Corridor, a 3,500 kilometre-long pipeline network that will ensure the transit of Azeri gas to Europe. The two remaining elements (the Trans-Anatolian Pipeline running from Turkey to Greece and Bulgaria and the South Caucasus Pipeline that connects Azerbaijan’s Shah Deniz gas fields at the Caspian Sea with Turkey through Georgia) have already been completed.

TAP, which is 90 per cent complete, is expected to deliver of an annual 10 billion cubic metres of natural gas to Europe. However, the project company’s CEO added that tests have begun to gauge the possibility of doubling the annual capacity.