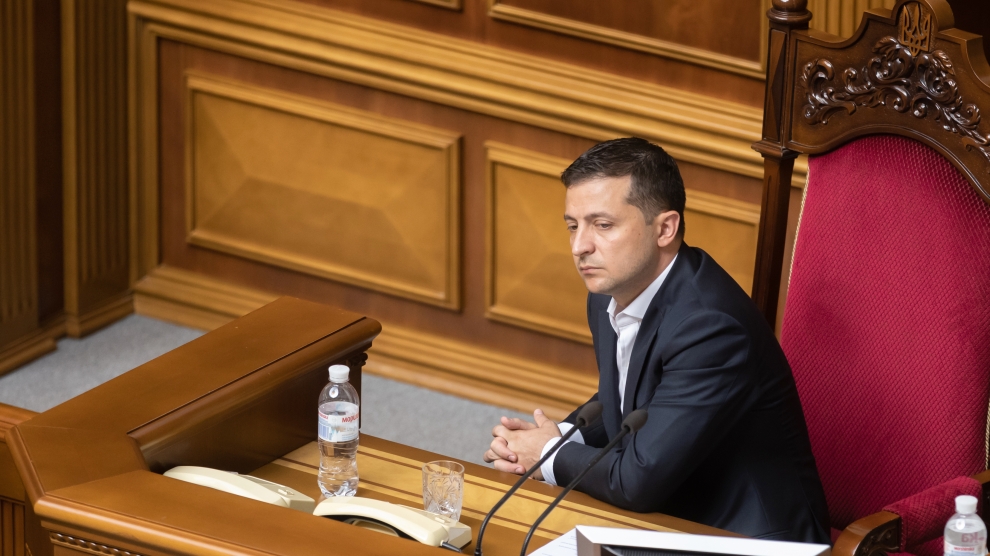 Transparency International has called on the president and parliamentarians of Ukraine to immediately introduce and pass new legislation that will reinstate accountability for false declarations of assets and conflicts of interest by the country’s officials.

The call follows a ruling last week by the country’s constitutional court which removed the powers of the National Agency on Corruption Prevention (NACP) to verify officials’ declarations, decriminalised related violations and closed the asset registry to the public.

“In the midst of a global pandemic that threatens the lives and livelihoods of Ukrainians, undermining efforts to safeguard public funds and with it international aid and cooperation is an unconscionable decision that must be immediately addressed with legislative action,” says Andrii Borovyk, Transparency International Ukraine’s executive director.

Transparency International believes that the ruling sets Ukraine’s anti-corruption reforms back decades. According the organisation, as of October 27, the National Anti-Corruption Bureau of Ukraine was working on 110 criminal proceedings over 180 cases of intentionally false asset declarations. Thirty-four of these cases were sent to the High Anti-Corruption Court (HACC). Following the ruling, all of these cases will be closed and no perpetrators will be punished.

“Ukrainians deserve to know how public funds are being spent and have the tools to hold officials accountable,” says Delia Ferreira Rubio, chair of Transparency International. The organisation believes that the constitutional court’s decision will threaten the visa-free regime for Ukrainians with the European Union as well as further financial assistance from the International Monetary Fund (IMF) and the EU.

The IMF has long made the creation of an effective anti-corruption framework a condition of its engagement with Ukraine. In June, the IMF approved a new 18-month stand-by programme for Ukraine worth five billion US dollars, with the immediate allocation of 2.1 billion US dollars of the first tranche.

“These rulings are part of a systematic effort to undermine the rule of law, push back against the progress made in our fight against corruption, weaken our society and economy and, last but not least, stop Ukraine’s Euro-Atlantic integration,” wrote Mr Zelensky in an editorial for the Financial Times, accusing pro-Russian and oligarch-backed MPs – who form a minority in Ukraine’s parliament – of attempting to oppose reform efforts and Kyiv’s engagement with the IMF.

“Of particular concern is the fact that there are a number of other petitions — from pro-Russian MPs and those supported by oligarchs — pending before the constitutional court, that are designed to cancel our most recent major reforms, in areas such as land, banking and the anti-corruption court. I am proud that we have succeeded in implementing these vital reforms for the country, but now the constitutional court threatens to cynically dismantle them,” he wrote.

Mr Zelensky is well aware that his own reputation as a reformer relies on his being able to bring order to Ukraine’s chaotic legal system and clamp down on corruption – a major factor factor in his landslide election win in 2019.

On October 30, the president tabled a bill in parliament which proposes to terminate the powers of the constitutional court’s judges, and declare its ruling on asset declarations “null and void”.

However, for much of the past half-year, his Servant of the People party has been voting together with the pro-Kremlin Platform-For Life party – the party which initiated the constitutional court’s ruling.

He will now be forced to quickly form a new coalition in order to push through his proposed legislation, something that currently looks unlikely.

“Nevertheless,” says Anders Åslund of the Atlantic Council, “if Zelensky wishes to save his presidency, he must make a clear choice and display leadership. His decisions over the coming days are likely to determine Ukraine’s future direction for years to come and will reverberate throughout the wider region.”