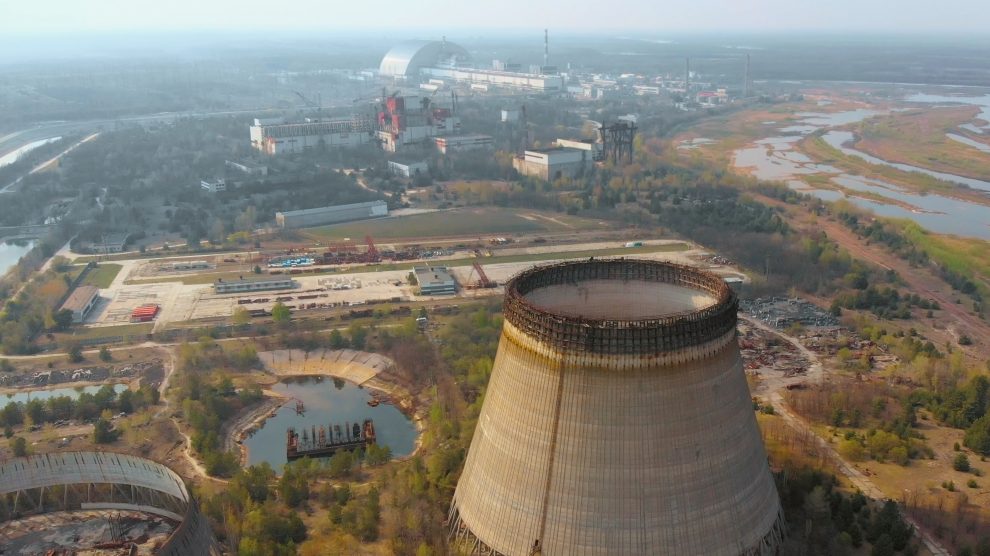 Ukraine is seeking UNESCO World Heritage status for the site of the world’s worst nuclear accident. Officials hope recognition from the UN’s culture agency will boost the site as a tourist attraction and in turn bolster efforts to preserve ageing buildings nearby.

The ‘beautiful’ life of a Kyrgyz customs official

Raimbek Matraimov is a powerful Kyrgyz political operator known for his massive wealth. An investigation into his wife’s social-media accounts has revealed the opulent lifestyle his family enjoyed even as he declared only a modest salary in the country’s customs service.

A stocking revolution in Belarus

Women are posting photos of their legs in stockings to support former Miss Belarus Olga Khizinkova, who was jailed last month after protesting against President Alexander Lukashenko.

Russian politicians sometimes enjoy, for reasons best known to themselves, riling their loyal neighbor Kazakhstan. Last week, it was the turn of a pair of lawmakers who questioned Kazakhstan’s claims to nationhood by claiming that the country’s very existence was merely a result of historical Russian generosity.

The Black Sea: How America can avoid a great-power conflict

America is in a period of great-power competition but it is not in a period of conflict, and the goal should be to keep things that way while competing effectively against Russian and Chinese influence.

‘Be like Nina’: How a Ukrainian nurse organised a protest movement

Low wages, stressful conditions and little hope in the future of Ukraine’s healthcare system – this is what Nina Kozlovska, a nurse at a Kyiv regional hospital, is campaigning against.

Unlike Trump, Europe’s far-right leaders haven’t been damaged by the pandemic

A study of 31 countries shows other right wing populists have not been ‘exposed’ by Covid-19 in the way the US president was.

The right-wing government of Prime Minister Janez Janša has cut funding for Slovenia’s public press agency, claiming the service hasn’t accounted for its spending. Rights groups have decried the threat to press freedom.

A misogynist propaganda video was published this week featuring Hungary’s minister responsible for families, Katalin Novak, lecturing Hungarian women on how to be successful. It included “advice” on how women should not always compete with men or expect to get the same pay as them. Rather, women should relish their roles as child bearers and caregivers, said the minister.

Britain’s ambassador to Turkmenistan, where an authoritarian post-Soviet government has never officially registered a single coronavirus infection, has said he “need[s] to recuperate from covid.” British Ambassador to Turkmenistan Hugh Philpott tweeted the news of his apparent infection on December 16 while talking about a quirky YouTube video in which he performs a song in Turkmen.

A Moldovan photographer comes to grips with his country

For photographer Alexander Cozirschii, pop culture is a native language. Born and raised in the Moldovan capital of Chișinău in the 1990s and early 2000s, the 27-year-old cites MTV as among his early inspirations. “I started collecting teen magazines, music tapes, posters and got into making collages. After all these years, I’ve realised that was the origin of my vision and style of editing”, he remembers. “The aesthetics of my region and TV mass culture are all mixed in my current outlook.”