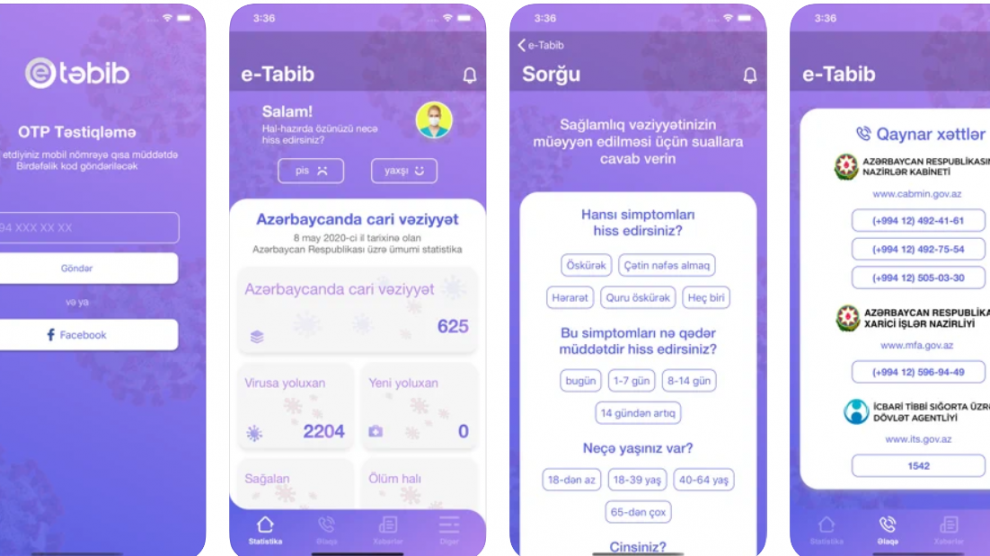 An app designed to help prevent the spread of Covid-19 is providing cause for great concern in authoritarian Azerbaijan.

Authorities in Azerbaijan have decided to implement a strict lockdown to try to deal with the second wave of the coronavirus pandemic. Like many countries in the world, Azerbaijan has seen a marked increase in the number of new cases and deaths since in October.

As part of its anti-Covid-19 efforts, the government has also launched a smartphone app to check compliance with quarantine orders of those infected. However, since the app was released in July, it has been dogged by reports that suggest it has access to sensitive personal data.

Vusala Mammadova, a presenter at Azerbaijani ITV channel, described her experience of the app as “making me feel more of a criminal than a patient” in a post on Facebook.

According to Mammadova, the same day she received a positive Covid-19 test result she also received an SMS stating: “You have Covid! If you leave home, you will carry criminal responsibility!”.

But a strongly worded text message ended up being the least of her concerns. Mammadova claims that she received phone calls from different numbers with the people on the other end of the line refusing to identify themselves. They did however ask for the numbers of her and her immediate family’s government-issued IDs.

Most distressingly, Mammadova recounts that the app, called e-Tabib (e-Doctor), actually incorrectly registered her as leaving her house, when she did not do so.

“While I was struggling with the virus in my bed, the e-Tabib application sent me a notification, ‘You have left the quarantine address. You are required to return!’,” she says. Mammadova claims never to have left her home during her illness.

Others have complained that the app and the entire underlying system have not been functioning properly.

An anonymous patient who tested positive for the virus has told OC Media, a Central Asian news site, that at the end of their 14-day quarantine period they received a call from a person who identified himself as a local police officer. The officer proceeded to ask personal questions, including a request for the patient’s ID number, so that they could register the patient in a database. When the patient asked what the purpose of the registration was, the officer declined to answer.

The patient was additionally asked questions about what car they drive, even though they do not own a vehicle. The officer claimed he had seen the patient in a car the previous day.

While experts and commentators have raised concerns over what happens with the private data, especially in an authoritarian country like Azerbaijan, government officials have denied any possibility for misuse.

Fuad Niftaliyev, programme manager of the e-Tabib project, told Radio Free Europe that data was not being transferred to third parties.

The government in Azerbaijan has extended a nationwide quarantine until January 31, while the capital Baku and several other key cities have been placed on a strict lockdown from December 14 to January 18.

As part of this lockdown, residents are only allowed to leave their homes up to three times per day for a total of three hours, and only after sending an SMS request to a special police number.

If their request is granted, residents can go out shopping or to visit a doctor. Additionally, all public-facing customer services have been stopped, meaning that shops, restaurants and cafes can only continue to offer takeaway or online services.