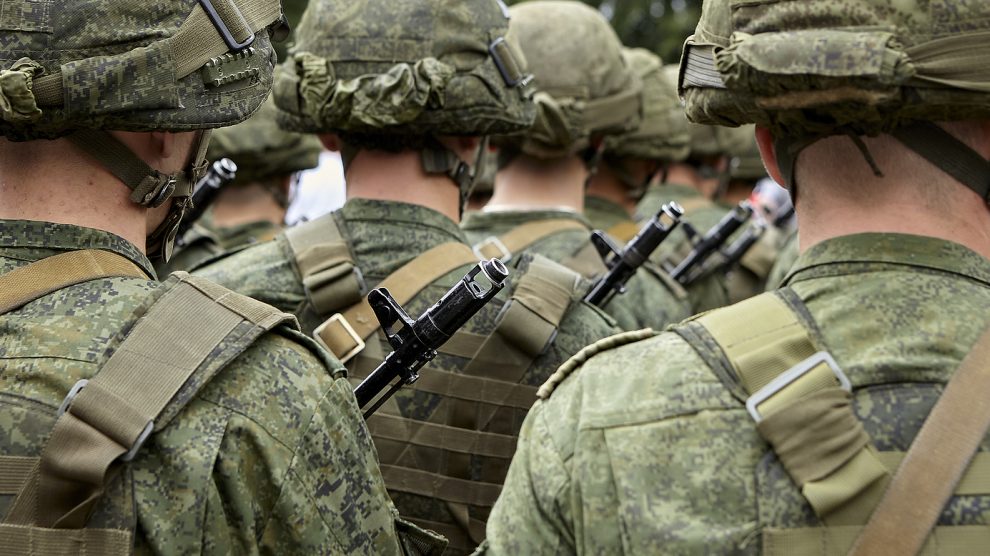 Ukrainian President Volodymyr Zelensky this week called for his forces to be “ready both at the border and in the regions” near Belarus amid fears Russia may launch a fresh assault from the north.

During a visit to Lviv on Wednesday, Zelenskiy held a meeting with his senior advisers concerning Ukraine’s border protection and the current security situation in the north-western regions of Ukraine.

Ukraine fears Russia could build up forces on the territory of its Belarusian ally before striking in the north-west or even try to drive towards Kyiv as it did when it invaded last February.

While in Lviv, Zelensky met with Poland’s president Andrzej Duda who said his government would send a company of German-made Leopard 2 tanks to Ukraine’s army “as part of the building of an international coalition”. A company implies about 14 tanks.

Britain also on Wednesday confirmed it is planning to send modern heavy tanks to Ukraine, heaping pressure on Germany and other governments to follow suit.

Ukraine says it needs 300 western tanks to be able to liberate its territory from Russian occupation. It has its own fleet of Soviet-designed tanks, including hundreds captured from Russian forces and donated T-72 models from Poland and Czechia. But spare parts and ammunition for them are limited. Western battle tanks, with their superior armour and firepower, would give Kyiv new offensive capabilities.

Russian President Vladimir Putin this week removed Russia’s top commander in Ukraine, just three months after he was installed. Chief of the General Staff Valery Gerasimov will now lead what Putin still refers to as a “special military operation”.

General Gerasimov replaces Sergei Surovikin who has overseen recent brutal attacks on Ukraine’s energy infrastructure. The reshuffle comes as Russians claim they are making progress in eastern Ukraine after suffering a series of military defeats in recent months.

The announcement came as fighting continued in the eastern town of Soledar. Initial claims by the Russian mercenary Wagner Group on Tuesday that it had taken the town were later contradicted by the Kremlin.

The fall of Soledar could help Russian troops in their assault on the strategic city of Bakhmut, about 10 kilometres to the south-west, providing them with a secure artillery position within range of the city. Soledar also has deep salt mines, which could be used to station troops and store equipment, protected from Ukrainian missiles.

Zelensky this week revoked the citizenship of four Ukrainian lawmakers suspected of treason, including three from a banned pro-Russian party, and signaled more bans were still to come.

He said late on January 10 he took the unusual move against Andriy Derkach, Taras Kozak, Renat Kuzmin, and Viktor Medvedchuk “based on materials prepared” by the Ukrainian Security Service and the State Migration Service.

At least three are outside the country and all have been the target of legal proceedings alleging treason since Russia’s unprovoked full-scale invasion began in late February.

EU countries should consider a new round of Russian diplomatic expulsions, Estonia said this week after ejecting 21 more Russians.

“In the context of Russia’s ongoing full-scale war on the soil of Europe against Ukraine, it’s worth considering also by other countries in the Western community,” Estonian foreign minister Urmas Reinsalu told EUobserver on Wednesday.

“It’s a solely individual and sovereign decision whether to do so,” he added.

But “it’s one way to protest Russian aggression and also has some practical benefits,” Reinsalu said, referring to the fact Russian diplomats in Europe were doing nothing to advance peace.

A Czech court on Monday acquitted former prime minister Andrej Babiš of alleged fraud in securing EU subsidies, improving the billionaire’s prospects in a presidential election this weekend in which he is among the favourites. The prosecution had sought a suspended jail term and a fine, accusing Babis of hiding his ownership of one firm 15 years ago to illegally tap two million euros of European Union funds to build a leisure and conference centre near the capital Prague.

A Belarus opposition politician who stood against long-time leader Alexander Lukashenko in the controversial 2020 presidential election has been detained, his team said this week. Andrei Dmitriev, 41, an activist who leads an anti-Lukashenko social movement was detained in the capital Minsk on Wednesday, according to a message posted on his Facebook page. The reason for his custody was not yet known, it added.

Hungary’s government has declared local IT firm 4iG’s purchase of a 51 per cent stake in Vodafone’s Hungarian unit a transaction of national strategic interest, exempting the deal from competition scrutiny. British telecom group Vodafone on Monday agreed to the sale of its Hungarian business to local IT company 4iG and the Hungarian state for 1.7 billion euros. Under the plan, 4iG will hold a majority 51 per cent stake while the Hungarian state will hold 49 per cent. The transaction is expected to close later this month.

Hungary’s government meanwhile has said that it will bring legal action against the European Union’s executive arm if it cannot reach an agreement on EU funding for university study-abroad programmes, a government minister said on Thursday. Speaking at a news conference in Budapest, Gergely Gulyás, chief of staff to PM Viktor Orbán, said that a recent decision by the European Commission to cut funding for the Erasmus student exchange program at many Hungarian universities was “unacceptable and unbearable”.

Armenia will not host Russia-led military exercises this year, Armenian Prime Minister Nikol Pashinyan said on Tuesday, directly contradicting an announcement from Moscow a week earlier. On January 1, the Russian Ministry of Defense announced that the Collective Security Treaty Organisation (CSTO), a Russia-led alliance, would be holding the 2023 iteration of its annual flagship exercises, Unbreakable Brotherhood, in Armenia. Pashinyan also on Tuesday launched an extraordinary criticism of the Russian military presence in Armenia, saying that it was more of a “threat” than a protection to his country.

Later in the week Russia blamed Armenia on Thursday for a breakdown in peace talks with Azerbaijan over the disputed Nagorno-Karabakh region. For the past month, Azeris claiming to be environmental activists have blocked transport along the only road linking Nagorno-Karabakh to Armenia in what Yerevan has called a government-endorsed blockade. Baku says the protesters have legitimate concerns over illegal Armenian mining, and have denied that the region is under blockade. In a statement on Thursday, Russia blamed Armenia for cancelling peace talks between the two sides and called on Yerevan to come back to the negotiating table.

Kosovo’s Prime Minister Albin Kurti said on Tuesday that Serbia should be pressured to accept a German-French proposal to normalise relations. The proposal is thought to be a way of speeding up Serbia’s EU membership process in exchange for its recognition of Kosovo. Kurti said Serbia is the one rejecting the proposal. “We saw the European Union plan supported by France, Germany, and the US as a good basis for the continuation of the negotiations. At the same time Serbia rejected the plan at the National Security Council,” Kurti told reporters after meeting mayors in Prishtina.

Bulgaria this week moved closer to yet another election – the country’s fifth in two years – after a reformist party failed to secure a majority in parliament to form a new government. It’s now up to President Rumen Radev to decide who he’ll next assign the task of forming a government after prime minister-designate Nikolay Denkov of the We Continue the Change party failed to convince a deeply fragmented parliament to approve proposed reforms and cobble together a working coalition within the allotted seven-day time span.

A court in Romania’s capital Bucharest has upheld the 30-day arrest of divisive social media personality and self-described misogynist Andrew Tate on charges of organised crime, human trafficking and rape, an official said late Tuesday. Tate was arrested, along with his brother Tristan and two Romanian women, on December 29. In a separate hearing on Wednesday, Tate lost an appeal that challenged assets seized by prosecutors, including properties and a fleet of luxury cars.