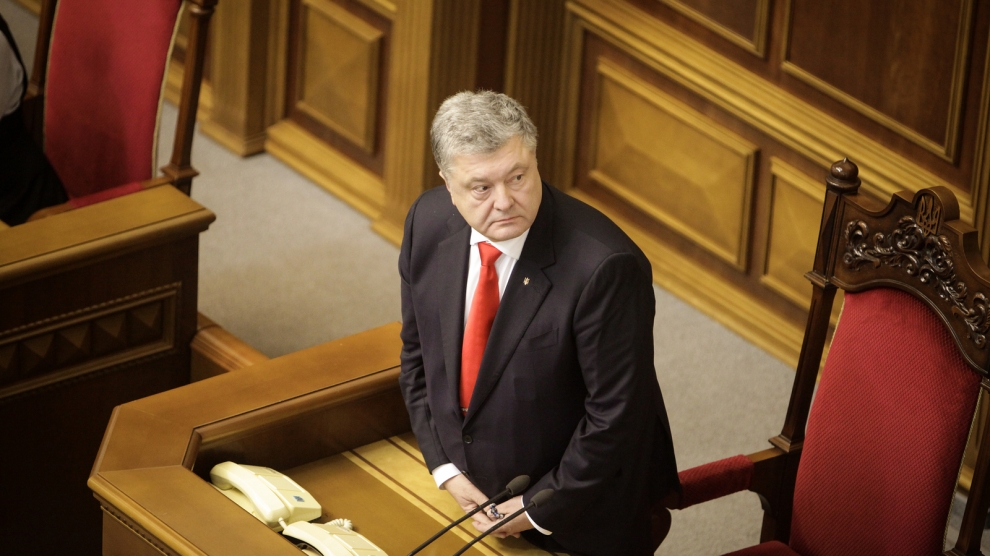 Ukrainian President Petro Poroshenko has proposed the introduction of a new anti-corruption law after the the country’s Constitutional Court annulled the president’s previous anti-graft bill, a move that raised both domestic and international concerns that the country is backtracking in the fight against corruption.

In 2015, the Ukrainian parliament passed a law criminalising illegal enrichment as a pre-condition to receive a 17.5 million-US dollar bailout from the International Monetary Fund.

Ukraine’s highest court announced the law as unconstitutional stating that it violated the “the presumption of innocence” principle by obliging suspects to prove their assets were obtained legally instead of obliging the authorities to show proof that the assets were obtained by corrupt practices.

“The decision by the constitutional court is a step backwards in Ukraine’s anti-corruption struggle and a step towards the revenge of the old system,” the National Anti-Corruption Bureau summed up in its statement.

The Ukrainian office of Transparency International estimated that more than 50 corruption cases have to be closed down due to the court ruling.

“I am commissioning a presidential bill which takes into account the remarks [of the court], but preserves the key position – the inevitability of criminal punishment for illicit enrichment,” the Ukrainian president said.

Mr Poroshenko’s move comes just weeks before Ukraine’s presidential elections. Earlier this week, Yulia Tymoshenko, one of the other major presidential candidates, as well as opposition MPs, called for the president’s impeachment.

Latvia is emerging Europe’s women’s workplace rights champion
Council of Europe: Romania must do more to protect the rights of the disabled
Comment