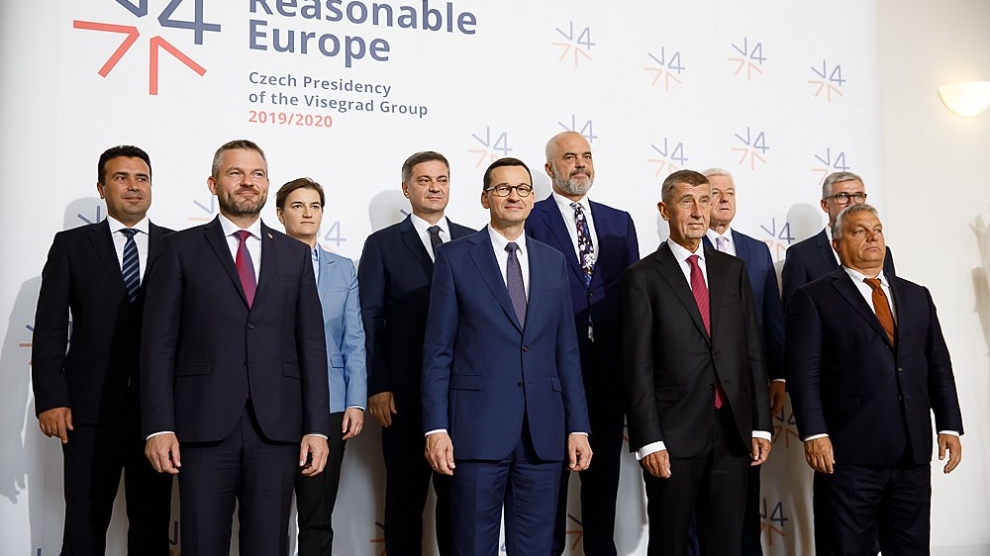 The Visegrad 4 (Slovakia, Hungary, Poland and the Czech Republic) have reaffirmed their commitment to closer cooperation with the Western Balkans and have called on the European Union to look at the region as an opportunity and strategic investment.

“Today we adopted a declaration in which lies our common position that the enlargement policy of the EU is the most important tool to promote security in the Western Balkans, which also means security in Europe,” said the Czech prime minister, Andrej Babiš, after a V4 and Western Balkans summit in Prague. “We welcome the possibility in October to reopen negotiations with Albania and North Macedonia, while we hope to accelerate negotiations with Serbia and Montenegro so that all these countries could become EU members before the end of 2027.”

A key role in the future of the Western Balkans will be played by the newly-nominated European commissioner for neighbourhood and enlargement, László Trócsányi, Hungaryʼs former justice minister.

“It is the best combination possible, as the commissioner comes from a country that is in favour of enlargement,” commented Slovak prime minister Peter Pellegrini.

“We don’t like a vacuum in politics,” said Polish prime minister Mateusz Morawiecki. “If we do not make an offer to the Western Balkans, others will, like Russia or China.”

“Migrants come from countries that are not part of the EU,” he said. “If the EU had not slept and had accepted North Macedonia and Serbia sooner, we wouldn’t have so many immigrants coming to Europe. The Western Balkans are not a burden but an opportunity for the EU.”

A major absentee from the summit was Kosovo’s prime minister, Ramush Haradinaj, who ostensibly pulled out of the meeting due to election campaign engagements. However, comments from the Czech president, Miloš Zeman, who is said to be considering the withdrawal of his country’s recognition of Kosovo, are through to have been the real reason.

Energy security was another of the main topics of discussion at the summit, not least as Ukraine’s contract with Russia for natural gas transmission expires in January, and the region will have to look at the diversification of its energy supplies.

Much of the V4’s gas currently comes from Russia via Ukraine.

“If there is again a gas crisis we need to find different sources,” said Mr Pellegrini. “That’s why we are in favour of completing the gas infrastructure between Slovakia and Hungary. On the one hand, it is important that the EU becomes the leader in the fight against climate change, but it is also important to be a role model and motivate other countries to join us or we won’t see the desired outcomes.”