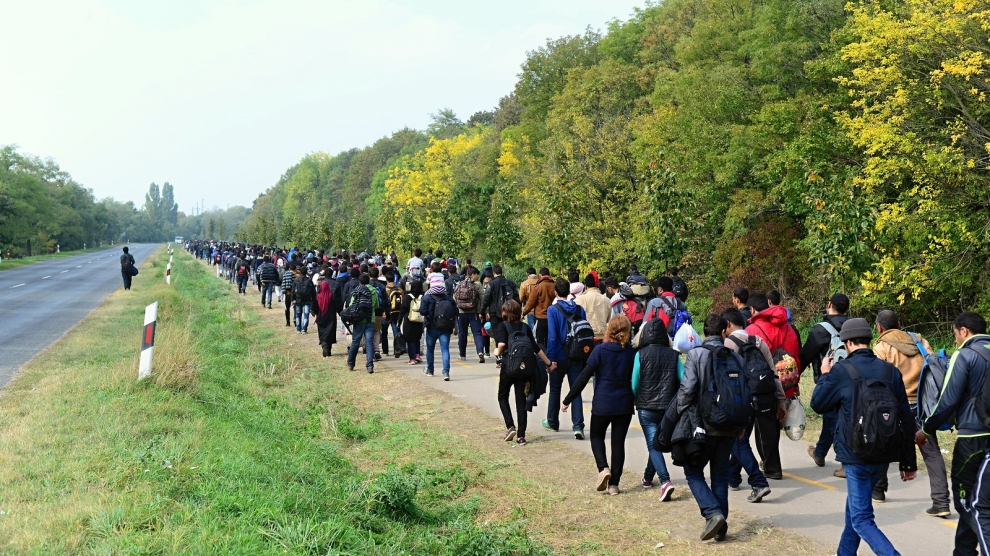 The Council of Europe’s Venice Commission has adopted an opinion which fiercely criticises a key provision on illegal migration in the so-called Stop Soros pack of legislation passed last week in the Hungarian Parliament, and calls for it to be repealed.

The new provision – Article 353A of the Hungarian Criminal Code – introduces the offence of “facilitating irregular migration.” EU directives from 2002 define and strengthen the penal framework to prevent facilitation of unauthorised entry, transit and residence. The Venice Commission acknowledges that many European countries criminalise assistance to entry, stay or transit of irregular migrants against financial gain. Such a criminal offence is not necessarily contrary to international human rights standards – and may be considered to pursue the legitimate aim of preventing disorder or crime under Article 11 (freedom of assembly) of the European Convention on Human Rights (ECHR).

But the Hungarian provision goes far beyond what is allowed under Article 11, as it unfairly criminalises organisational activities not directly related to the materialisation of illegal migration, including “preparing or distributing informational materials” or “initiating asylum requests for migrants.”

“Criminalising such activities disrupts assistance to victims by NGOs, disproportionally restricting their rights as guaranteed under Article 11, and under international law,” states the Venice Commission opinion. “Furthermore, criminalising advocacy and campaigning activities – under the new provision – constitutes illegitimate interference with freedom of expression guaranteed under Article 10 (freedom of expression and information).”

Requested by the Legal Affairs and Human Rights Committee of the Council of Europe’s Parliamentary Assembly – and based on a visit to Hungary by a Venice Commission delegation – the opinion was prepared jointly with legal experts from the OSCE/ODIHR. The request is only limited to the provisions of the Stop Soros package that affect NGOs’ activities in Europe. As a consequence, the Venice Commission’s opinion does not address other provisions that concern refugees more directly, including draft constitutional amendments. The Commission therefore stresses that its opinion should not be seen as approving these amendments.

The opinion compares Hungarian legislation with other, similar laws in European countries that criminalise the facilitation of illegal immigration. While laws in other countries include exemptions for humanitarian assistance, no such exemption exists under the Hungarian law, which would infringe international standards, the legal experts say. Persons or NGOs working under a moral imperative to support individual cases, for example, or provide aid on the Hungarian border, risk prosecution – even if they act in good faith in line with international law for supporting asylum seekers or other forms of legal migrants, including cases of human trafficking victims.

Furthermore, sanctions under the new law for the too-widely defined criminal activities are disproportionate, as they include up to one year of imprisonment. Indeed, the conviction of even one member of an NGO could lead to sanctions and even dissolution of the entire NGO, leading again to a violation of Article 11, according to the opinion.

Although the initial Stop Soros draft legislative package submitted in February this year included public consultation, the government did not provide for any meaningful consultation before the new draft package was submitted to Parliament on May 29. The Venice Commission stresses that conducting public consultation with civil society organisations prior to the adoption of legislation that directly concerns them constitutes good practice that European countries should follow in their domestic legislative process.

The Venice Commission and the OSCE/ODIHR added that they regret that the law was voted on just two days before its opinion was published.