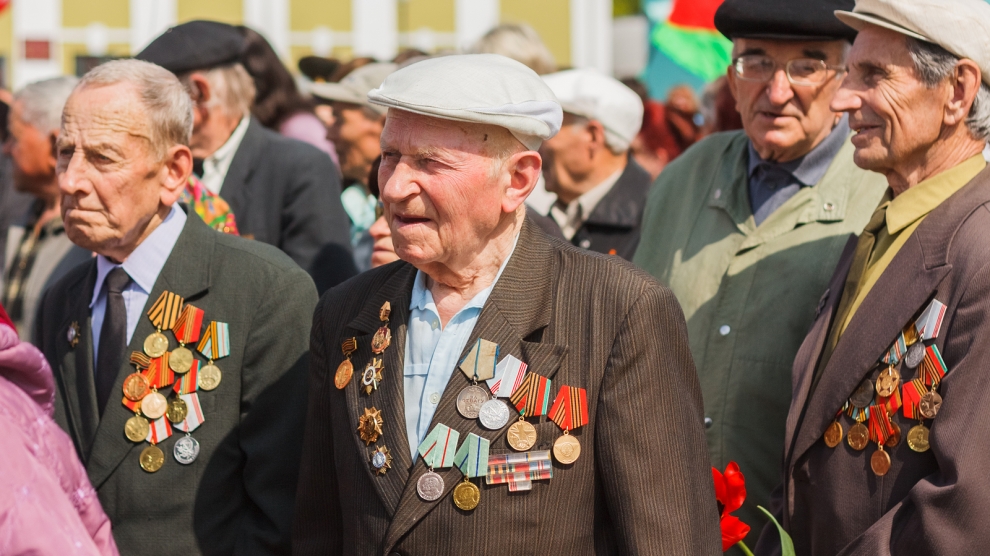 Some 300 people have participated in a march in Minsk to commemorate the 74th anniversary of the Soviet Union’s victory over Nazi Germany in World War II, Polish-based broadcaster Belsat TV has reported.

With many of them dressed in military uniforms, those taking part in the rally carried portraits of their relatives who took part in the fighting.

The march was organised by the so-called Immortal Regiment, an international movement founded to commemorate the sacrifices made by the Soviet Union during what it calls the “Great Patriotic War”. The movement is widely regarded as a soft-power tool of the Kremlin, as Russia officially supports it.

Participants at the rally wore the Ribbon of St George, which enjoys widespread popularity in Russia as way of commemorating those killed during World War II, as well as to show support for the Russian government. At the same time, the pro-Kremlin ribbon is also a symbol of Russian aggression in Ukraine, expressing support for the separatist Donbas regions.

Aside from the pro-Russian rally, more than 80 other events to mark the end of the war took place in the Belarusian capital alone, with the main parade – attended by president Aleksander Lukashenko – being held in central Victory Square.

“Future generations should know the price our people paid for freedom,” said the president.