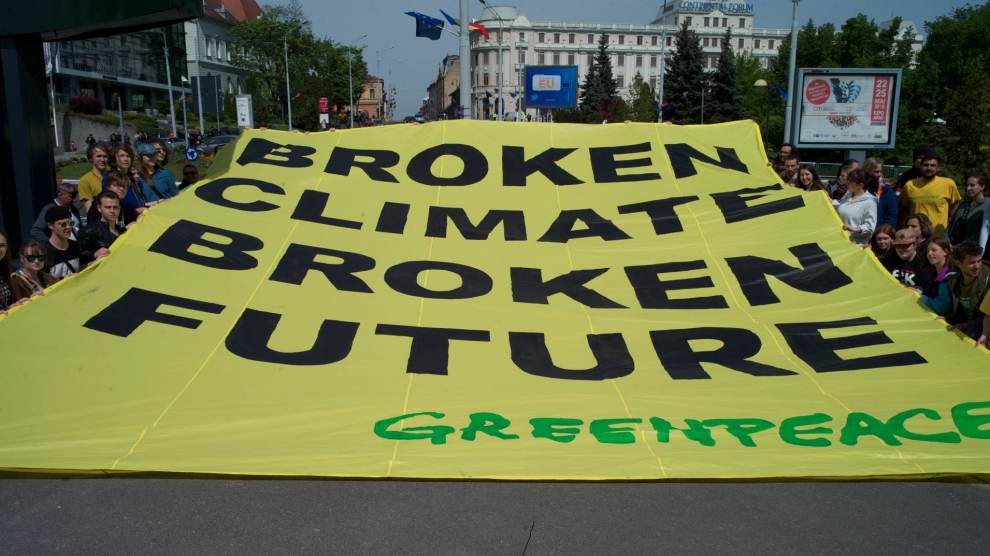 European Union leaders gathered in the Transylvanian city of Sibiu have unanimously agreed on 10 key commitments designed to create a stronger Europe.

“The European Union of today is stronger than that of yesterday and we want to continue to build its strength for tomorrow. This is our commitment for the future generations. This is the spirit of Sibiu and of a new European Union of 27 ready to embrace its future as one,” reads the declaration.

The Sibiu summit, hosted by Romania’s president, Klaus Iohannis, took place in the absence of the UK’s prime minister, Theresa May.

“Even if we have different opinions, we will find a common way forward,” said German chancellor Angela Merkel, who was warmly received by crowds gathered in Sibiu’s central square. “I think it is fitting that we are meeting here, in Sibiu, 15 years on from the European Union’s largest ever expansion.”

However, the Sibiu declaration has been fiercely criticised by environmentalists for making only passing mention of climate change.

“Today, European leaders met in Sibiu, Romania. It is striking that in their final declaration, “climate change” are the very last words. It seems that the heads of state and government still haven’t understood the urgency of the situation. Not only are they ignoring the thousands of young people who are on the streets every week demanding climate action, they are putting all of our futures at risk,” said Ska Keller, a Green MEP.

Several EU governments, including France, Spain, the Netherlands, Belgium, Denmark, Sweden, Portugal and Luxembourg believe climate action must be a cornerstone of the EU’s strategic agenda for 2019-2024, and want the EU to commit to deeper emission cuts by 2030 and net-zero greenhouse gas emissions by 2050 at the latest. Other EU countries, such as Germany, Poland, Romania, the Czech Republic and Bulgaria, oppose an urgent revision of greenhouse gas reduction targets.