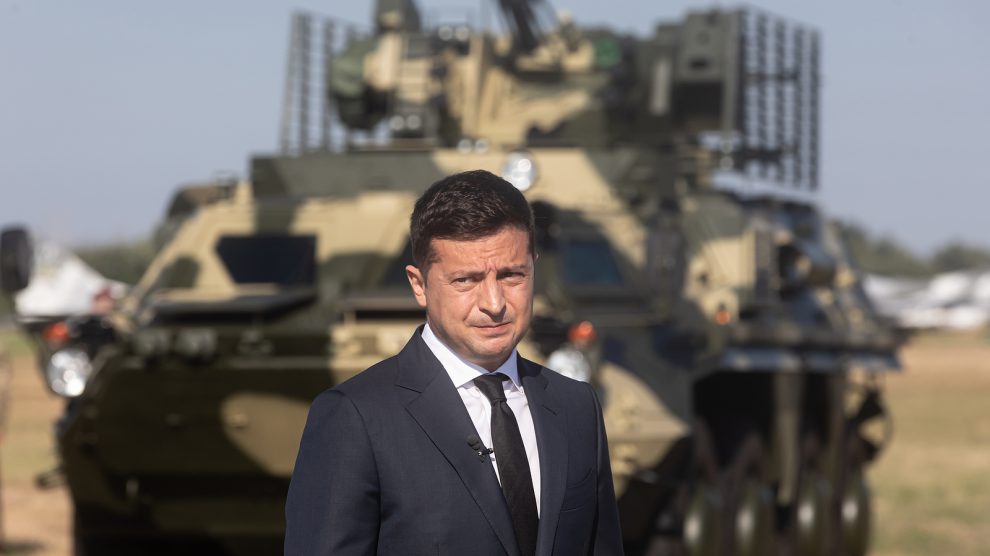 After two delays, the much anticipated Biden-Zelensky looks set to finally happen on September 1. What will they be talking about?

Ukrainian President Volodymyr Zelensky and his American counterpart Joe Biden are currently in Washington D.C. bracing themselves for crucial talks.

It is the first time Zelensky has been invited to the White House in his two years in office.

The summit comes at a crucial time. Ukraine’s relationship with the United States showed signs of strain during the presidency of Donald Trump, particularly after the former US president allegedly tried to coerce Zelensky into handing over incriminating information about the activities of Joe Biden’s son’s in Ukraine.

Ukraine has been rocked by several worrying geopolitical developments this year. A large-scale Russian military build-up on the Ukraine-Russia border in the spring again highlighted frustration in Kyiv over a lack of progress on NATO membership. Worse was to follow, when Ukrainians were exasperated by Biden’s apparent greenlighting of Russia’s Nord Stream 2 gas pipeline.

Zelensky’s Washington visit gives him a major opportunity to put Ukraine back on the West’s agenda and to defuse any tensions.

Here are the five topics that will make or break the summit.

Biden’s decision not to sanction firms involved in the construction of the Nord Stream 2 pipeline – essentially giving the project the United States’ approval – was met with widespread dismay in Ukraine. Although to many the completion of Nord Stream 2 has long been a foregone conclusion, the Ukrainian political establishment was taken by surprise and has since been scrambling to respond.

Ukraine’s fears are based around the notion that Nord Stream 2 would allow Russia to bypass Ukraine when selling natural gas to the lucrative European market – in the process depriving Ukraine of billions of US dollars in transit fees and compromising Ukraine’s national security by giving it less leverage over one of Russia’s main revenue sources.

As such, Wednesday’s meeting can go a long way in assuaging Ukraine’s fears. Biden and outgoing German Chancellor Angela Merkel have already worked out a “deal” which, while allowing the pipeline to be completion, carries a provision that allows new sanctions to be imposed on Russia if it “weaponises” the pipeline against Ukraine.

While this is far from enough to satisfy Ukrainian lawmakers, who were banking on sanctions killing the Nord Stream 2 project before its completion, the summit between Zelensky and Biden could provide Ukraine clarity on the future.

This year saw a major build-up of armed forces on the Russia-Ukraine border, leading to widespread fears of another war between the two countries. Although Russia eventually de-escalated, the episode served as a reminder of the ever-present threat that Ukraine faces from its neighbour.

As such, cooperation on security affairs is set to take a major role on the agenda at the Biden-Zelensky summit. The United States’ commitment to Ukraine’s defence was called into question during this year’s Russian military build-up, when two American destroyers cancelled their deployment to Ukraine’s Black Sea coast, an act which some Ukrainian commentators viewed as a capitulation.

However, the incoming aid package is still lower than that which was initially planned, 250 million US dollars. The Department of Defence claimed this reduction was made because of a lack of progress in reforming Ukraine’s military. It will be important for Zelensky to make sure he leaves Washington knowing exactly what steps need to be taken in order to receive more substantial military assistance from the US.

Heavily intertwined with Ukraine’s security prospects is its years-long bid for NATO membership. This would be the final piece in the puzzle protecting the country from any further Russian aggression.

However, the complete lack of progress in the past seven years has led to frustration within Ukraine, which perceives itself Europe’s first line of defence against Russia.

Reflecting this frustration, in a January television interview Zelensky asked why Ukraine was still not in NATO, despite undertaking substantial reforms to its armed forces designed at making it interoperable with NATO forces.

Although last year, Ukraine was included in NATO’s six-country list of “Enhanced Opportunities Partners”, this is not nearly enough to secure its sovereignty. Following April’s escalation on the Russian border, Ukraine doubled down, unsuccessfully, on its efforts to secure a NATO Membership Action Plan, a major step towards full membership.

With these efforts frustrated, Zelensky will be seeking reassurances from Biden about Ukraine’s prospects of joining NATO. As a first step, Zelensky could raise the possibility of Ukraine being granted the status of “major non-NATO ally”, which would allow for an even greater degree of security cooperation.

However, following the debacle in Afghanistan, where Biden completely abandoned the West’s Afghan allies (even accusing them of cowardice), Ukraine may feel even this would not be enough – that only full NATO membership can secure Ukraine’s future.

At the very least, Zelensky can demonstrate Ukraine’s persistence and willingness to be a reliable security partner for the Euro-Atlanticist axis.

The status of Crimea and Donbas

Ukraine’s conflict in Donbas has been “frozen” for more than six years now, with neither side conducting any substantial military operations or demonstrating any willingness to do so. Around 14,000 people have already lost their lives and with every passing year, re-integration becomes increasingly difficult as the separatist authorities and their Russian backers entrench themselves deeper into the region.

As such, it is vitally important for Ukraine to resolve the issue once and for all. One of Zelensky’s major presidential campaign promises was a peaceful resolution to the conflict and re-unification. However, despite attending peace talks and meeting with Vladimir Putin early on in his presidency, the prospects of peace appear to be as distant as ever.

Wednesday’s meeting see Zelensky ask for greater United States involvement in the peaceful resolution of the Donbas conflict. However, it is unlikely the US will involve itself in the already-existing (and poorly-functioning) mechanisms like the Normandy Four and the Trilateral Contact Group due to Russian objections.

This doesn’t preclude the US from taking a more active role on the issue of Crimea. United States Secretary of Energy Jennifer Granholm attended this month’s Crimea Platform summit, opening the door to greater US involvement in the peaceful resolution of Russia’s annexation of Crimea.

Ukraine’s persistent efforts to integrate itself into NATO and the European Union have regularly fallen short due to concerns about rampant corruption across the country. Without substantial reform and a crack down on corruption in Ukrainian politics, the Kyiv political establishment’s dreams of joining the Western European/North American axis will always fall short.

Corruption is seen as both undermining Ukraine’s democratic institutions and giving Russia an “in” into Ukrainian politics through its intermediaries.

As such, Zelensky – who made the fight against corruption a key campaign promise – is under pressure to demonstrate tangible, compelling results underscoring Ukraine’s commitment to eradicating graft.

Doing so would go a long way to securing further assistance from Ukraine’s western allies and supporting a potential bid for NATO or EU membership. However, many may see the irony in appealing to Joe Biden for this, when Biden’s son Hunter is viewed by many as the walking image of elite corruption, nepotism, decadence and impunity.

Zelensky will at least be able to point to a few accomplishments to demonstrate his anti-corruption credentials.

In early June, an “anti-oligarch” bill was passed this year parliament imposed “sanctions” on several high-profile businesspeople. The highest profile casualty so far has been oligarch Viktor Medvedchuk, an opposition MP considered a close confidant of Vladimir Putin, who has had many of his assets frozen by the government.

Although many believe that Zelensky’s moves against corruption are token actions, at the very least they show that things are moving in the right direction. Demonstrating a willingness to tackle the problem further will be crucial.

Will Montenegro have to drop the euro to join the EU?
Vital for economic development, Nakhchivan transport link brings more discord
Comment