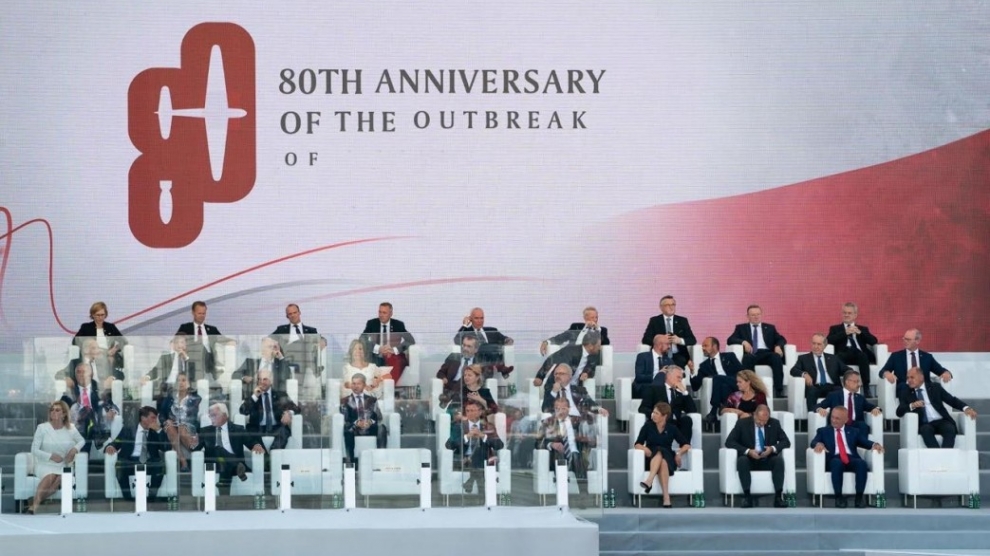 Forty national delegations from the countries of the EU, NATO and the Eastern Partnership have taken part in memorial events across Poland to commemorate the 80th anniversary of the outbreak of the World War II.

“America never forgot about the free and independent Polish nation and will never do,” said the US vice president, Mike Pence, during his commemorative speech, adding that the United States will also continue to support the territorial integrity of Ukraine.

“I bow before the Polish victims of German tyranny. And I ask for your forgiveness,” said the German president Frank-Walter Steinmeier in Wieluń, the Polish town where the first German bombings started, noting that he considers the war “a German crime.”

“It was the Polish Hurricane pilots of 303rd squadron who shot down more enemy aircraft during the Battle of Britain than any other squadron in the Royal Air Force,” said British prime minister Boris Johnson in a Twitter message, adding that Britain will always remember the Polish contribution to the fight for freedom.

According to the Polish press, Poland’s president, Andrzej Duda, stressed that the world had not learnt the lessons of WWII, referring to “Russian expansionism” in the post-Soviet sphere. “Closing your eyes to the problem is not a solution to keep the peace, it is a simple way of giving approval for more attacks. And that is happening: 2008 in Georgia, 2014 in Ukraine, military provocations,” said Mr Duda.

The commemoration, which took place without Russia’s president, Vladimir Putin, who was not invited, were blasted by Russian foreign ministry spokesperson Maria Zakharova ,who claimed that Poland had placed itself in “a stupid situation”, referring to the Polish refusal to invite Mr Putin.