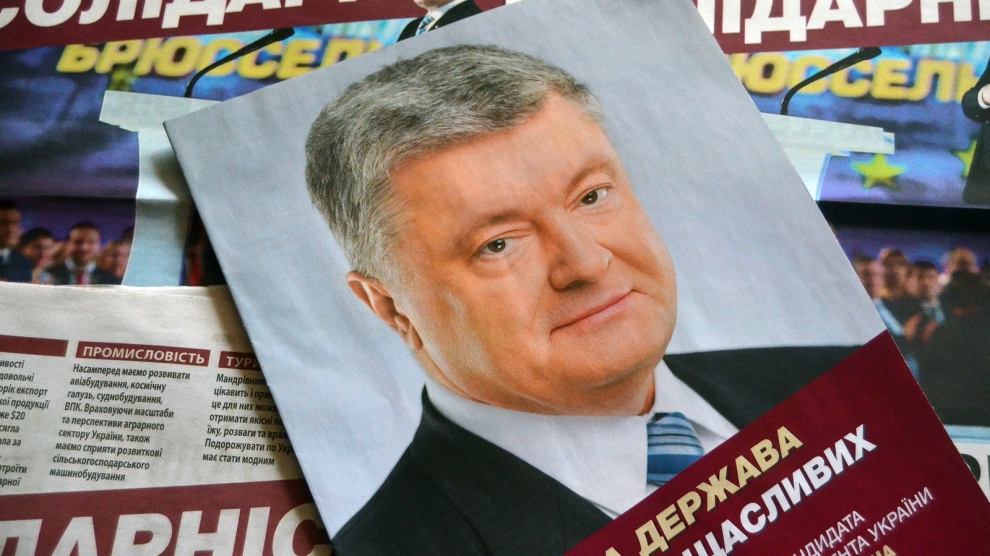 Comedian and presidential front runner Volodymyr Zelensky and incumbent president Petro Poroshenko would make the second round of the Ukrainian presidential elections if they were held this Sunday.

According to a poll conducted by the Socis Center for Social and Marketing Research between March 5 and March 10, Mr Zelensky would receive 20.7 per cent of the votes among those willing to go to the polls on election day. Mr Poroshenko is ranked second with 13.2 per cent while Yulia Tymoshenko, the country’s former prime minister comes in third with 11 per cent. Support for all other candidates is below 10 per cent.

Of those who will say they will definitely go to the polls as they have already decided on their choice, Mr Zelensky would receive 27.7 per cent, Mr Poroshenko comes in second with 19.6 per cent, with Ms Tymoshenko ranked third with 14.8 per cent.

Another survey, however, conducted by the Rating Sociological Group in early March, suggests the incumbent president slightly lags behind the former prime minister. Among those who have already decided whom to vote for, Mr Zelensky has the support of 24.7 per cent, Ms Tymoshenko would receive 18.3 per cent and Mr Poroshenko comes in third at 16.8 per cent.

The latter survey notes that almost 25 per cent of likely voters have not decided yet on whom to support during the first round of the election, which takes place on March 31.