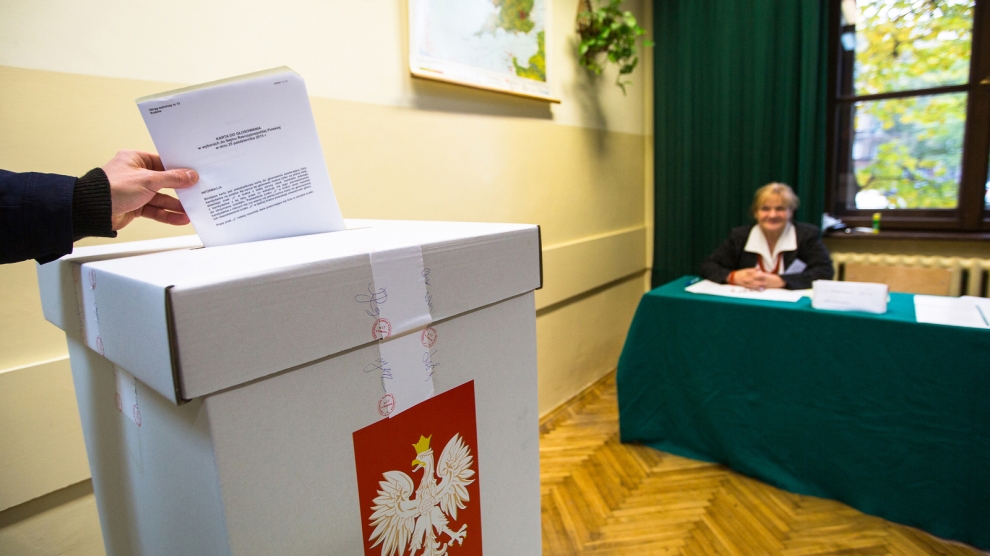 A new opinion poll suggests that Poland’s newly-formed European Coalition (KE) is on course to defeat the ruling conservative Law and Justice (PiS) in May’s elections to the European parliament.

The poll, carried out by Kantar Millward Brown for Gazeta Wyborcza shows PiS losing support in large cities and amongst the younger members of Poland’s electorate.

The KE was formed in February between five Polish opposition parties: Civic Platform (PO); the Polish Peasants’ Party (PSL); the liberal Nowoczesna party; the Social Democrats (SLD); and the Greens. It came as a response to the ruling party’s increasingly eurosceptic rhetoric.

“We will make it impossible for anyone to take Poland out of the European Union. We are forming the European Coalition to defend Poland against anti-European forces, against those who are weakening and destroying the Polish position at the heart of the European Union,” Civic Platform leader Grzegorz Schetyna told journalists in February.

According to the latest poll KE would take home 35 per cent of the votes, two per cent more than PiS. Two other parties are on course to pass the five per cent threshold needed to get a seat in the European parliament: Robert Biedron’s Wiosna (Spring), on 11 per cent, and Kukiz’15 with seven per cent.

If these were the results of the May election, KE would win 22 seats, PiS 20 seats, Spring six seats, and Kukiz’15 four seats.

However, another poll, conducted by IBRiS for Polish daily Rzeczpospolita, projects a slightly different outcome.

PiS would win 40 per cent of the votes, followed by KE with 38 per cent.

Much will depend on turnout, which at the last European elections in 2014 was just 23 per cent.