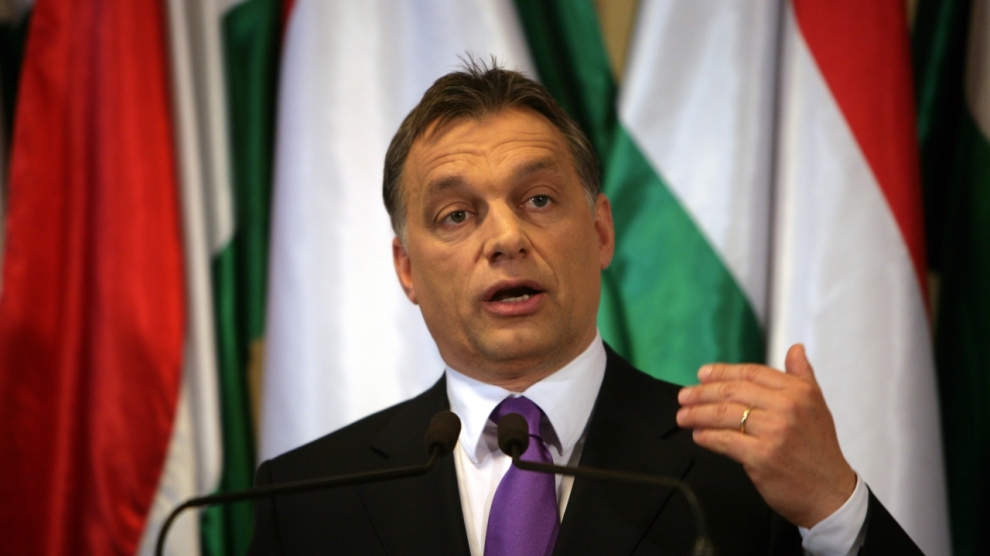 In 2010, when Viktor Orban took over Hungary’s government, he seemed like a typical mainstream-conservative European politician. But as soon as he announced his ‘voting booth revolution,’ we, who knew him, were aware that this would be the start of a new era in Hungary. Within a year, Orban’s one-party government rammed a new basic law through Parliament that tailored the constitution for his party’s interests. Indeed, his changes proved to be revolutionary. He established the first 21st-century populist state within the European Union.

Today, ten months before Hungary’s next parliamentary election, the multiparty opposition to Viktor Orban’s Fidesz party faces huge challenges. After the new election laws enabled Fidesz to keep its supermajority in 2014, Orban’s one-party power-building machine is even stronger now, and his state is openly repressive. The prime minister will do anything and everything to maintain his power. However, Hungarians have a deep feeling of ‘Orban fatigue’. While ruling Fidesz is still the most popular party, many believe that Orban’s dominion is bad for the country — but they see no viable alternative.

However, the opposition has learned a lot in four years. We understand what drove Orban’s success: the pervasive cynicism of the post-communist transition, which divided society into winners and losers; the general anxiety produced by the global financial crisis and Orban’s personal ruthlessness all enabled him to build exceptional power. In order to counter this openly Euro-sceptic, authoritarian and anti-pluralist force, the Hungarian opposition must mobilise the tired, fearful and apathetic voters.

First of all, Hungary is no longer an open and liberal-democratic country. Since 2010, the liberal-democratic system has been severely distorted as Fidesz concentrated huge power in the ruling party. The existing institutions of checks and balances are all led by people with personal loyalty to the prime minister. Fidesz has centralised public media, municipalities and the entire public-service sector. It has changed party finances and election laws, and even controls much of the commercial media and the advertising market. The only remaining watchdogs in Hungarian society — independent media and NGOs — are systematically threatened. The government regularly organises hate-mongering campaigns, such as the referendum against migrants or the campaign against philanthropist George Soros. Fair elections are unimaginable in 2018.

Secondly, since 1990, Hungary has been a multiparty democracy with four to six parties represented in the parliament. The trap for today’s opposition is that Fidesz’s new election law forces challenger parties to create some kind of cooperation without being able to measure their political strength by popular vote. The impossibility of this situation was proven in the 2014 parliamentary election, when the liberal-green-socialist coalition not only lost to Fidesz — Orban’s party repeatedly secured a supermajority — but had its power diluted among seven opposition parties that gained seats in parliament. To change the status quo, we need more than reluctant cooperation among the opposition parties.

One of the opposition’s main challenges is to determine the actual problems that Hungarian citizens face, and which political parties need to respond to amid the changing European-Hungarian reality. It is far from obvious that the consequences of living in an illiberal state are perceived as the main problem. Unlike during communist times, nobody is being imprisoned for resisting authoritarian rule today. Since we belong to the European Union, few Hungarians believe that we live under a dictatorship. The real price that Hungary will pay for its illiberal leadership will only come later.

Hungary’s opposition parties also struggle to identify the main problems. Leftist parties believe that the most dramatic problem produced by Orban’s regime is the radical change in the redistribution system, which benefits only the upper-middle class while further impoverishing an outsized number of families. For them, inequality seems to be the key mobilising issue.

Other parties assume that globalisation is the main cause of our problems – a sentiment harnessed by the nationalist-opportunist government at the people’s expense. Still others believe that the most dangerous outcome of Orban’s authoritarianism is how it pushes Hungary back to Europe’s periphery. The only area of agreement is opposition to omnipresent corruption — but is that really an energising issue?

The opposition’s competing narratives embody a bitter competition for survival. While it is obvious that Orban’s party is everyone’s key opponent, a vicious rivalry consumes the opposition parties. In order to reach any kind of agreement, democratic parties must establish a power ranking. However, even if successful agreements are achieved among the liberal, green, and leftist parties, they must then address the formidable challenge of Hungary’s extreme-right Jobbik party.

Making the picture even more complex, the brand-new Order and Justice party recently emerged to the far right of Jobbik. Fidesz successfully positioned itself in the centre of Hungary’s political arena long ago, and it has a strong interest in staying there. Just as four years ago, we face the multiplication of political parties in the upcoming elections, encouraged by Fidesz’s new election law. A large-scale opposition coalition is almost impossible, so there is no reason to expect it to happen.

Still, negotiations will soon begin among eight opposition parties. In the absence of a respected and charismatic leader, the final cooperation will be based on ideologies, political culture, party size, and negotiation skills. Hungary’s election system – where people vote for a party candidate and a party list separately — offers some room for cooperation. Opposition parties will come to some sort of agreement. The parties are much more experienced than they were four years ago. They have learned a lot from their mistakes, and they now know the rules of “Orbanistan”.

However, the success of Hungary’s opposition will depend on whether they actually believe in victory, and whether they can clearly represent their beliefs to the people.

We, in the opposition, agree on one other thing — the high stakes for Hungary are clear. We know that 2018 will decide whether Hungary will once again anchor itself to the European mainstream and follow a new development path, or if the country will lose many years of liberty and progress, dropping behind while the rest of Europe moves ahead.

Zsuzsanna Szelényi is a liberal Member of Parliament in Hungary. She covers foreign and security policy, migration, constitutional affairs and gender issues. She started her career as one of the founding members of Fidesz, a youth party at the régime change in Hungary in 1988. She became a Member of Parliament of the first freely elected Parliament. She left politics in 1994 and had a professional career at the Council of Europe. In 2013 she returned to the Hungarian politics for the call of former Prime Minister Gordon Bajnai, who formed a new party, Together.

How strong is V4?
Czech Own Currency Insures Against Euro Losses
Comment