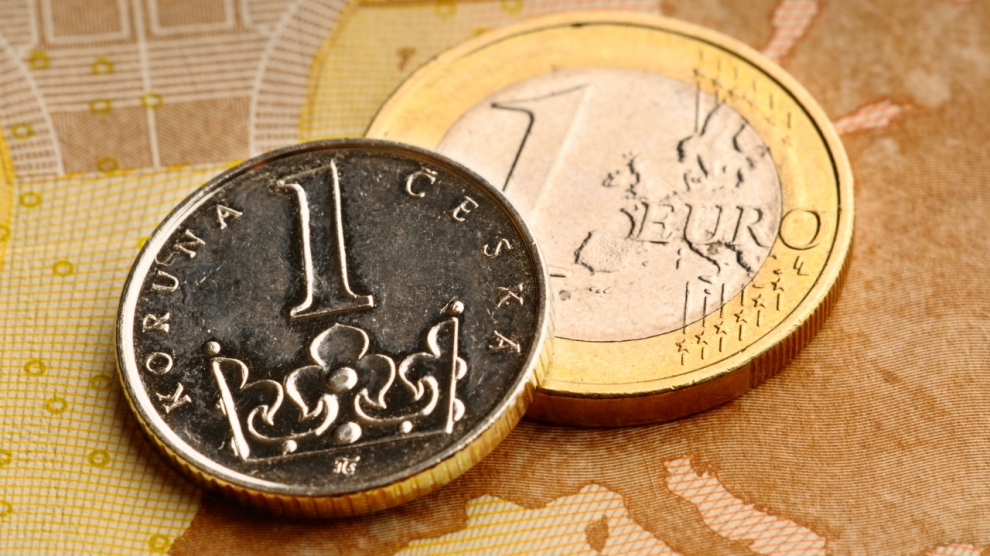 According to a recent (May 2017) public opinion poll, 72 per cent of Czech people favour keeping their national currency whereas only 21 per cent would welcome a switchover to the Euro.

Popular opinion appears consistent with the preferences of the Czech economic policy-makers, unambiguously revealed in December 2015, when the Czech National Bank and the Finance Ministry issued a joint recommendation not to set a target date for adopting the Euro yet, thus not attempting to enter the Exchange Rate Mechanism (ERM II) in 2016. The recommendation referred to a longer document which, surprisingly, made it clear that the Czech Republic was actually compliant with all the Maastricht criteria (except participation in the ERM II).

Formally, the Czech Republic could already have applied for participation in ERM II, in 2015 (if not much earlier). Undoubtedly that application would have been accepted without reservation, if not enthusiastically (in contrast to the earlier applications of some Baltic states which had been accepted rather reluctantly).

Nothing much has changed since then. The most recent official assessments of the Czech Republic’s fulfilment of the Maastricht convergence criteria repeat the earlier statements, as concerns the Republic’s perfect compliance with the formal requirements — and, similarly as before, see some barriers to the Euro adoption. One such barrier is that the economic convergence of the Czech Republic is unfinished. The Czech price level is still much lower than the Euro area average — and so is the Czech productivity level. The second barrier is the continuing economic disarray in the Eurozone. This is expressed rather diplomatically: the situation in the Eurozone cannot be assessed as sufficiently stabilised.

Is the Czech decision-makers’ revealed preference for retaining an own currency — despite the formal satisfaction of the necessary prerequisites for ERM II participation — to be viewed as an expression of their populism, and one that is keeping up with the prevailing public opinion? That is a possibility. However, in my opinion there are very good economic reasons why the Euro adoption should not be considered seriously anytime soon.

Firstly, the risk of further turbulence shaking the Eurozone remains substantial. The inherent flaws of the Euro project have not been addressed so far – and are unlikely to be seriously addressed in the foreseeable future. In effect the Eurozone will continue to be exposed to the perverse effects of the one-size-fits-all principle that underlies the ECB monetary policy; and will suffer under the unreasonable emphasis on fiscal restrictiveness with the competitiveness-driven national wage policies that are threatening to tear the Eurozone apart. Given the prospect of a more or less violent dissolution of the Eurozone (and the death of the common currency) it is advisable to keep away from it. Even if the horror scenario does not materialise soon, participation in the flawed Eurozone is unlikely to guarantee longer-term economic advantages to any of its members — including even Germany.

Thirdly, retaining an own currency that can be floated or devalued, if necessary, is obviously not without its costs. But these costs pale in comparison to the costs inherent in having a currency whose value is rigidly fixed against the currencies of a country’s trading partners.

The Czech Republic (as well as Poland and Hungary) benefited hugely from the steep exchange rate devaluation at the time of global economic crisis. From July 2008 to February 2009, the CZK lost over ten per cent versus the Euro. That was an important factor that helped to limit the output losses. An own currency is a kind of insurance policy for rainy days, the Czech economic elite may be congratulated for understanding that fact very well.

Leon Podkaminer is Senior Economist (Emeritus) at the Vienna Institute for International Economic Studies (wiiw). He is focused on economic policy, exchange rates, integration & disintegration, the euro, globalisation. From 2006 through 2009 he was a member of the Panel of the Monetary Experts to the European Parliament.

2018 Elections — Vital Decisions for Hungary’s Future
Can Armenia Keep a Foot in Both Camps?
Comment