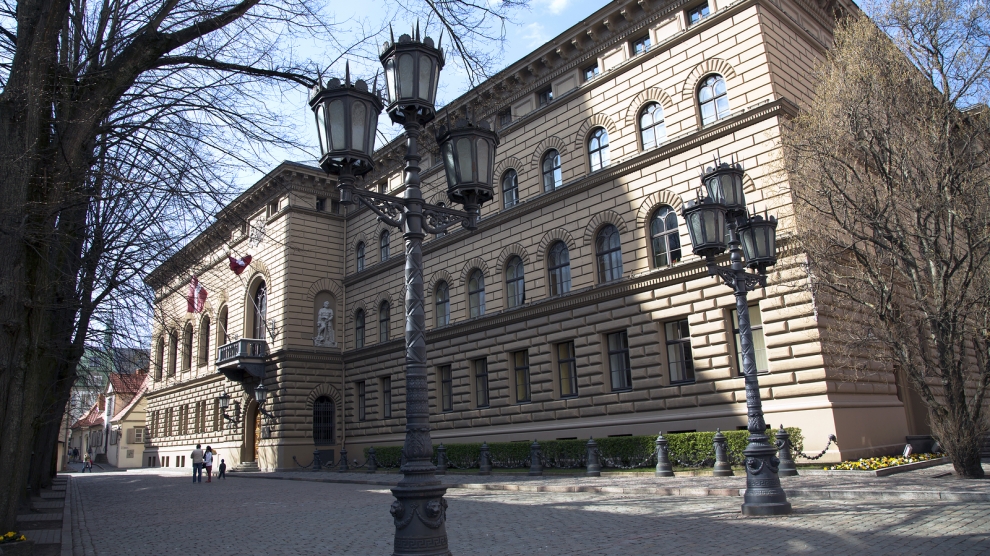 My first 100 days in the Latvian Parliament have passed. This is usually the moment when the public first measures what politicians have done and achieved. In retrospect, I can say that this stage has been a close combat between old and new politics.

The political party I represent in the parliament is as new and inexperienced as I am. Usually, when one is inexperienced, we tend to think that it’s a disadvantage. There is, of course, a tendency for older parties to use their years of knowledge and experience to obstruct any initiative from new parties and MPs, especially when it comes to changing the routine, making processes open and transparent. This time I feel that not knowing all the quirks and tricks of old politics is an advantage.

For example, officials usually prepare plans, reports, statistics and present them in excel tables. Everyone takes them into account and looks forward to the next report. And without a doubt, data and reports are very important, but we tend to lose connection with reality. In Latvia there is even a common understanding that we have the best writers for strategic and developmental plans. It takes only the question: Why? to knock one off the rails. Old politics are characterised by beautiful theses, long and broad plans and visions of the future – things that are discussed in the form of the future. All this is necessary, but the danger is that the public is tired of fairytales. It looks forward to the real work here and now.

I know that this does not characterise only Latvian politics. We can observe the wave of populism which has swept across European and other countries. And mostly it grows from frustrated people who are tired of waiting. Knowing this, I see now more than ever that elected Latvian politicians have a heavy, but responsible burden on their shoulders – restoring and maintaining public confidence in democracy.

In these first 100 days I have understood and re-verified that in order to reach society, there are two important factors – attention to detail and communication.

There is a saying: “the devil is in the details” – yes, if you fall into it and forget about the ultimate goal. One of the lessons I have learned is that it is impossible to solve and communicate qualitatively multiple problems at the same time. There is a risk of slipping into details. As I see it, a politician is a visionary who has to see and work on one or two high and achievable goals. And only when those goals are achieved, one can focus on the next. Sounds simple? It isn’t.

Once you have entered a whole new environment where you have real power, suddenly there is a feeling that takes over, you can patch up all absurdities. And you start to be dragged on all sides, you sink into the whirlwind of events and, as I mentioned above, you forget about the ultimate goal. In the parliament I work in the Commission for Public Administration and Local Government. When I came to work in this commission, I knew there were several valuable bills that had been “forgotten in the drawer” for years. My goal is to take them out one by one.

One of the first laws I have updated and am working to get passed as soon as possible is the County Referendum Law. A law that would give the residents of Latvia’s counties another tool – a way to express their position. Often politicians point out that elections are a way for the public to appreciate the work of politicians. If you have worked well, you are elected. If not, you are not elected. But we all know that is simply not true. People tend to forget the wrongdoings of politicians, and some no longer take the opportunity to evaluate the work of politicians by simply not going to vote.

I believe that there must be other ways in which the public can keep their fingers on the pulse. A referendum law would allow county residents to decide on county development plans, whether any of the municipal construction plans should be supported, and whether the elected council has lived up to its expectations. Namely, if the council works against the interests of citizens – there is no need to wait for the next elections, it could be dismissed. I think that by implementing the referendum law in the counties, we will strengthen the public’s confidence in democracy.

Concluding with the second important factor – communication – I believe that we should explain all decisions as precisely as we can. A politician must be able to answer not 100 questions, but one question 100 times.

Uldis Budriķis is a Latvian MP.

Russia’s paradoxical role in curbing climate change
Albania and the EU: All hopes with Croatia and Germany
Comment