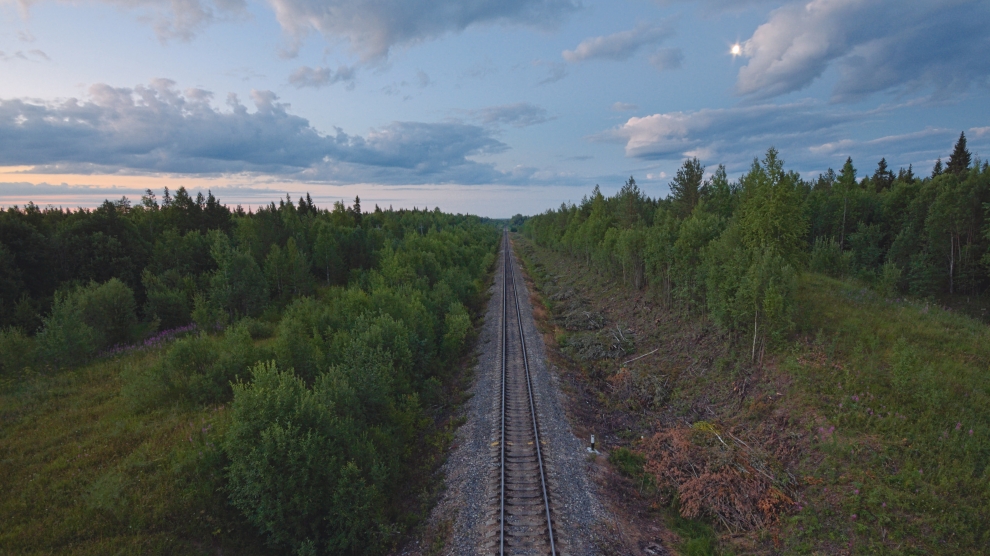 ‘Climate strike’ is the Collins Dictionary’s 2019 word of the year, reflecting how climate demonstrations have drawn millions of participants worldwide. While these have been relatively small in Russia, there are signs that the country may now be paying closer attention to climate risks. Russia is the world’s fourth-largest emitter of greenhouse gases, and its carbon-based wealth is facing increased risk as the world moves towards a low-carbon future. Russia will need to rethink how it will address both its exposure to climate risk and increase its contribution to curbing climate change.

But what exactly is ‘wealth’? In a recent World Bank report titled How Wealthy is Russia, we looked at  how Russia’s wealth has changed over time. Wealth, in our framework, is the sum of human capital, produced capital, natural capital, and net foreign assets.

While human capital comprises the largest share of the country’s wealth, at 46 per cent, this is still well below the OECD average of 70 per cent. Clearly, OECD countries have done more to convert other forms of wealth to more productive human capital.

There is no question that Russia has abundant oil and gas resources. This is reflected in its 15 per cent share of natural capital, which is well above the average for upper-middle and high-income countries, other than the Gulf countries. But when it comes to renewable natural assets, the role of Russia’s forests also stands out. Russia is home to 20 per cent of the world’s forest resources. The carbon absorption of its European forests is comparable to Finland, that of its Siberian forests to Canada, and that of its forests in the North Caucasus to those in the United States.

As a rough approximation, we estimate that Russia’s forests (excluding reserve forests) provide a carbon absorption value worth over half a trillion US dollars over their lifetime. There is an important caveat: this sequestration value of Russia’s forests is the net present value of the global public good while the economic return to Russia is only a fraction of it unless the rest of the world is willing to pay for carbon sequestration services. This further underscores the need for a functioning global forest carbon market.

Given Russia’s extraordinary forest resources, a pressing priority for the country is reduction of forest fires. This year witnessed one of the worst Siberian fires on record, and between 2015-18, fires on both forest and non-forest lands in Russia more than doubled. Greenpeace estimates that the country’s average annual loss of forests due to fires is equivalent to a territory the size of Germany. There are some promising developments: as part of the six-year, 400 billion-US dollar fiscal stimulus that the government has embarked on, a national priority project called ‘Ecology’ could increase the value of timber and forest ecosystem services for people and the economy. If successfully implemented, this would enhance Russia’s role as an ecological donor to the planet.

Paradoxically, while Russia’s forests make an important contribution in curbing climate change, the country remains the fourth largest CO2 emitter, as its economy continues to depend on fossil fuel assets. In 2018, fossil fuels accounted for 65 per cent of total exports, up from 59 per cent in 2017. And the structure of the country’s produced capital is skewed towards the industries and skills related to fossil fuels, such as mining, refining and emissions-intensive heavy industry. This increases Russia’s exposure to policies of its trade partners that restrict market access to products with a high environmental footprint.

What can Russia do?

In the short term, the heavy and polluting industries that currently generate the bulk of Russia’s revenue could lower their environmental footprint by adopting modern environmental management systems. The payoffs are likely to be swift. For example, Russian aluminum already enjoys a low-carbon footprint by relying on hydropower, and this may give it a price and market access premium in a low-carbon future.

In the medium to long term, and with the necessary political and social backing, it would be important for Russia to increase fuel excise taxes and differentiate tax rates by the social and environmental cost of fuel use. This could include, among other things, eliminating non-transparent subsidies to producers and consumers. For example, an earlier World Bank study found that as of 2013, Russia was wasting more energy than France consumed. Exploring carbon taxes or other forms of carbon pricing and harmonising these within broader trade and technology agreements with prospective trading partners, would also help diversify and modernise Russia’s economy, while preventing environmentally-motivated trade measures or consumers’ actions.

Russia can also engage more proactively in global climate policies. Its recent adoption of the Paris Agreement is a step in this direction. Some note that Russia’s adoption is no big deal: after all, emissions today are about 30 per cent below their 1990 peak, so adopting the agreement is essentially non-binding for Russia. Nonetheless, this is a welcome step to regain trust and enhance international cooperation on the relatively neutral ground of environmentally sustainable technologies.

With 2020 fast approaching, don’t be surprised if the environment once again makes it to the ‘word of the year’ shortlist.

Apurva Sanghi is lead economist for Russia at the World Bank.

The other side of the microphone
‘A politician must be able to answer not 100 questions, but one question 100 times’
Comment