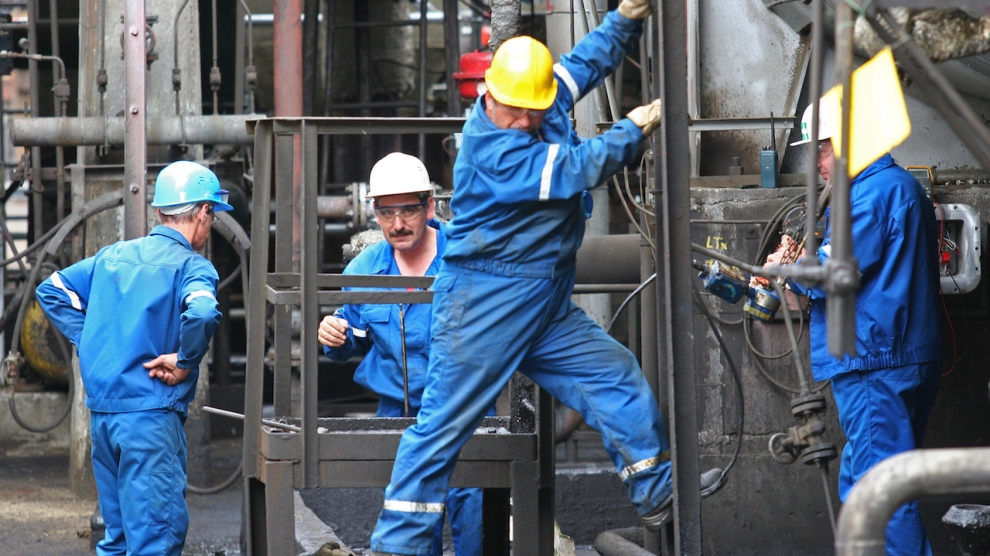 In November 2016, the Romanian Ministry of Economy posted a preliminary draft of the energy sector 2016-2030 for public consultation, with a year 2050 perspective. It tackles all energy resources such as crude oil, natural gas, coal, biomass and energetic waste, and includes special sections for electricity.  This is, therefore, the occasion for a review of the Romanian power sector and its evolution over the past 25 years.

It is important to note that the country’s energy system was designed in the 1950s, on a national scale. Back then, it reflected the natural endowment of the country which was disposed of virtually unlimited resources of low quality coal (lignite and low caloric hard coal), limited reserves of natural gas and crude oil supplies and good water resources, on the one hand, and an ever-increasing consumption of electricity, on the other hand.

For the last few decades, the country’s power system has been engaged in a race against time to meet the huge demand coming from a developing economy and a population in the process of urbanisation.

Large power plants, based on lignite and hard coal, were built during the 1960s, with the role of supplying the country with a constant volume of electricity and a continuous functioning regime. Additionally, in order to deal with peak consumption periods or shortages of coal electricity, some large hydro power plants were built. They totalled approx. 5.2 TW of installed power and encompassed around 100 dams (out of which 89 were large dams) which played a significant role also in preventing overflows.

Due to a shortage of electricity caused by the ever-growing consumption of the metal processing, machine-building and chemical platforms, the cement factories, mining exploitations and irrigation systems, the government started the construction of the first nuclear power unit in 1978 (it was finalised 20 years later).

Thus, in 1990, Romania had an integrated electricity system with an installed power of 23 TW, of which 16.8 TW were in thermal power plants (73 per cent) and 5.5 TW were in hydro (24 per cent). In addition, some natural gas fired power plants were built in the larger cities, or on important industrial platforms, to supply households with hot steam for heating in centralised distribution systems, including Bucharest, and the economy for industrial purposes. Construction of the first nuclear power unit began in 1978, although it was only commissioned in 1996, and a second unit was begun a decade later.

After 25 years of restructuring the energy system, the installed power for electricity generation has remained constant at 23 TW but with a different breakdown: coal based power plants — 27 per cent, hydrocarbons — 21 per cent (natural gas, heavy oil), hydro — 28 per cent, nuclear — 6 per cent, wind — 13 per cent, solar — 5 per cent, according to the National Authority for Energy Regulation’s Annual Report 2015.

This has been achieved mainly through the efforts of the power producers, by: i) shutting down the loss producing entities; ii) focusing investments on lower-cost producers (hydro power plants, nuclear units and lower cost lignite fired plants), with the aim of keeping the price of electricity down and protect the population, whose consumption decreased dramatically during 1990s; and iii) promoting green energy (with generous subsidies schemes for wind and solar electricity producers), especially after integration into EU in 2007 in accordance with European strategy.  The 25 per cent reduction of coal fired power plants capacity was replaced by wind, solar and nuclear generated electricity.

Not only have the power producers restructured during the past 25 years but consumption has changed as well. According to industry data, in 1989, Romania registered the highest consumption of electricity of all time, equal to 84 TWh, which was produced domestically and an additional 9 TWh which was imported.

After 1990, there was a drastic restructuring of the industry, which took place mainly in the period from 1995 – 1999. This was made possible through massive lay-offs and the closures of assets, especially of those energy intensive ones such as the metal processing industry, machine building units, petrochemical platforms, mining exploitations and through the dismantling of irrigation systems. The effect was a very significant reduction of electricity consumption, from the all-time high 93 of TWh (registered in 1989) to a minimum of 49 TWh, in 1999 (when the country was closed to default).

In conclusion, it is important to note that the installed capacity of electricity generation has remained constant during the past 25 years, although the country’s consumption has significantly decreased. This has led to the idea that some production capacities are underutilised (exports are limited). Therefore, it would be important for any power sector strategy to first assess the perspectives of electricity consumption, based on a national long term development strategy.

The theory of an ever-increasing demand is no longer true and the export of significant electricity volumes could not constitute a reliable argument for investments in the sector — unless they were agreed through long-term, secured purchase agreements.

Gabriela Baicu is an associate professor at the Romanian Academy of Economic Studies in Bucharest.