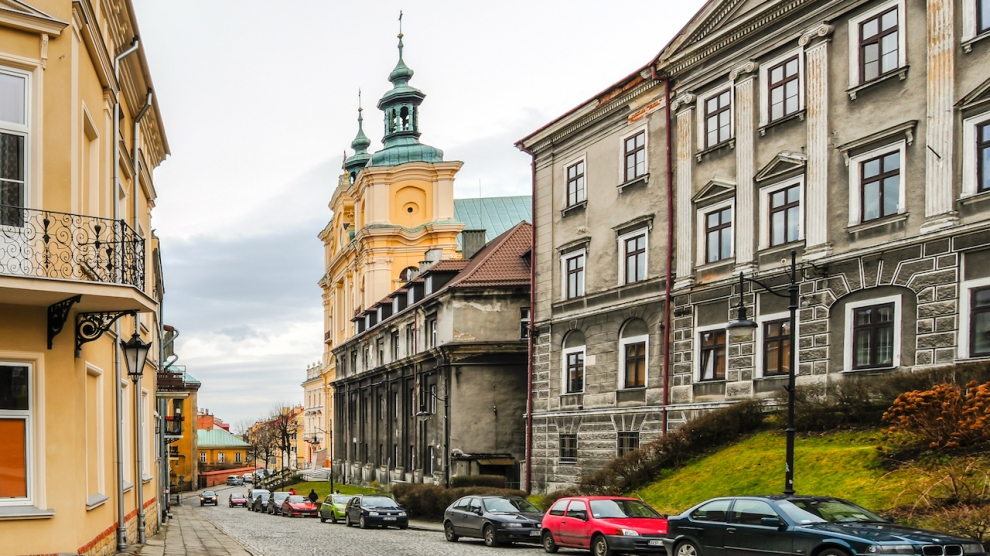 Poland’s role in relation to the Ukrainian context is often discussed in the political sphere and there are important reasons for that. Not only was Poland the first country to recognise Ukraine’s independence in 1991, but since then it has also repeatedly and continuously supported Kyiv in its pursuit of European and Euro-Atlantic integration and after 2014, it provided help when military conflict broke out in the eastern part of the country. Yet, there is another chapter in Polish-Ukrainian bilateral relations; one that is linked to economic collaboration and its impact on Ukraine.

It’s fair to say that the beginning was tough and not really promising, which was the result of a deep economic crisis which followed the transformation in both countries. In 1992, trade between Poland and Ukraine equalled a mere $285.4 million, but in 2008, it skyrocketed reaching a record year of $8.8 billion.

This was followed by a series of shocks related to the global financial crisis of the same year, and the military conflict in Donbas, which led to a recession in Ukraine, which was immediately reflected in the bilateral trade figures. We are now seeing a gradual increase in trade and, according to our initial estimates, from 2016; it has reached $5 billion.

Bearing in mind the size of the two economies, it is clear that figure could be multiplied, but there is also good news — Poland has been one of Ukraine’s top five trade partners for the last few years, as well as it largest trading partner amongst the EU member states. Interestingly, that trade is extremely diversified and is not limited to low-processed materials (metallurgy and agriculture), which is a problem that Ukraine experiences in its trade with a number of other countries.

When one talks about economic collaboration, I must not forget Polish investments, which might not be significant if presented in relative figures, but they are noticeable. Firms such as Kredobank in the banking sector or PZU, in insurance, are great examples of how successful Polish firms can be in this market, if they run their businesses in a prudent and transparent manner. Both organisations were able to operate painlessly throughout the crisis, and even strengthened their positions on the market; they are on their way to becoming leaders in their industries. Two other Polish companies, Barlinek and Cersanit, have built new production facilities and are leading players in the wood processing and sanitary fittings’ sectors.

Apart from these large investments, the majority of Polish firms operating in Ukraine are small and medium-sized. Some statistics even claim that there are 3,000 of them across the country, which is unprecedented when we look at foreign investors in Ukraine, as other countries are represented by a handful of large businesses. Polish SMEs have the unique experience of transplanting the best practices of doing business in Poland onto the Ukrainian soil.

All these facts prove that the effects of bilateral relations are, at least, satisfactory. However, there are still plenty of areas where our collaboration could be intensified, for example, when it comes to large infrastructural investment projects which could increase the two countries’ integration.

The first steps have been already taken: for example, a fast rail connection was launched between Kyiv and Przemyśl at the end of 2016. It has proved to be very successful and similar connections are now being planned with other cities across Poland.

We are also discussing energy connectors (gas and electricity), which could further integrate Ukraine with the other members of the Energy Community and thus increase energy security in the region.

Yet another area, where we see growing collaboration, is the defence sector. After Ukraine discontinued its collaboration with the Russian Federation, the country needed new partners. Both Poland and Ukraine have the necessary potential that could be employed in joint projects. Additionally, Poland could become a ‘gateway to Europe’ for the Ukrainian sector and technologies.

I believe that these areas will be the ones that we will focus on in the next quarter of the century. There is no doubt, that for both countries intensifying collaboration in these sectors will strengthen the relations of the two neighbouring economies.

Jan Piekło is Ambassador Extraordinary and Plenipotentiary of the Republic of Poland to Ukraine. Earlier, he was director of the Polish-Ukrainian Cooperation Foundation PAUCI in Kyiv and Warsaw. As a journalist, he reported on the Romanian Revolution in 1989, and the war in former Yugoslavia. He wrote two books on the Balkans. As an expert and media consultant, he collaborated with the European Journalism Centre, Rutgers University of New Jersey, MU Columbia School of Journalism, Jagiellonian University in Kraków, Groeningen University, etc.

After 25 Years of Restructuring, the Romanian Power Sector Is at a Crossroad
Central and Eastern European Consumers Are Joining the Global Trends for Change
Comment