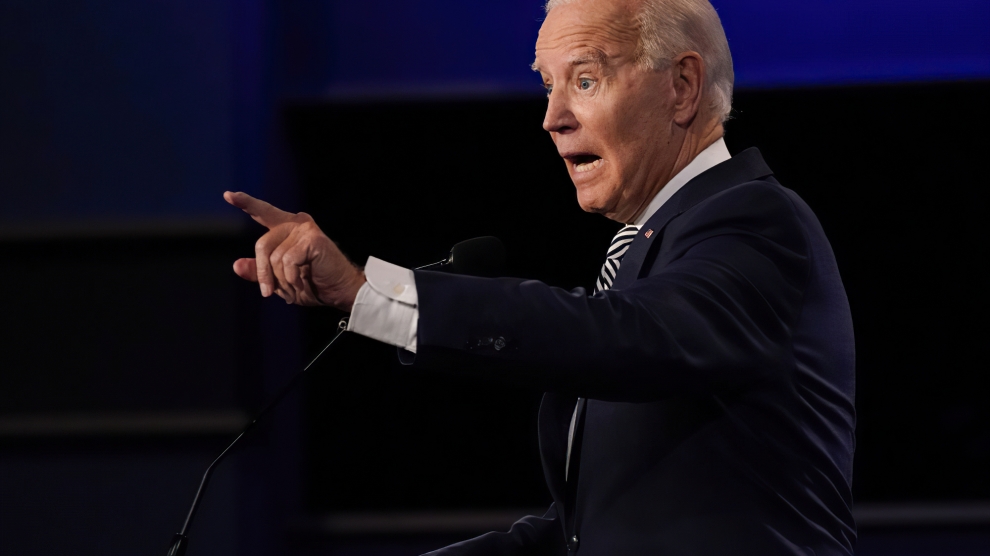 Barack Obama was indifferent to Central and Eastern Europe. Will his former vice-president be any different?

After a tumultuous four years and an even more bruising presidential election (which appeared to begin right after the last one ended), the dust appears to have settled and former Vice-President Joe Biden narrowly prevailed over incumbent Donald Trump.

While the media has been content to focus on the celebrations in Western Europe over their joint preferred candidate – with Germany and France hopeful for a more quiescent American president – further east the tone is far gloomier. Poland and Hungary, two populist-run countries who have been at odds with the European Union (EU) over the rule of law, made common cause with Trump’s brand of nationalism but also benefited from the about face in American policies which, contrary to the administration of Barack Obama, were actually pro-Central and Eastern European (CEE).  With the return to power of the number two in that administration, will the CEE countries be once again abandoned, or does Joe Biden represent a break from Obama’s neglect and/or outright hostility? The key, as in earlier years, remains US policy towards Russia.

Since Biden was projected winner of the presidency, over the past three days, Central and Eastern European commentators have displayed a tendency to over-romanticise Biden’s links to the region, noting how many times he had been to Ukraine or the visceral dislike of Putin’s Russia that the president-elect feels.

Leaving aside (as the US media did) the possibilities of any improprieties of his son Hunter Biden in his own dealings in Ukraine, such a fond recollection is greatly at odds with the reality of the Obama administration. At a minimum, Obama’s over-praised oratory betrayed his own indifference to the region, as when he blithely mentioned “Polish death camps” during World War II (which drew a stern rebuke from Warsaw). Of much more substance, however, were the series of policies enacted under Obama and during Biden’s time as vice-president, policies which Biden was unable to stop (or went along with willingly): these include an eagerness to sacrifice the CEE region in pursuit of better relations with Russia, under the heading of the “reset,” and which also extended to cancelling missile defence plans  – which the Poles only learned about from the news.

At home as well, Biden did not leap to presidential candidate Mitt Romney’s defence when he named Russia as America’s great geopolitical rival, even as the rest of the Democrats mocked the sentiment as a relic from the 1980s and still pursued this line even as Russian tanks rolled into the Donbas.

Indeed, perhaps most egregiously, while Biden may have been arguing within the administration for greater engagement and US support for Ukraine during Maidan, he was summarily overruled by the rest of the Obama team, including Obama himself. Pleas for defensive weaponry from Kyiv were denied in the White House despite strong support across both parties in Congress, with Biden’s myriad of trips to the country seen as some form of a “consolation prize.”

As a result, the Russian annexation of Crimea, invasion of eastern Ukraine, and war crimes such as the downing of civilian airline MH 17, were allowed to proceed unchecked with mere diplomatic protestations from the US; if the policy was realistically “outsourced” to Biden, it did not result in concrete results for the Ukrainian people.

All of these worries may be slightly overstated, as Biden realistically may not have much time in power before the ravages of time catch up and President Kamala Harris eagerly grabs the reins. However, the foreign policy apparatus surrounding both Biden and any potential President Harris is likely to be composed of the same people who were instrumental in these Obama-era policies; indeed, if Susan Rice is being vetted for secretary of state or reset aficionado Michael McFaul re-enters some form of Eastern European policymaking position, one can expect the tough talk on Vladimir Putin from the last four years to dissipate quickly and revert to the passivity of the Obama years.

Given this reality, where does this leave the CEE region? The only way in which Biden can maintain faith in American policy in the CEE region is to be much more consistent on the rule of law than Trump was while at the same time continuing Trump-era policies towards Russia.

Indeed, one of the reasons that the Polish and Hungarian governments were in favour of Trump was that he did not press them on their ongoing policies leading to the politicisation of the judiciary and actually may have enjoyed their spat with the EU.

At the same time, while the US State Department issued support for the ongoing peaceful revolution in Belarus, Trump himself was much more muted. By contrast, candidate Biden’s campaign put out releases supporting protesters in Belarus and is likely to press Poland and Hungary on their rule of law as part of a much more united front with the EU (as well as push Ukraine on anti-corruption measures, although he will have far less credibility in this arena). Of course, it is still up in the air how much of this campaign work will actually carry through into a Biden administration, and there is still a chance that Biden will pursue his own pet policies (such as solely criticising the new abortion laws in Poland) rather than actually arguing for true protection of rule of law.

A return to Obama’s softballs?

Indeed, it is unknown if Biden will bring the same enthusiasm he once had for supporting Ukraine to a job which is infinitely much more daunting. While outgoing President Trump had a troubling and longstanding public affinity for Putin, his policies towards Russia were radically different than the softballs of the Obama administration and were better for the region. Ironically, the best outcome for the CEE region may be for the Democrats to continue their misperceptions of Republican policy towards Russia, and, as they have done in the past, offered a knee-jerk repudiation.

This was seen most strongly in the flight away from George W. Bush’s supposed “belligerence” to the overly accommodative reset, and now perhaps they will pivot strongly from Trump’s supposed “accommodation” back to a stance of belligerence; that is, continuing the present set of policies, but without the praise for Putin. In that sense, perhaps there is some hope for US policy towards Central and Eastern Europe after all.