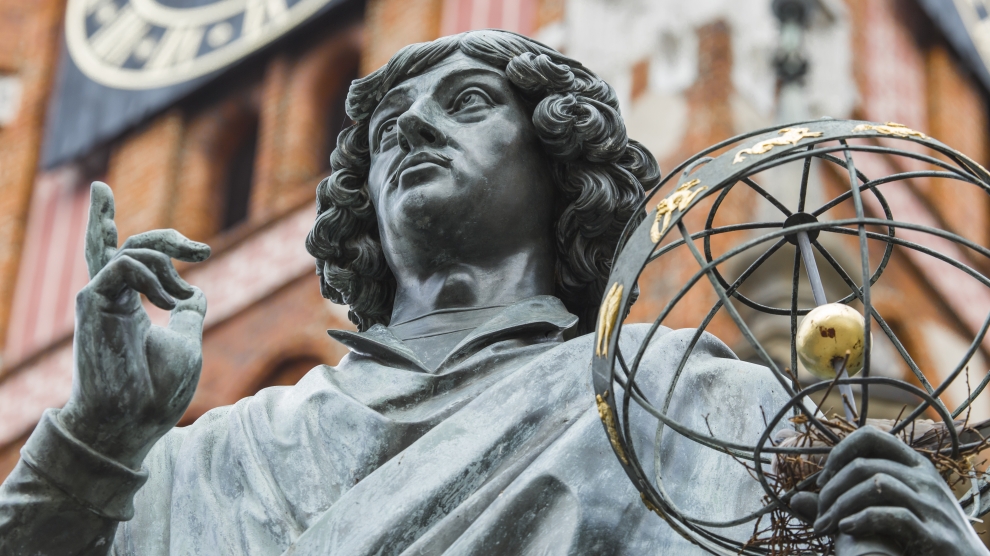 Both of Poland’s main political parties seem to be either uninterested or indifferent toward the deep reforms that Poland must undertake.

Immanuel Kant defined “enlightenment” as self-emancipation from religious dogma. Although Kant’s definition dates to 1784, it continues to have relevance in certain EU countries, Poland in particular.

According to a recent survey carried out by the Pew Research Center, Poland can boast the highest church attendance in the European Union – 61 per cent of Poles attend mass at least once a month.

Based on Kant’s reasoning, it is not at all clear if contemporary Poland can be defined as “enlightened”, despite 16 years of EU membership. Most worrisome is its apparent indifference to moving towards a learning society, defined as one which pushes the frontiers of innovation in order to increase standards of living.

Poland is generally considered a great economic success of the post-1989 transition. Immediately prior to Covid-19, Poland basked in some of the highest growth rates in the EU, while its GDP per capita increased from 42.7 per cent of EU average in 1995 to 72.4 per cent in 2019.

Despite this, the 2019 macroeconomic data were clearly flashing some warning signs. Investment as percentage of GDP (18.6 per cent) was stubbornly stuck below the EU average (21.3 per cent) and far below the investment intensity of such advanced economies as Sweden (25.4 per cent). This was compounded by relatively low competitiveness, with the World Economic Forum ranking Poland 37th out of 141 countries.

Poland clearly remains mired in its traditional labour-intensive growth model, dependent on high consumption, supply chains for western European multinationals, and EU largesse. The strong GDP upswing of 2018-19 was primarily a result of populist social welfare policies. In addition, luck has been a traditional factor, as illustrated by Poland’s failure to dive into negative growth in the Great Recession.

The multilateral financial institutions continue to broadcast the urgency of moving towards a knowledge-intensive growth model. For example, in the most recent Article IV Consultation, the International Monetary Fund (IMF) recommended boosting productivity by sharply increasing investment. The IMF recommendations were echoed in a recent article by the chief economist of the European Bank for Reconstruction and Development.

Unfortunately, the alarm bells being rung by international economists have not resonated among Poland’s political elites. The two main political parties seem to be either uninterested or indifferent toward the deep reforms that Poland must undertake. While the presidential election of last July might have been an opportunity to air out some of those issues, it revolved almost exclusively around Poland’s culture wars, with no mention of a “learning vision” for the country.

First, Poland must sharply increase research and development (R&D) spending. According to the most recent OECD data (2018), Poland’s R&D spending (1.2 per cent of GDP) ranks seventh from bottom in the EU. The EU average is two per cent, and knowledge-intensive economies such as Germany or Sweden spend more than three per cent. Although Poland’s aggregate R&D spending as a percentage of GDP has more than doubled since 2007, government spending on R&D is close to zero. If the government budget eliminated all church-related spending and shifted those resources to R&D, Poland would almost match the UK’s R&D intensity (1.7 per cent of GDP).

Second, the government must found an internationally competitive STEM research university. In advanced countries, research universities play an essential role in championing research and disseminating innovation. However, this concept remains essentially unknown in Poland. The founding of Tokyo Imperial University in the 1870s might serve as a useful blueprint.

The overall quality of higher education, particularly at the PhD level, remains very low, as described in depth by the OECD. According to the most recent QS World University ranking, no universities from Poland (population 38 million) rank in the world’s top 300, while Hong Kong (population 7.4 million) boasts five in the top 100. When confronted with these sobering rankings, a former deputy prime minister argued that they “falsify the image of Polish science.”

Third, Poland must embrace an urbanisation strategy. There is a consensus among economists on the correlation between innovation and urbanisation. The advanced economies have made major progress in urbanisation over the past 30 years, as highlighted by the 2020 World Development Indicators, Over the same time period, however, Poland “de-urbanised” from 61.3 per cent to 60 per cent, propelled by a de facto theft of resources from urban residents via a highly concessionary tax system for the countryside.

The view that time is not on Poland’s side in moving towards a “learning society” is sadly not shared by Poland’s political elites. Not renowned for their long-term vision (102nd out of 141 countries according to the World Economic Forum), Polish elites seem unable to articulate any strategy. However, it appears that they are counting heavily on continued EU largesse, both financial and technological, sweetened with good luck and occasional divine intervention.

This is obviously a very risky strategy. Poland’s political elites would be well advised to look themselves in the mirror and take a cue from Kant.

Searching for the meaning of the EU integration process in the Western Balkans
Back to the future: Why a Biden presidency might be a disaster for Central and Eastern Europe
Comment