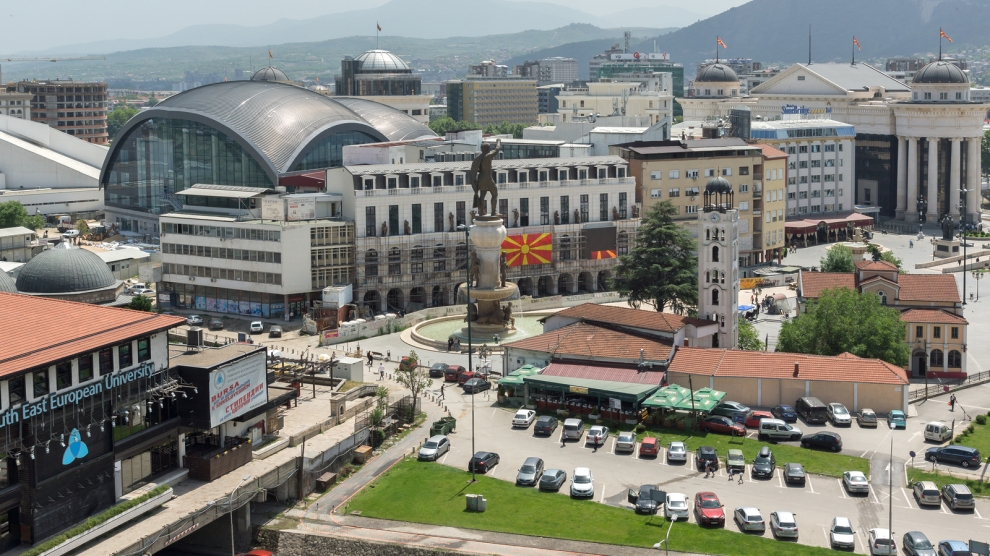 Greece and Macedonia appear to be inching toward a settlement on a decades-long dispute over who owns the name “Macedonia.” But with nationalism in both countries rising – as it has been across Europe since 2008 – a deal could endanger the stability of the region or even trigger a conflict between Macedonia’s ethnic Albanian minority and ethnic Macedonian majority.

The countries essentially disagree over who has the right to be called Macedonian. Greece claims that the Slavic people living in Macedonia aren’t really ethnic Macedonians; that title should be reserved, they say, for those who were ruled by Alexander the Great, the ancestors of the ethnic Greeks themselves. Both countries claim ownership over the name, and over Alexander the Great’s legacy. Thus, in 1991, when Yugoslavia collapsed and Macedonia became independent for the first time in its history, Greece refused to recognise its chosen name, calling it instead the Former Yugoslav Republic of Macedonia (which is also the name by which it’s recognised at the United Nations).

The two countries have been locked in dispute ever since, and talks on a settlement have been stalled for the past 10 years. But on January 24, Greek Prime Minister Alexis Tsipras and his Macedonian counterpart, Zoran Zaev, agreed to continue discussions at the UN. Many people in both countries, however, didn’t see this as a positive development. On the first weekend following their meeting in Davos, tens of thousands protested in Thessaloniki, the capital of the Greek northern province called Macedonia and Greece’s second-largest city. This past weekend, a similar number protested in Athens. There were demonstrations in Macedonia, too, on January 31, as the UN special envoy for the name issue visited the capital on a new mission to find a solution.

The concessions announced in Davos by the Macedonian prime minister were meant to help Macedonia along the path toward EU and NATO membership. (Greece has blocked Macedonia’s accession to the EU since 2008 over the name issue, and Skopje’s relations with NATO have subsequently also stalled). The concessions were symbolic: Zaev said he would change the name of the airport in the capital and the highway linking Macedonia to Greece, both of which are named after Alexander the Great. Zaev took office in May, and his government has signaled that joining the EU and NATO is a high enough priority that it’s willing to compromise to make it happen.

Before Zaev’s tenure, Macedonia made few efforts to continue negotiations with the EU over membership, and so the bloc cut funding considerably for the country’s development programs. Skopje looked for funding alternatives, reaching out to Russia and even China. Diplomatic meetings have taken place and promises have been made, but in the end, neither Moscow nor Beijing has been able to fill the gap left by the EU. Both are simply too preoccupied by their own internal problems to help a small Balkan country with a population of just two million. Solutions were needed to address the country’s increasing socio-economic problems, and Zaev promised sweeping changes, particularly to Macedonia’s approach to NATO and the EU.

Since Greece is a member of both organisations, Skopje needed to improve relations with Athens to revive any hope of gaining membership – and that meant resolving the name dispute. In 2007, Athens agreed to allow “Macedonia” to be part of its neighbour’s name, and now it was Skopje’s turn to make concessions.

But in Macedonia, the name issue is highly sensitive and has been further complicated by the political and ethnic landscape. To end a longstanding political crisis, the ruling party, the Social Democratic Union of Macedonia, formed a governing coalition with the ethnic Albanian Democratic Union for Integration. But the opposition now claims that the Social Democrats are granting too many concessions to the ethnic Albanians to ensure that the coalition remains intact and that the party can stay in office. The opposition also claims that the government has been far too flexible in negotiations with Greece over the name issue.

Both criticisms of the government are related to a critical issue that has led to conflict in this part of the world before: national identity. Considering that the country has been struggling with an ailing economy, which has contributed to the rise in nationalism, it’s no surprise that both issues – expanding rights for ethnic Albanians and the name dispute – have resulted in protests. In addition, public support for the government and the opposition is split virtually in half. These conditions offer an environment ripe for political instability, which if left unchecked could develop into ethnic clashes. But a solution to the name issue would bring Macedonia closer to membership in both NATO and the EU and, more important, to the EU funding that it urgently needs to address some of the economic grievances of the population.

Greece certainly doesn’t want renewed conflict along its borders. But finding a solution to the name issue is fraught with complications here too. The austerity measures Greece has had to adopt since 2008 to address its debt problem have resulted in rising nationalism. The measures may have solved some of the country’s macroeconomic issues, but it still faces high youth unemployment and rising taxes. Political parties are taking advantage of the rising dissatisfaction, claiming that the government has been too soft in negotiations on the name issue. The prime minister has said he would support including the word Macedonia in a compromise over the name dispute. But the nationalist Independent Greeks party, a junior partner in the ruling coalition, opposes any use of Macedonia in the country’s name and has distanced itself from Tsipras over the issue.

Tsipras has little room for manoeuvre. The EU and Greece are discussing the terms under which Greece will end its eight-year bailout programme. In January, the eurozone finance ministers agreed to a new cash injection of 6.7 billion euros (8.3 billion US dollars). Stress tests on the Greek banking system will begin in the next few weeks, several months earlier than in the rest of Europe. Their results will be published in May, about three months before the third bailout ends in August. The International Monetary Fund wants the results of the stress tests to be confirmed by an asset quality review, which it sees as more thorough. European authorities have so far resisted such calls, leaving some to question how accurate a picture of the Greek economy the stress tests will provide. After the stress test results, the IMF and the EU will decide how stable the Greek economy is and how safe it is for the government to manage its own finances without supervision.

But this issue is about much more than economics. As Greece negotiates its financial future with Brussels and the country tries to recoup some of its financial independence, Athens’ relationships with its neighbours are bound to come up. It’s in Brussels’ interest to prevent the outbreak of any conflict on the Continent and to limit Russian and Turkish influence in the region. Both NATO and the EU want Macedonia to join the Western camp. To do this, they need Greece to make progress on the name issue. But Greece needs to tread lightly; the government can little afford to allow this dispute to develop into a political crisis.

In Skopje, meanwhile, there are growing concerns that the negotiations over the country’s name may jeopardise the Macedonian government or, worse, lead to violence that might expand beyond Macedonia’s borders. Considering the volatility surrounding this issue and the divide in support between the government and the opposition, there is potential here for not just a change in government but also ethnic clashes.

The EU and NATO want to avoid renewed conflict in the Balkans and to prevent external powers from gaining a foothold in the region. They are thus pushing for a resolution. Athens and Skopje, however, have their own pressures with which they have to contend. Their populations are generally urging them not to compromise, but they also have economic incentives to reach a deal that would satisfy the EU. There is a window of opportunity for a settlement, but also many obstacles that still need to be overcome.

This article was originally published on Geopolitical Futures. Reprinted, here, with permission.

Euroscepticism is on the Rise in the Czech Republic
Czexit? Czechout? It’s Up to Mr Babiš
Comment