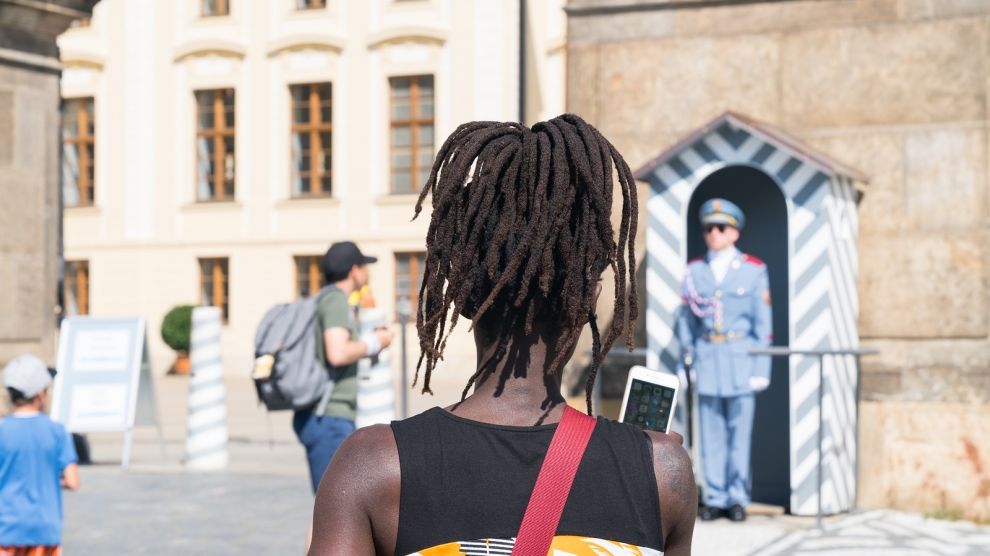 The Czech Republic has a long tradition of public euroscepticism, well documented by the pre- and post-accession Eurobarometer opinion polls which rank it among the countries with the lowest support for EU membership in central and eastern Europe. Even before accession to the EU, Czech politics featured a mainstream party with a eurosceptic stance, the Civic Democrats, led by Václav Klaus who later became the president of the country. The ‘return to Europe’ nevertheless remained the main foreign policy goal of the Czech Republic and its desire to become member of the EU (and NATO) was stronger than public and party-based forces which took a pessimistic stance towards further western European integration.

After accession, Czech public support for the EU increased, and mostly followed trends in economic development on the domestic as well as European stage, including the EU’s own economic and financial crises. Even the euroscepticism of the Civic Democrats has been muted compared to the pre-accession period, while long-term opponents of European integration such as the Communist Party have been irrelevant in setting Czech foreign policy. Moreover, the first decade of Czech membership has never seen outright demands for exiting the EU regardless of the current levels of euroscepticism. During recent years, however, eurosceptic forces has grown both at public and party level and raised historically unprecedented demands for holding a referendum about Czech membership of the EU.

So what has happened in the meantime? Is Czech euroscepticism on the rise?

There are a number of factors behind the revival of Czech euroscepticism to previously unseen heights. First, the trend of rising euroscepticism is connected to wider phenomena of dissatisfaction with how the mainstream political parties handle domestic and – especially – EU politics. Regardless of the specific composition of the governing coalition, each government has pursued a rather similar approach when it comes to EU policies and politics. On the domestic front, ‘Brussels’ represented a scapegoat for any unpopular decision, while at the EU level Czech governments pursued a passive and vision-free policy which only became offensively reactive if unfavourable proposals were adopted. In other words, credit for any popular policies was claimed by Czech governments, while the blame for unpopular policies was shifted to Brussels.

In doing this, successive Czech governments laid the foundations for the future escalation of euroscepticism. Such fertile land has not remained unploughed by political competitors. New parties have been established based on more or less pessimistic views. The ANO party, led by political entrepreneur Andrej Babiš, began to run on the basis of a pro-EU programme. Being ideologically unanchored, however, the ANO party soon derailed from its pro-EU direction. Sensing the dissatisfaction of people with the EU, its main leaders started to use eurosceptic discourse extensively. At the end of its first term of office in the government coalition, the party was dumped by two of its MEPs who were no longer able to identify with the party’s shift away from a pro-EU position and towards that of President Zeman, who openly maintains that people should be given the opportunity to vote about EU membership in a referendum.

Tomio Okamura’s Dawn of Direct Democracy (later dissolved and continued de facto as Freedom and Direct Democracy) has been openly eurosceptic since its inception. The success of the party in October 2017’s general election, and its current strong emphasis on holding a referendum regarding Czech EU membership is nevertheless connected to the second reason behind the revival of Czech euroscepticism.

The migration and refugee crisis of 2015, and the EU’s response to it, provided more fertile ground for the intensification of Czech euroscepticism. The relocation mechanisms (the so-called refugee quotas) have been a hot topic of each election held in the Czech Republic since 2015, namely the regional election of 2016, the general election of 2017, and the presidential election of 2018. Although all Czech parties rejected the ‘quotas’, only Freedom and Direct Democracy (in the general election) and Miloš Zeman in the presidential election were able to derive benefits from their Eurosceptic, anti-quota discourse. It is likely that other parties lacked credibility due to their almost permanent presence in the various coalition governments which have been responsible for Czech EU policy since the accession.

Why then is euroscepticism lower in Slovakia, where people accept the prime minister’s desire to be a core EU member, including membership in the Eurozone? The answer is related to a third reason behind Czech euroscepticism. The Czech Republic has history of omnipresent eurosceptic leaders going back to the 1990s with the Civic Democrats and the then prime minister Václav Klaus in particular. A year before Czech accession to the EU, Mr Klaus became President. While the presidency in the Czech Republic is mainly a ceremonial position, his influence on society rested in his strongly eurosceptic discourse and even some political decisions such as refusing to sign the Lisbon Treaty until the Czech Republic had been given an opt out from the EU’s Charter of Fundamental Rights. (Mr Klaus believed that the charter could lead to the revocation of the Beneš decrees).

Miloš Zeman became president when the second term of Václav Klaus came to an end. While he has proclaimed himself a persuaded Euro-federalist and even hung the EU flag at the Prague Castle – something Václav Klaus refused to do – his actions and discourse remained deeply eurosceptic, potentially reflecting the opinion of his core voters in rural and remote areas. The contemporary phenomena behind the revival of Czech euroscepticism, namely dissatisfaction of the political mainstream handling of EU politics and related rise of new eurosceptic parties, can build upon firm foundation built by major political leaders of past and present.

As theory is grey and green is the tree of life, the proponents of the referendum bill in the lower house significantly differ on whether EU membership can be the subject of a referendum. While the Pirates, SPD and Communists strongly advocate this option, ANO rejects it. The reason is simple. While Andrej Babiš ‘responds to the will of the people’ when it comes to adapting his discourse to the general anti-EU mood among Czech citizens, one of his darkest (business) nightmares is a Czech Republic outside the EU. The battle is thus not over. Even if a pro-referendum bill gets a constitutional majority this October, the real debate will be about the details, such as whether the membership of international organisations can be the subject of a referendum, the number of citizens’ signatures required to call a referendum, and the turnout and majority thresholds needed to make referendum valid and binding.

Czexit will not happen overnight, but the conditions have never been as favourable before. If it indeed happens, its impact on this medium-sized country surrounded by EU member states will nevertheless far exceed even the worst-case scenario Britain is currently looking at.

Jan Kovář is a senior research fellow at the Institutive of International Relations in Prague.

Bulgaria’s Demographic Challenge
In the Balkans, the Power of a Name
Comment