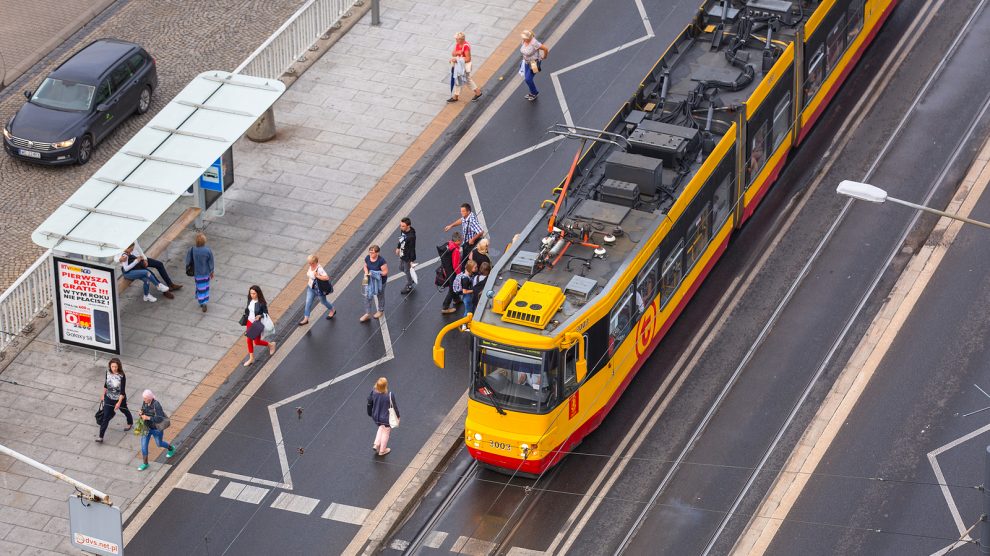 Experts – domestic and foreign – of Polish politics generally explain that the point is that, on the one hand, there is a populist majority, deluded by social programmes such as 500+, intoxicated by nationalism and indifferent to the unlawfulness and corruption of power, and on the other, a democratic minority, painfully faithful to principles and Europe, defending the dauntless judges with their very bodies.

So all we have to do is wait patiently until the unwashed drunk sobers up and heals himself, and then will either support the painfully faithful, or at least abandon the corrupt. Then the minority will again become the majority, and the suspended path of history will flow back to its rightful course.

“Or rather its rightful trough,” Jo Harper would probably add. But his book Our Man in Warszawa: How the West Misread Poland, which has just been published in English by the Central European University Press, is not built on “a plague on both your houses” schadenfreude – although there are disturbingly many such elements in it.

Harper, a Polish correspondent for various British media, married to a Polish woman, speaking Polish, and even briefly commenting on Polish events for Gazeta Wyborcza, simply believes that the above description is part of the problem and not a tool to solve it. That’s not the point, says Harper.

In keeping with the quite undead tradition of British Marxism from which he comes, the author believes that people are driven by economic interest in their political choices, and that the category of social class remains a useful tool for predicting their choices. He also believes that Poles electing PiS make a rational, albeit unpleasant and harmful, choice. Instead of being sermonised, however, they should be offered reasons to vote for the painfully faithful – reasons, furthermore, that will not contribute to their own economic pain. And that’s it.

Harper’s book is very uneven; it gives the impression of a portfolio with texts that were definitely worth writing, but not necessarily worth being read together. Apart from the general subject of Polish politics in recent years, and the constant irritation at the complacency of both the painfully faithful, and their foreign observers and sycophants, it is difficult to find a common element in it. The learned preface, which shows that all this is deliberate and thoughtful, is not convincing, and the text gives the impression of being untouched by an editorial hand: anybody who knows what a “hybrid-colonee” is will get an award.

At the same time, reading the text is highly instructive.

Foreign observers, for whom it is intended in the first place, will gain a useful short course in the history of modern Poland (although Harper’s belief that terms such as “thick line” should not be annotated for them seems to be misplaced). And Polish readers would discover that – contrary to the author’s favourite saying: “Not my circus, not my monkeys” – the circus he describes is his, and the monkeys too – to such an extent that he himself seems to understand that he has become one of the them. It is a useful antidote to our familiar sense of incomprehensible uniqueness.

The most interesting are those pages of the book in which Harper exposes the way English correspondents write about Poland as a form of Aesopian statements about the local political and social life: Kapuściński’s Emperor, but written on the Thames, not on the Vistula.

Of course, the detailed tracking of political prejudices and cognitive distortions in colleagues’ articles leaves us with the feeling that only Harper should write about Poland. Meanwhile, his texts in the same book can be interpreted and deconstructed in the same way, revealing only different, classically leftist, distortions and prejudices.

But since, as the author abundantly proves, these particular prejudices are not nearly present enough both in the Polish political discourse and in that about Poland, his book fills a significant gap. However, there is a concern that before it is translated, volumes of essays by Polish Harpers, equally smug, though perhaps less witty, will fill the gap.

David Warszawski is a Polish journalist.

Chernobyl, 35 years on: What the media got right (and wrong)
Are Poles Catholics? A new campaign wants to find out
Comment