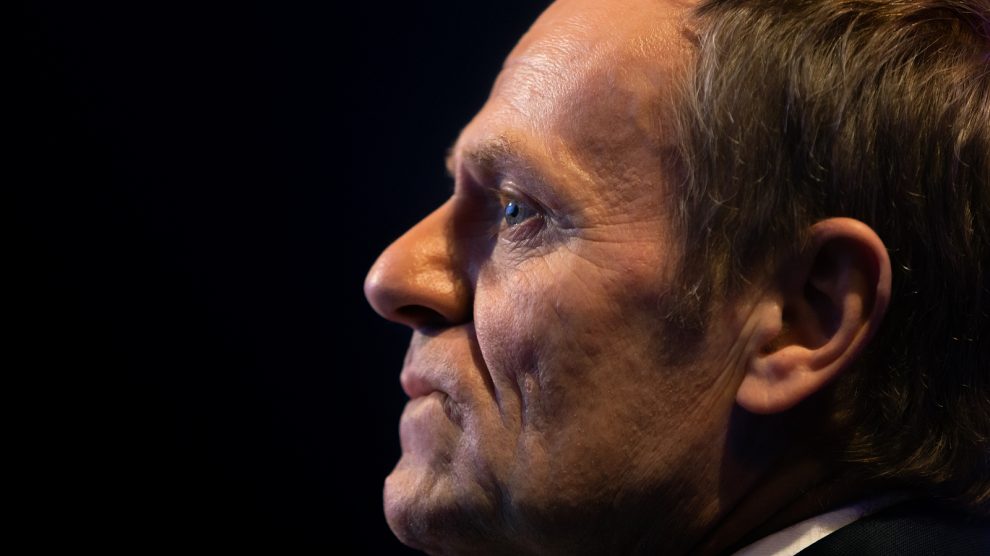 Poland’s former prime minister Donald Tusk might be positioning himself for a presidential run in 2025.

Former prime minister and ex-EU chief, Donald Tusk, declined to head up the opposition during Poland’s three elections of 2019-20.

He was perhaps wise to sit them out. Jarosław Kaczyński’s Law and Justice (PiS) party won all three, beating Tusk’s own Civic Platform (PO) into a distant second.

Tusk himself clearly believed he wouldn’t win and also that defeat would undercut any longer term political ambitions he might have at home.

Now, as Polish politics turns against PiS, Tusk’s return to the national stage shouldn’t come as much of a surprise.

PiS is suffering from increasingly belligerent coalition partners, a scandal involving Daniel Obajtek – the head of state-owned energy giant PKN Orlen, and a Covid-19 epidemic that simply won’t go away.

The country’s poor old prime minister, Mateusz Morawiecki, had to unveil Poland’s latest lockdown on Thursday. The PiS-led government he heads is highly unlikely to bounce back in the polls on the back of his performance.

Tusk is nothing if not a political operator. He clearly plays the long game, one where Kaczyński is no longer the only playmaker in town, and where PiS’s splintering governing coalition is still splintering but in opposition.

In the absence of a programme, a political project or a base, Tusk has long relied on his personal charisma – much like Kaczyński – to unite disparate centre-right groups.

Maybe now is the time to dip his toe back into the political waters and see what happens.

“Nobody attacked the opposition, doctors or journalists,” he wrote ironically in response to a speech given by Morawiecki on Thursday.

Morawiecki had referred to the opposition and journalists. “Some politicians” and “some media,” he said, “attack the government’s actions in the fight against the epidemic. Enough with political scuffles. I appeal to the opposition: if you cannot act in solidarity with the government, at least do not aggravate the situation,” said the prime minister.

“I spoke today with the prime ministers of Croatia, Austria, Lithuania, Latvia, Bulgaria and Slovenia, and the president of the [European] Commission about fighting the virus together. Nobody attacked the opposition, doctors or journalists. Weird somehow,” the former prime minister wrote on Twitter.

Tusk may have no political ambitions and his words merely reflect a disdain for the ruling coalition widely shared in his homeland.

But if he were to start thinking about a run for the presidency in 2025, now might not be the worst time to start working the vocal cords.

Romania, where Covid-19 restrictions are modest, but people protest anyway
Alexander Lukashenko is a dictator, but he is not Europe’s last
Comment