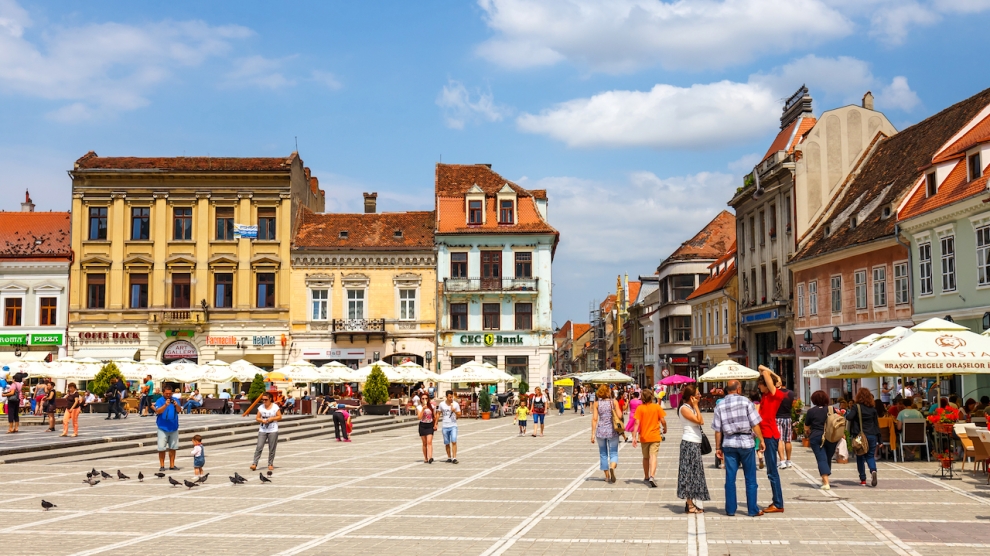 Nobody really noticed it at the time, but everything changed in the year 2000, when Romania was invited to join the European Union.

Before that, the main employers in Romania had been mostly textile companies and the government. In early 2000, we started to meet several companies involved in automotive, logistics and the FMCG industry, mostly doing manufacturing activity. Literally everyone wanted to come here or to expand their businesses. Most people were looking to open a business in the North-West, because of the good connections to the rest of Europe, places such as Bucharest (the main market), Pitesti (near to Dacia Renault plant) and Ploiesti, because of the gas and oil industry and its proximity to Bucharest.

Joining the EU in 2007 meant opening the door to huge investments. In the first years, a big wave of investments flooded the labour market, mostly attracted mostly by the low cost of the labour force and its relatively high skills and abilities. Automotive, light industry, logistics and electronics were the heroes of the day. In the same period, the white-collar segment began to be even more interesting to investors. Outsourcing companies such as Genpact, Accenture, HP or IBM began to either invest in the Romanian market or to develop their activities. But it was the ITC sector that really put the cherry on the cake – the tech sector was in such demand that wages sky rocketed and IT experts stopped leaving the country, as they had did in the 1990s.

However, while Western investors were heading to Romania, looking for cheap skilled workers, hundreds of thousands of Romanians were heading West, in search of new opportunities and, well, higher wages. Spain and Italy were the main targets because of the language similarities.

For this reason investors needed more workers on all levels, in 2007 and 2008, and job candidates started to see opportunities everywhere (not just with their employers): emigration peaked and Adecco launched a huge relocation project, bringing thousands of people from poor areas to work in the industrialised cities. There were cases where employers brought workers from Portugal, China or any other Eastern European country. Wages were not an issue anymore for any person looking for a job. You just had to ask for it.

And then, everything collapsed. In Adecco Romania alone, the number of associates decreased by 50 per cent (approximately 2,000 workers). Everyone tried to reduce the number of employees at the same time and unemployment exploded. It only took one year.

In 2010, we had already jumped to 4000 associates and the market overall grew by 50 per cent. Why? Because most of the Western European companies decided to cut their costs and to move as much production as they could to a more reliable country, closer to their HQ. Seven years later, the level of unemployment is 5.7 per cent and wages are double those of 2010.

Today, Romania is the victim of its own success and of a bigger, more worrying shift in society.

Romania is facing a huge problem — depopulation, and it may be the fastest in the EU. Companies are not finding candidates, even for increased wages. The millions that left the country are not returning, well not in big enough numbers, anyway. So, because of this balance between offer and demand, wages are heading towards the Central European average. From this point of view, we are not Eastern Europeans any more. We are a Central European labour market with all the benefits and drawbacks this entails.

Florin Godean is country manager of Adecco Romania and president of the Romanian Association of Temporary Work Agents (ARAMT). He has a degree in Management and Economics from the West University of Timisoara. He also completed his studies in Lausanne, at the International Institute for Management Development. Prior to joining Adecco, he worked for one year in Helsinki, as part of a youth information and counselling centre. In 2010 he also graduated a management program within the Swiss business school IMD Business School.

What Was First on the Romanian Table?
Privatisation, Past and Present in Romania
Comment