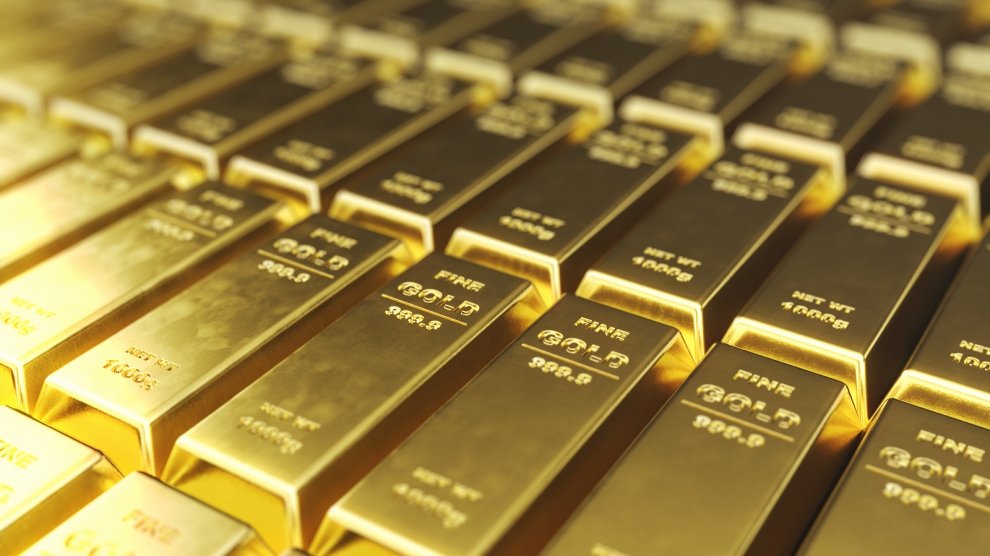 The case of the Republic of Moldova is very illustrative for the fate of its currency, the Moldovan leu, which will on November 29 celebrate its 25th anniversary. In the aftermath of the dissolution of the Soviet Union, the country started its transition based on an agreement with the Russian Federation which stated that there would be no share in foreign debt, but no share in assets, including gold, either. This has not been particularly helpful for the evolution of the Moldovan leu, especially after the international financial crisis of 1998 and the Moldovan banking fraud of three years ago.

Other emerging markets were very different. Some held reasonably large quantities of gold as international reserves. Hungary’s recent announcement that it had increased its total holdings of gold from 3.1 tonnes to 31.5 tonnes (an additional 2,300 bars of gold) marked an important change in the attitude of some transition countries towards gold, and the need to build up their reserves and to keep them in secure vaults in London or other key locations.

Romania’s story is different. After losing its national treasure 100 years ago (93.4 tonnes of pure gold, gold coins and other national assets were transported to Moscow to be protected from advancing German troops during the first world war) it has since built up its gold holdings.

At the end of September, Romania held 103.7 tonnes of pure gold (3.33 million ounces) which at the current market price is valued at 3.4 billion euros. This is a key asset for Romania, a NATO and EU member. It helped the country to make its currency, the Romanian leu, convertible in 1997: a significant achievement for a country in transition. Currently, these gold holdings (in the context of the National Bank of Romania’s pre-emptive right until very recently to buy all gold produced in the country) are a solid anchor for the stability of the economy while at the same time offering the credibility required by international bankers. In 2016, it was disclosed that Romania holds approximately 60 per cent of its total gold reserves in London for easy administration, security, and as a guarantee for honouring its external commitments (Romania’s foreign debt had increased to a worrying 98 billion euros as of end-August 2018). The direct correlation between gold and the size of sustainable foreign debts or the capacity of countries in transition to borrow internationally has been neither properly nor thoroughly studied by market analysts so far.

The third decade of transition

The transition of the former communist countries to market economies is now in its third decade, but is far from being successfully concluded in many cases, apart from Poland which was declared in September 2018 a developed market, being included for the first time in the select group of 25 developed countries (including the US, France, Germany, Japan, UK and others). Poland has managed to register uninterrupted economic growth for the last 26 year, which is an impressive achievement. Apart from this singular case, the picture is not such a happy one.

More generally, protectionism (see the America First mantra of President Trump) and subsequent commercial wars, the convoluted Brexit process, increasing gaps between developed and developing countries, large fluctuations of exchange rates, large trade and budget deficits and many other concerning trends have ensured that gold has a key role to play. The world is now more than ever in a turbulent phase of its evolution. Canada’s case, which is rich in natural resources and practically liquidated its gold reserves by February 2016, is a different one altogether. On the other hand, there are countries which have increased their gold holdings significantly. China is the most striking example. Officially, the country increased its gold holdings from 19.29 million ounces as of end-2008 to 59.24 million ounces as of August 2018, according to the latest available figures (IFS, September 2018). However, China’s actual gold holdings are believed to be much higher than reported.

In ancient times, gold was often associated with immortality, but more recently it has been related to economic and geo-political power. In turbulent times (and there have been many such periods) gold was the asset which preserved value and had a fundamental role as a safe haven. This role remains, as we navigate through the uncharted waters of the 21st century.

Moreover, high inflationary times and the accumulation of large foreign debts by some of the former communist countries led to the idea that owning gold is the only safe way to maintain the value of one’s assets. This is a huge benefit, but it comes at a cost. Keeping gold in vaults implies significant costs to handle, insure and treasure it in the first place. Secondly, central banks have no income (no yield) produced by their reserves in gold. Some journalists have said that gold is an asset gathering dust. The countries in transition need to find a fine balance in managing their international reserves between costs and benefits. This topic has not been properly researched.

The price of gold on the international markets is determined, as in the case of any other key commodities, by supply and demand. The London bullion market is a wholesale over-the-counter market for trading gold and is the most active trading spot in the world and the place where, on a daily basis, the price of gold is fixed. The last ten years of its interesting evolution are presented in the graph below:

While relatively stable over the last five years, it would be right to say that the price of gold has had special dynamics. Modern history is full of such significant events. Key political developments, such as the invasion of Afghanistan by the then Soviet Union at the end of 1979 led to a gold price spike from 400 US dollars per ounce to 850 US dollars per ounce within only three months. It is clear that the price of gold has evolved and will continue to do so under the aggregate influence of the supply and demand ratio, geo-political developments, price of other key commodities (crude oil, for instance), cyclical stages of economic development (booms, economic crises, Brexit-like or elections in major state events etc.), level of interest rates (inverted correlation, see the case of 1980s), physiological factors and demographic evolutions.

Can a country be seen as being too heavily rich as a gold holder? The short answer is no. The argument was that if a country had too much gold in its reserves (as compared to an accepted average), then the respective country could consider transforming a part (to be decided on a case-by-case basis) of its gold holdings into hard currency reserves (see the recent Canadian case). There is a fundamental condition which was valid then and which is even more valid today, namely the transfer of the results to reserves. Of course, nobody is in favour of selling gold reserves to pay for imports of goods for consumption.

Timing for such transactions is also crucial. No analysts, economists, strategists, not even clairvoyants or prophets were able to predict back then that the price would increase from 35.65 US dollars per ounce in 1970 to the peak of 1,882.96 US dollars per ounce on February 9, 2012 (it has declined in recent times to USD 1,238.44/ounce as of October 28, 2018). All in all, the sale of gold could be worthwhile for some transition countries only as a means of transforming a non-productive asset into hard currency reserves earning interest (admittedly low in the current market conditions).

While the ratio of total gold holdings to total international reserves seems to be rather low, the positive practical, commercial and psychological impact is much higher. Based on the available figures, it is possible to conclude that gold holdings are, amongst others, a key pillar in determining the external borrowing capacity of any transition country. Gold has played and will continue to play a pivotal role for these nations in the foreseeable future. It is also, together with other international reserves, the bedrock of strong currencies. This is more so in the case of countries in transition where gold holdings should be given the priority they rightly deserve.

Who really won Poland’s local elections?
The future of Europe: Views from the capitals
Comment