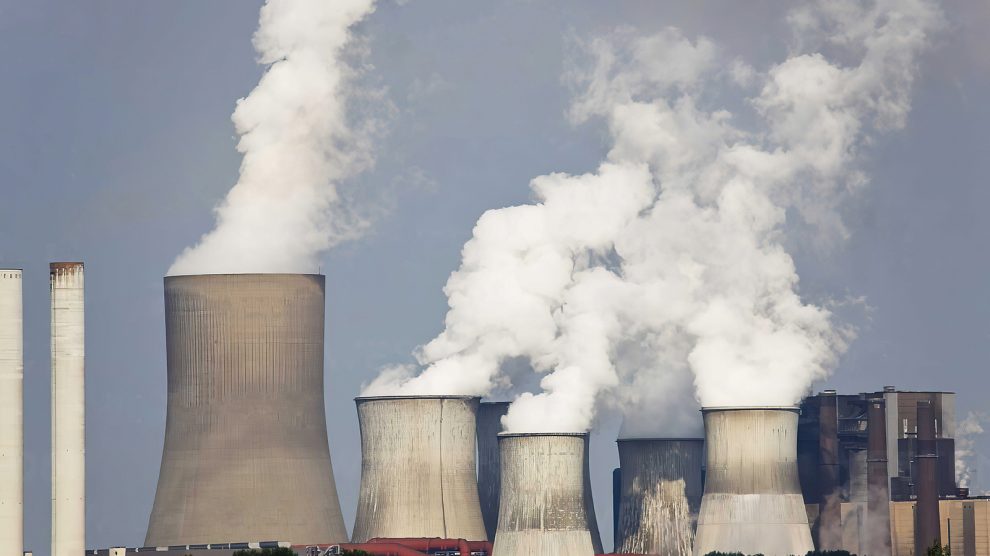 Clean energy solutions aren’t only good news for the climate, they also reduce our dependence on fossil fuels, which are almost always found lurking at the roots of human suffering and conflict.

Across Europe, the cascading effects of Russia’s war in Ukraine and the Covid-19 pandemic can be seen ricocheting against the fallout of the climate crisis. People’s energy bills are skyrocketing; deadly heat waves killed people in their thousands this summer, and the worst drought in 500 years left Europe’s rivers and farmlands dry.

To say that we need to prevent climate change when we are experiencing such dire consequences first-hand feels redundant. Scientists have been warning about the threat that fossil fuels place on our way of life for decades. We should have jettisoned them long ago. But despite this failure, if we act today, we can still cut emissions, adapt to a new, admittedly more unpredictable climate, and ward-off the worst of climate chaos.

A quarter of all global greenhouse gas emissions are currently produced when generating electricity and heat. But these sectors don’t need to be polluting. Affordable and implementable solutions are at our fingertips. Study after study shows that the potential for renewable energy in Central and Eastern Europe is huge, with a variety of options available: from offshore wind on Poland’s Baltic Sea coast, to solar parks on former lignite mines in North Macedonia and Greece.

These clean energy solutions aren’t only good news for the climate, they also reduce our dependence on fossil fuels, which are almost always found lurking at the roots of human suffering and conflict.

To stop burning fossil fuels, we need to electrify sectors such as transport and industry. Naturally, this means that demand for electricity will increase. To meet this demand, we not only need to increase renewable electricity production, we also need to start making significant energy savings.

Millions of households, especially in multi-apartment buildings, could be heated and cooled with less energy if they were retrofitted and modernised. Saving energy would also make industry sectors in Eastern European countries more competitive, as the amount they spend on energy inputs would fall.

What’s more, investments in energy savings and efficiency will pay off even more quickly in today’s costly energy market. But most importantly, efficiency savings benefit everyone, because a reduction in overall energy demand will bring the price of energy down across the board.

As we know that the transition to renewable energy based systems will benefit everybody, why aren’t
we doing everything we can to make it happen faster?

The answer is complex and often location specific, but there are some common themes.

Many utilities have either been slow to understand the all encompassing nature of the transition to renewable energy that is upon us, or have realised this, and are seeking to protect their fossil fuel assets by slowing the transition.

At the other end of the spectrum, would-be owners of small and micro renewables systems (such as household rooftop solar) often meet with barriers when they try to become prosumers. Often this is because decision makers haven’t grasped the enormous economic, social and environmental benefits of decentralising our energy systems, and so haven’t done their part to remove these barriers.

Spending money on energy savings also goes against the pervading logic of our economies, which are geared up to encourage more consumption, not less. But with millions of households across Europe
being plunged into energy poverty, it is high time we designed our energy systems around people, not profits.

Money in our pockets

Consumers would then see first-hand how renewables like solar and wind don’t just benefit our health and climate, but also keep money in our pockets.

Although proposals for more renewable energy have been popping up across Europe, the pathway to implementation remains unnecessarily rocky. Steps are being taken in the right direction, such as the
removal of Poland’s so-called “10H rule” which prohibited the construction of wind farms where there are buildings within a distance equivalent to ten times the height of the turbine.

But the removal of ridiculous barriers such as 10H is not enough. We need to break antiquated investment cycles, and funnel massive financial support into renewable energy, energy savings, and electrification so that the transformation of our energy systems properly takes off.

Fossil fuels (read: wealthy corporations) received 5.8 trillion euros in subsidies in 2020 alone. Were even a fraction of that amount invested in a safe, clean energy future, sectors like heating, where decarbonisation has barely started, would quickly be transformed to the benefit of all of us.

Alexandru Mustață is a campaigner at Europe Beyond Coal.

Through UNITED24, everyone can contribute to Ukraine’s victory
Ukraine’s digital transformation is bringing it closer to the EU 
Comment